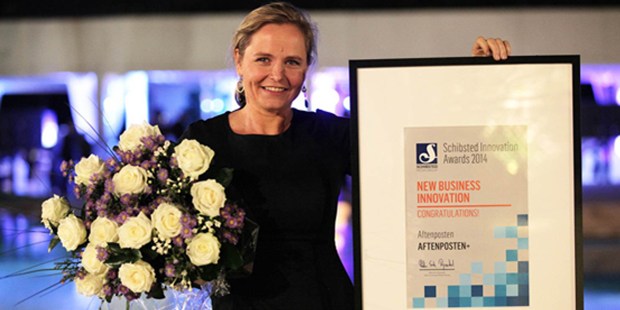 World Digital Media Award to VG´s Godt.no – and the next night Schibsted Innovation Award to Aftenposten +. In both projects Schibsted Tech Polska (STP) did most of the technical development.

– The development team in Schibsted Tech Polska has an important role in helping us win the prize, says Anette Mellbye, head of Aftenposten Mobile.

The night before – in Amsterdam – VG won the prize for “Best Outstanding New product” in World Digital Media Awards for its food site Godt.no.

– This is as much an award to Schibsted Tech Polska as to VG, says Hanne Ajer, technical project manager in VG.

Most development done in STP 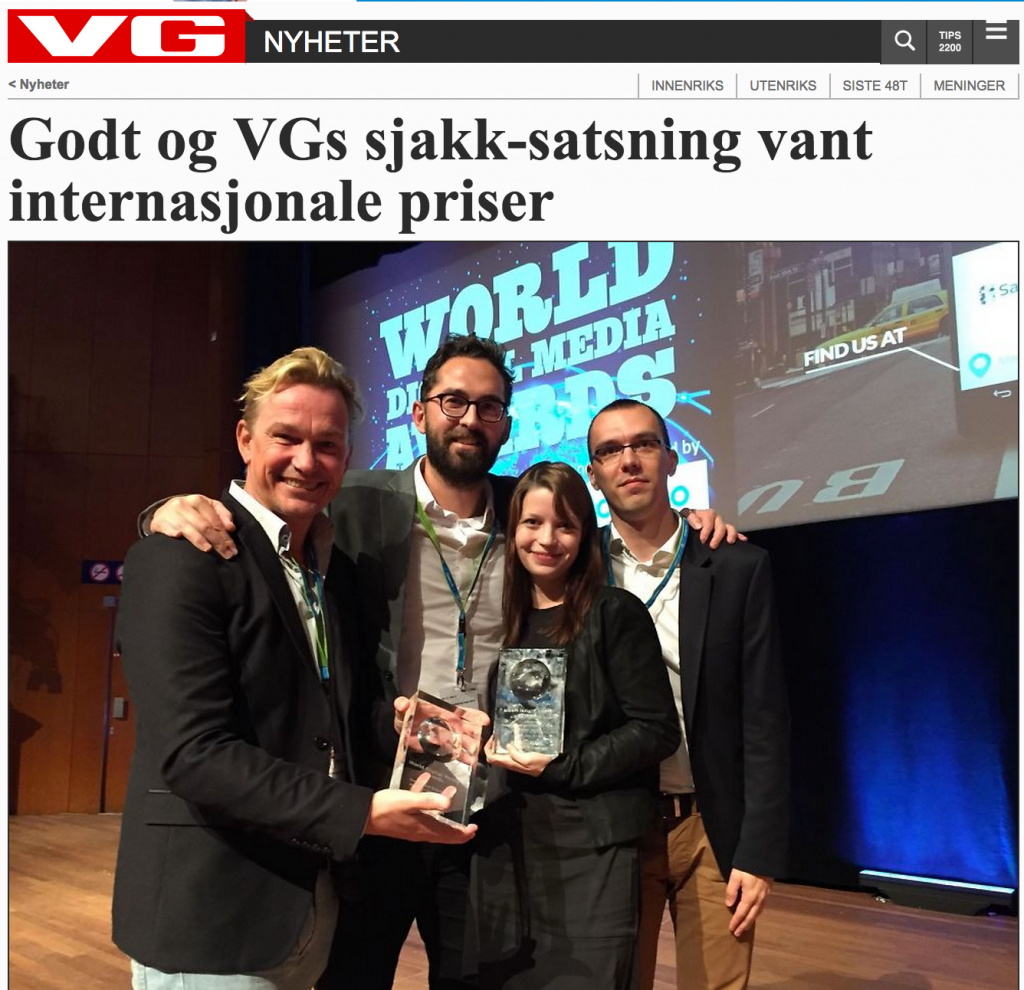 Facsimile from VG.no Tuesday, October 14. VG received prizes both for its food site and coverage of World Chess Championship.

Almost all technical development has been done by its team in Krakow, led by Andrzej Maciurzyński, who also received the prize on behalf of VG in Amsterdam.

The World Digital Media Award is organized by WAN-IFRA, the main global organization for newspapers.

– We have really worked together as a team, and the developers in Schibsted Tech Polska have challenged us with proposals for how to make the product better. Their contributions have had significant positive impact on the final product, says Hanne Ajer in VG.

VG also won the prize for “Best Reader Engagement” for its coverage of World Chess Championship 2013.

The winning project – Aftenposten + – is Aftenposten´s user paid news product, with new apps for both tablet and mobile phones.

– Schibsted Tech Polska has been a very important contributor in the project, says Anette Mellbye in Aftenposten Mobile

– It is very fun to work with so great people, she adds.

The same team in Schibsted Tech Polska, led by Mateusz Kwasniewski, has also developed the Fastenposten project, a much faster mobile front page. Also Fastenposten was nominated for the award.

– We see that our colleagues in Poland are extremely knowledgable about the latest technologies and very dedicated to our products, says Mellbye.