Written by Robert Fijalkowski
Published May 27, 2019

The famous annual Schibsted event is back! Read how we spent over 2 days in Łódź, Poland with movie-themed activities, party and the conference program.

Spring Event is the biggest joint event of the year for employees from both locations in Poland -Krakow and Gdańsk. The event took place in Hotel DoubleTree by Hilton, in Łódź. The hotel was perfectly aligned with the event theme as it’s placed next to the Wytwórnia venue which is a place where famous Polish movies were shot.

The main idea of the movie-themed event was to encourage people to move them outside their comfort zone, to make them think outside the box and strengthen their co-operation not only within the teams, but also across the whole company. 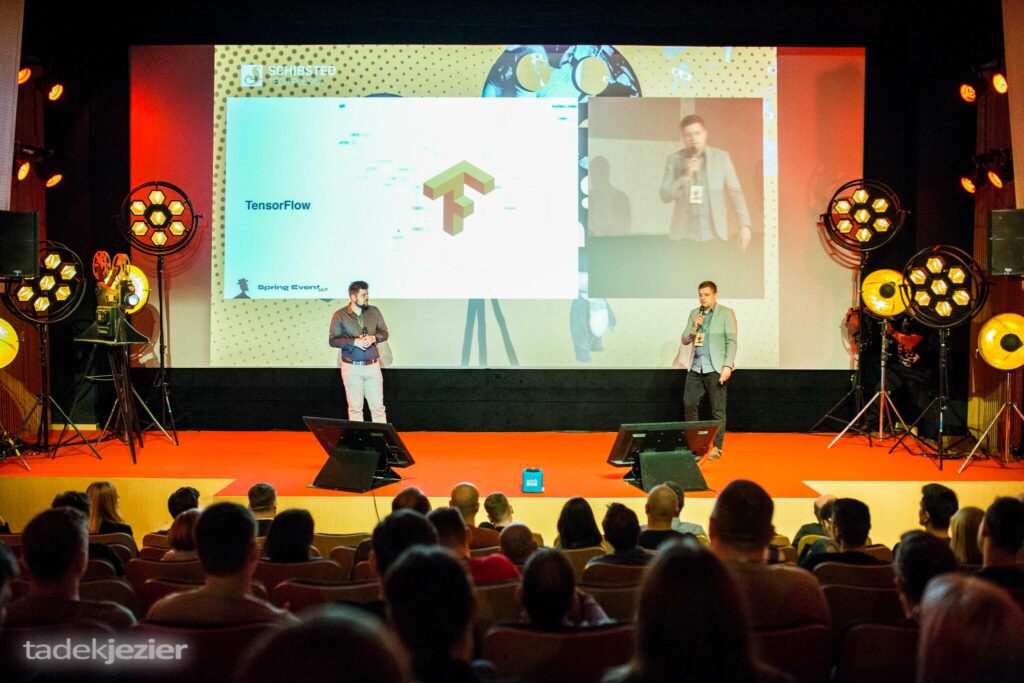 The Conference is the professional program designed with knowledge sharing in mind. This year however it started slightly different. General Roman Polko, who was the leader of the best Polish special force unit initiated this part with a power speech. He shared lots of interesting stories from his professional career with main focus on the key role of the right strategy and proper communication as a pillar of successful joint-efforts. 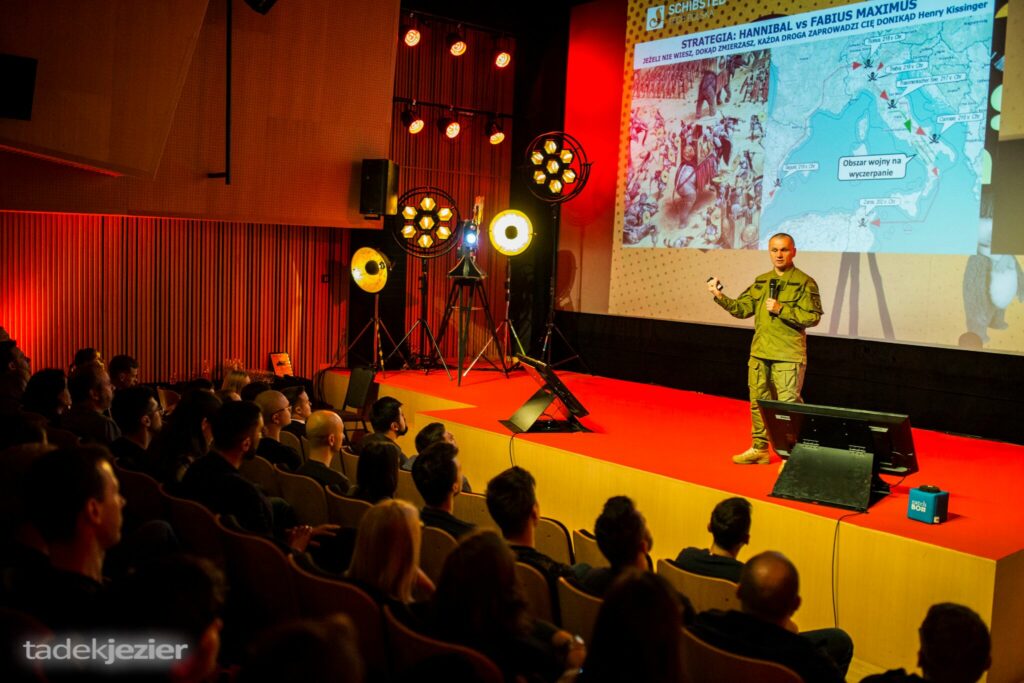 Then it was time for employees to take over the stage. Starting with a presentation about “Building common front-end platform for Schibsted newsrooms” by Julia Miodyńska & Patryk Mrukot. It was a dive dip into the project that shows the current Schibsted philosophy – building sophisticated, easy to develop and expandable platforms that can be used across a number of the newsroom teams.

The last part of the conference program was all about the current trends. Łukasz Toporek & Kacper Sieradziński shared why PHP is not yet dead and which of the languages are on the rise recently. Michał Apanowicz presented what can we expect ahead of the upcoming WWDC conference. Filip Misztal did the same for Android (foldable screens and adopting apps for them seems to be the next bight challenge) finishing with the DevOps Trends by Radosław Lisowski. 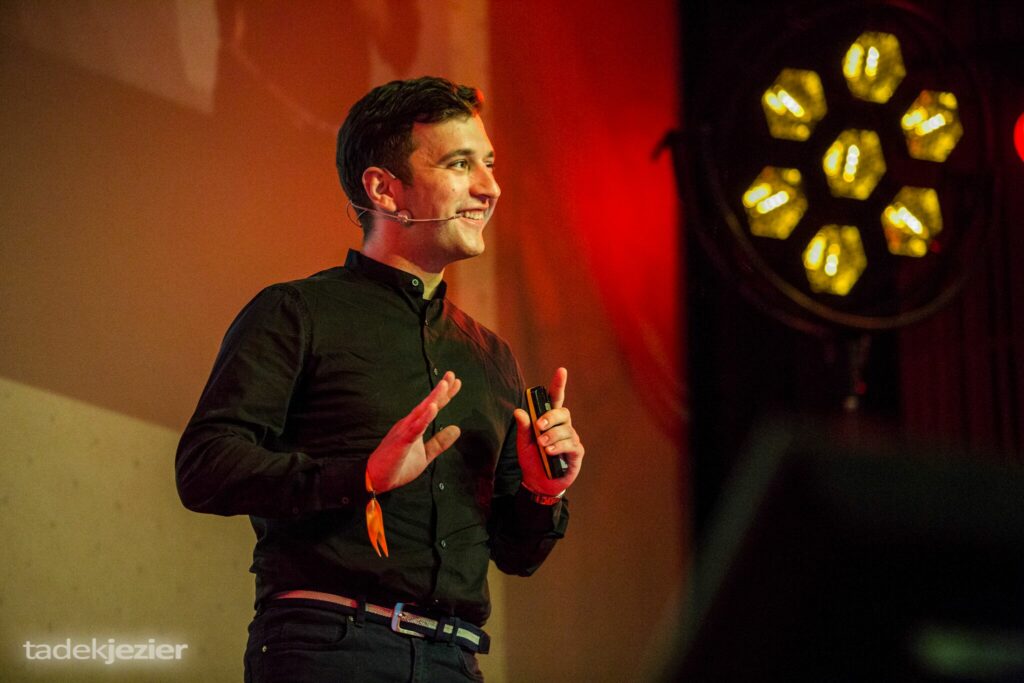 It was time for the movie-themed activities in the afternoon and our employees could choose from:

Silent Cinema – shooting a silent movie. Participants were divided into members of two film crews consisted of director, cameraman, screenwriter, actors, costume designer, plan manager, assistants. Than participants had to choose the scene and the story, draw the storyboard and shoot a movie, with the help of an animator. 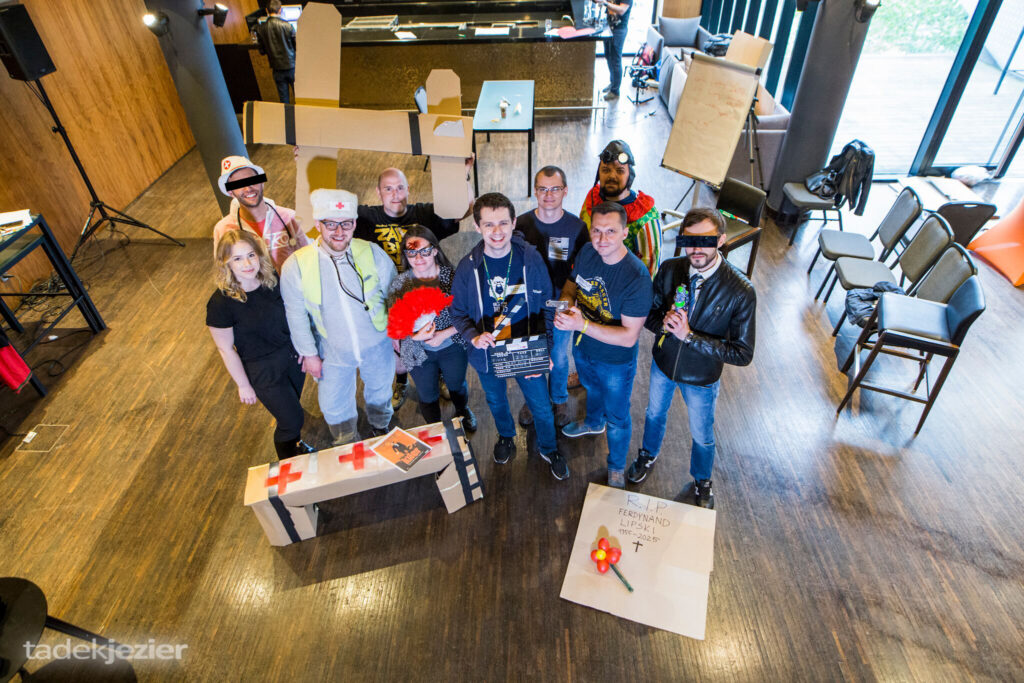 Special Zone – physical activity based on scenes from the movies, like brawls and dodges, falls, punching. All of that under the professional eye of an instructor.

Acting Workshops – acting workshops with a professional actress and singer Aleksandra Dzierżawska. All techniques used in theater revealed together with some tips on how to use them in real life, including the elements of improvisation.

Let’s talk about cinematography – meeting with Cezary Pazura and Kinga Burzyńska that gave a talk about Polish movies and show you some useful acting tips and tricks. 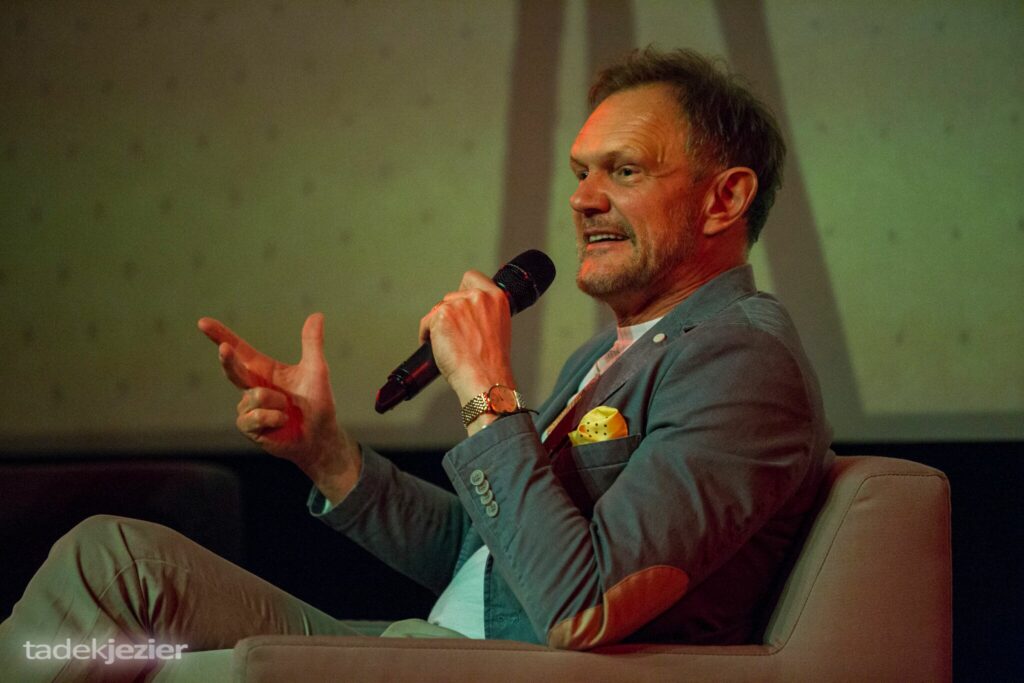 Horror Game – a game based on a scenario of a thriller movie, like Seven. At each station participants are looking for a solution to a story. Each of a tip leads to solving a terrifying puzzle that will solve the mystery. 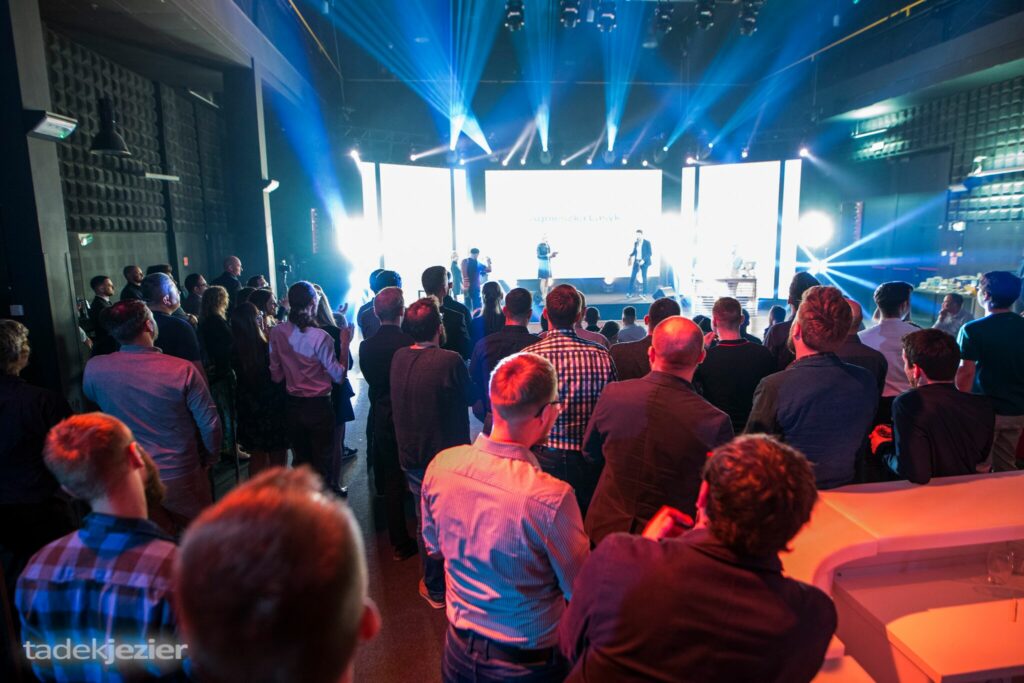 Recognition is a key factor in order to build and maintain a positive atmosphere within the company. We’ve chosen similar format to last year and during the 30 minutes show hosted by Katarzyna Kowalczyk and Robert Fijałkowski the following awards were given:

STP Mood Booster – a person who spreads the positive energy around the company almost all the time
Reward: Agnieszka Lasyk & Robert Fijałkowski 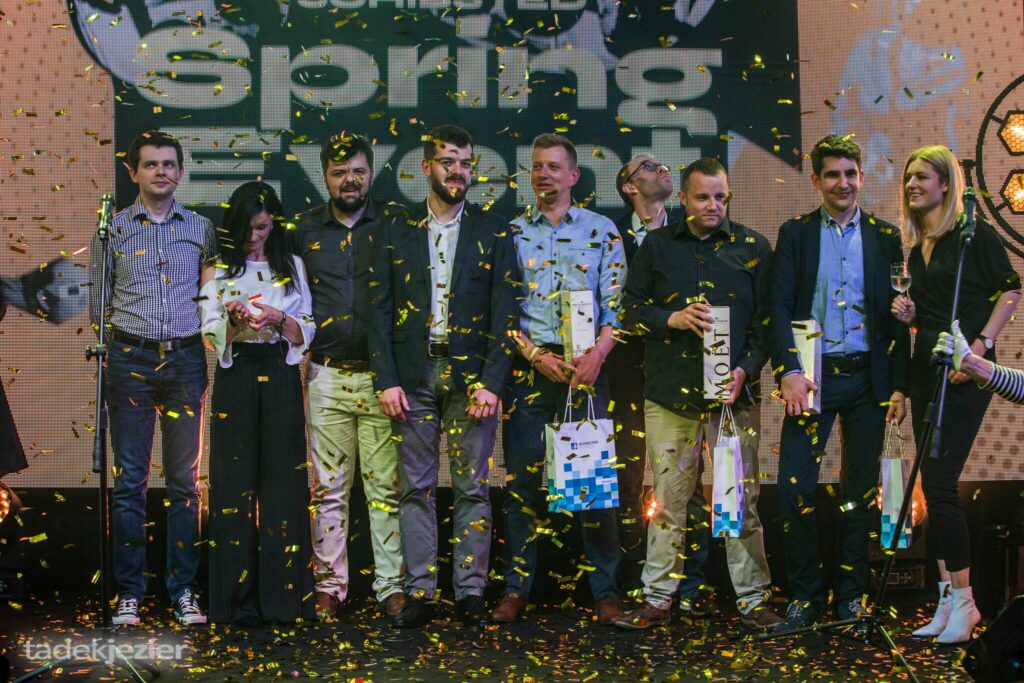 Then it was time for the party! Famous songs from the 90s & 2000s, dance floor full of people throughout the night and the positive atmosphere that lasted until early morning hours.

STP Events are the unforgettable ones and this one proved again that they already became a core of the positive atmosphere that is perceived as the best thing among our employees.

The STP Spring Event was organized by Project Manager, Agnieszka Steczkiewicz with successful cooperation with the Concept Music Art agency.

Written by Robert Fijalkowski
Published May 27, 2019