Project of the Year helps journalists drive traffic to their stories 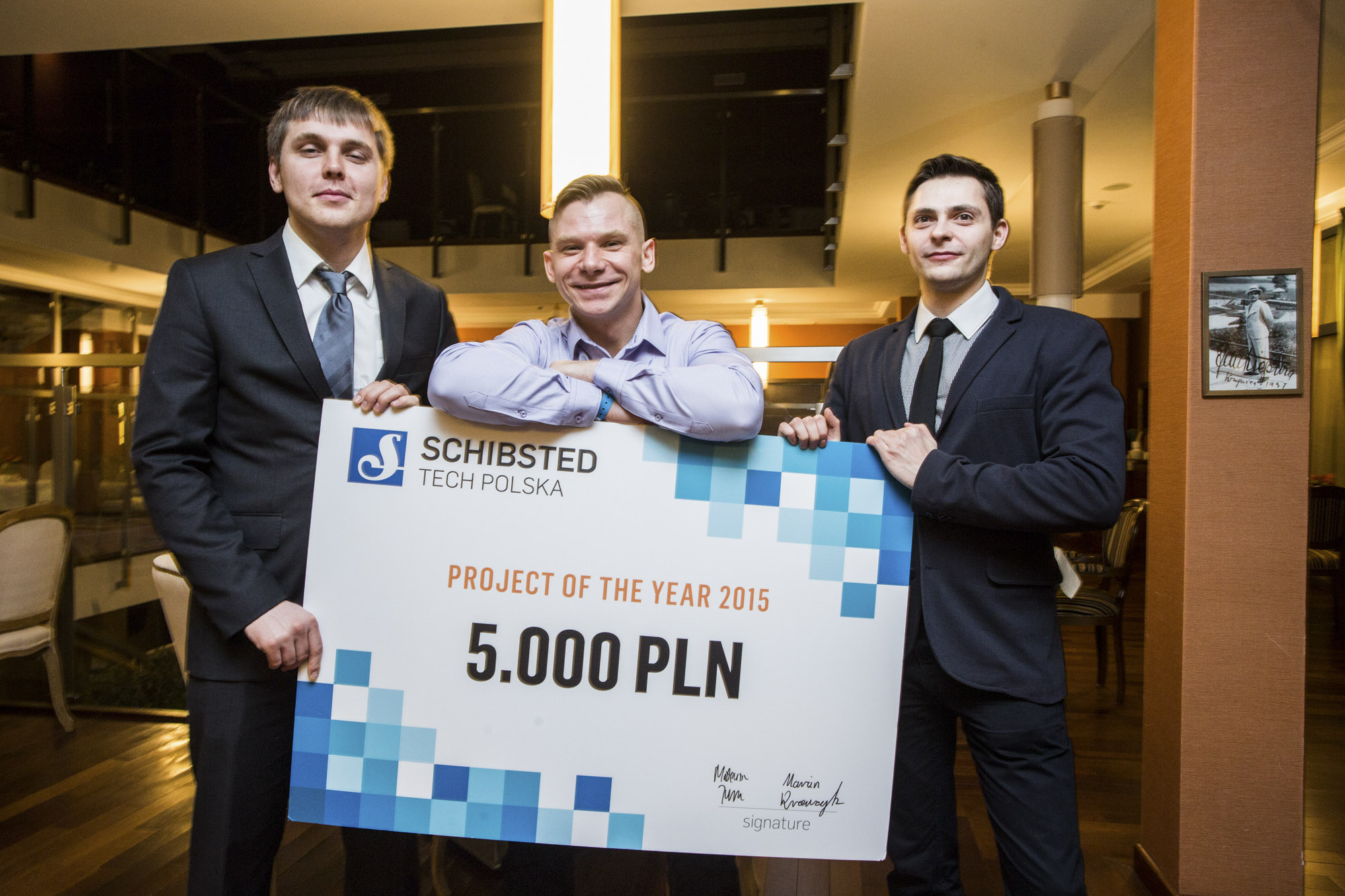 There are lots of tools to measure web site traffic, such as Google Analytics and Optimizely. Still, journalists have very specific needs that are not addressed by the most common tools.

That was the analysis when the Engage project – a part of Schibsted’s emerging new media platform – was born.

During the STP Winter Event 2016 this project won the Schibsted Tech Polska Project of the Year award. A happy team in Krakow received 5.000 PLN as a reward for their great work.

The Engage tool has been rolled out in several leading media houses in Scandinavia, helping journalists to be better at what they do.

“It sure has been a fun project,” smiles Mateusz Cyburt, one of the three Engage developers in Krakow.

Software developer Tomasz Racia presented the Engage project at the Schibsted Tech Polska Winter Event. Here is a video of his presentation:

Engage is one component in a bigger media platform Schibsted Media Group is building for its media houses. “The vision is to create an end-to-end state of the art tool for all our journalists,” says product manager Geir Larsen in Oslo.

The project started one year ago. Currently 7 people are part of the development team. In Oslo is the product manager, a UX designer and 2 developers, while 3 developers work in Schibsted Tech Polska in Krakow.

We have open positions!

The idea behind Engage is to make a tailor-made tool for journalists integrating relevant traffic statistics live into their workflow.

“In the past journalists did not have to worry about how their articles were distributed. Today it is an essential part of being journalist.”

He says the tool in particular helps the journalists in two areas:

“Before most of the traffic to a news site came directly to the front page. Today more and more traffic comes directly to a specific article – and each article therefore becomes a front page in itself.”

Journalists in the different media houses have continuously given feedback to the team about their needs. Often the roadmap is changed depending on the test results.

Working both in Oslo and Krakow the development team meets physically four times per year. Every week they have a video stand-up. Github is used to add new tasks. The developers then decide among themselves who will do which tasks.

“A key feature is recirculation. It shows how many readers move on from a particular article to another,” explains developer Kamil Grela.

“And we notice that recirculation has improved since we launched the tool, ” adds colleague Tomasz Racia. 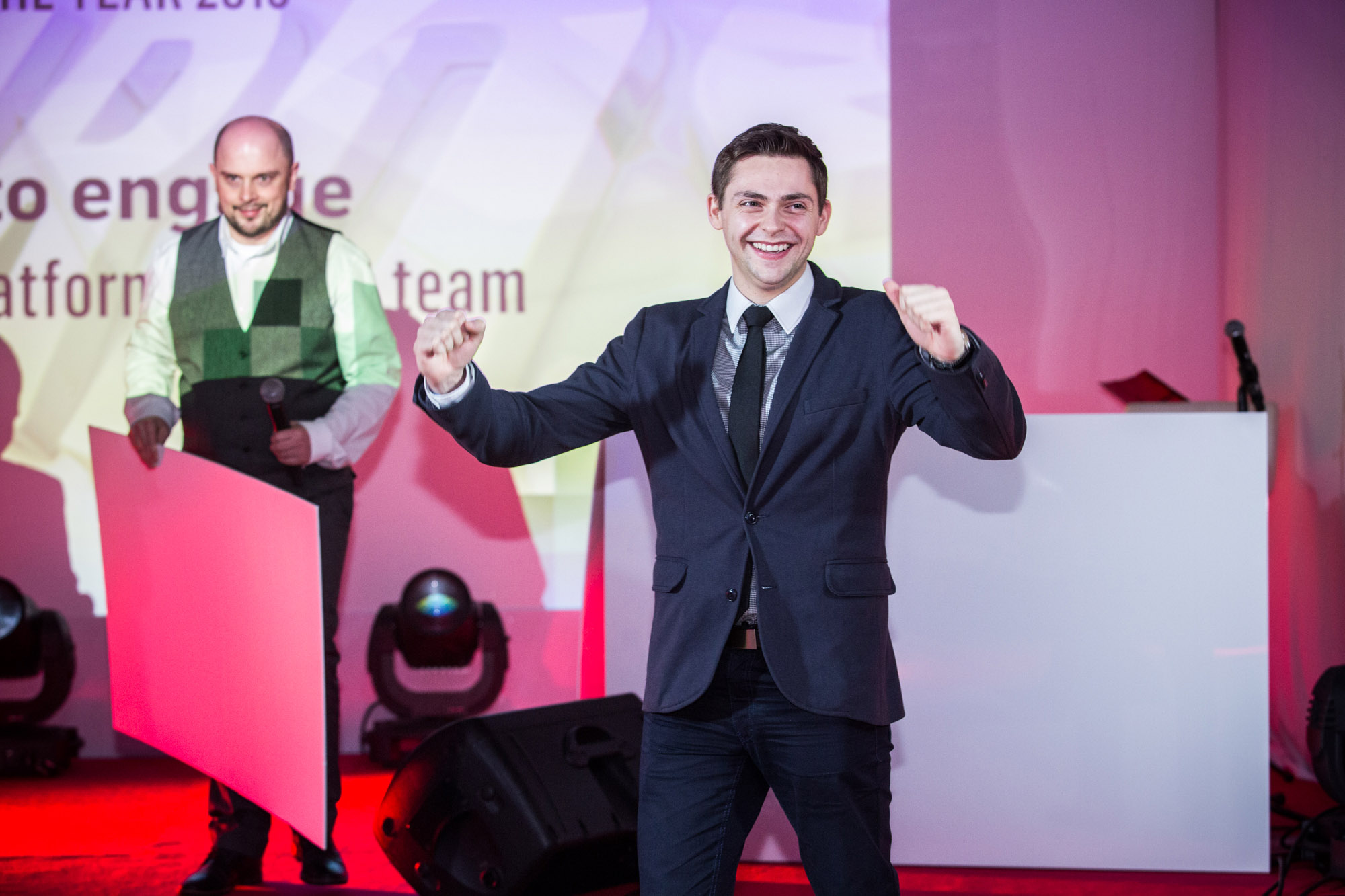 The tool consists of five components:

“For far too long journalists have not had tools good enough to do their work. We don’t think that our tool will be better than the huge professional analytics tools. What makes Engage unique is that we can integrate the tool into the natural work flow of the journalists,” says Geir Larsen. 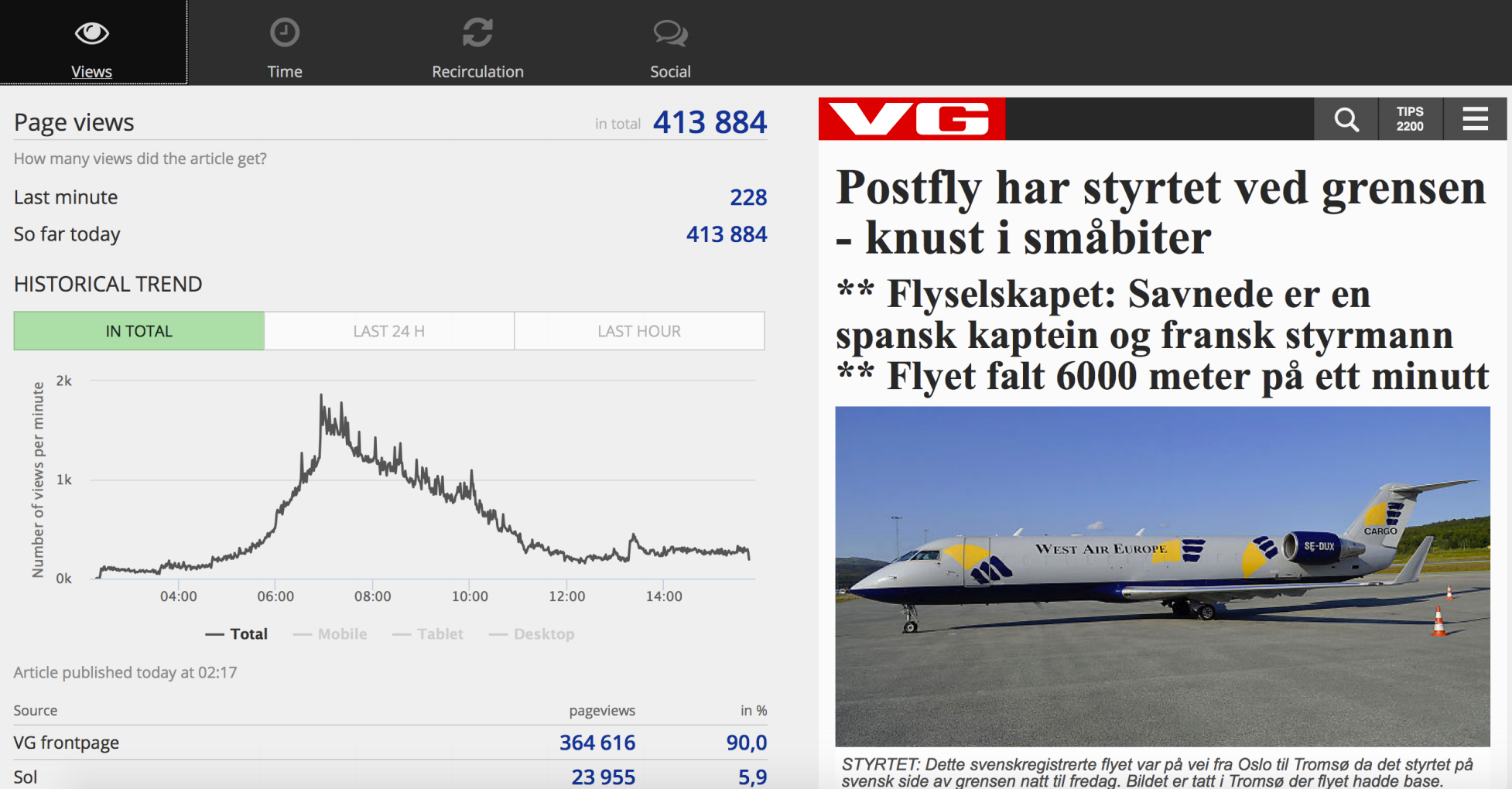 The developers have used a number of new technologies in building the tool. 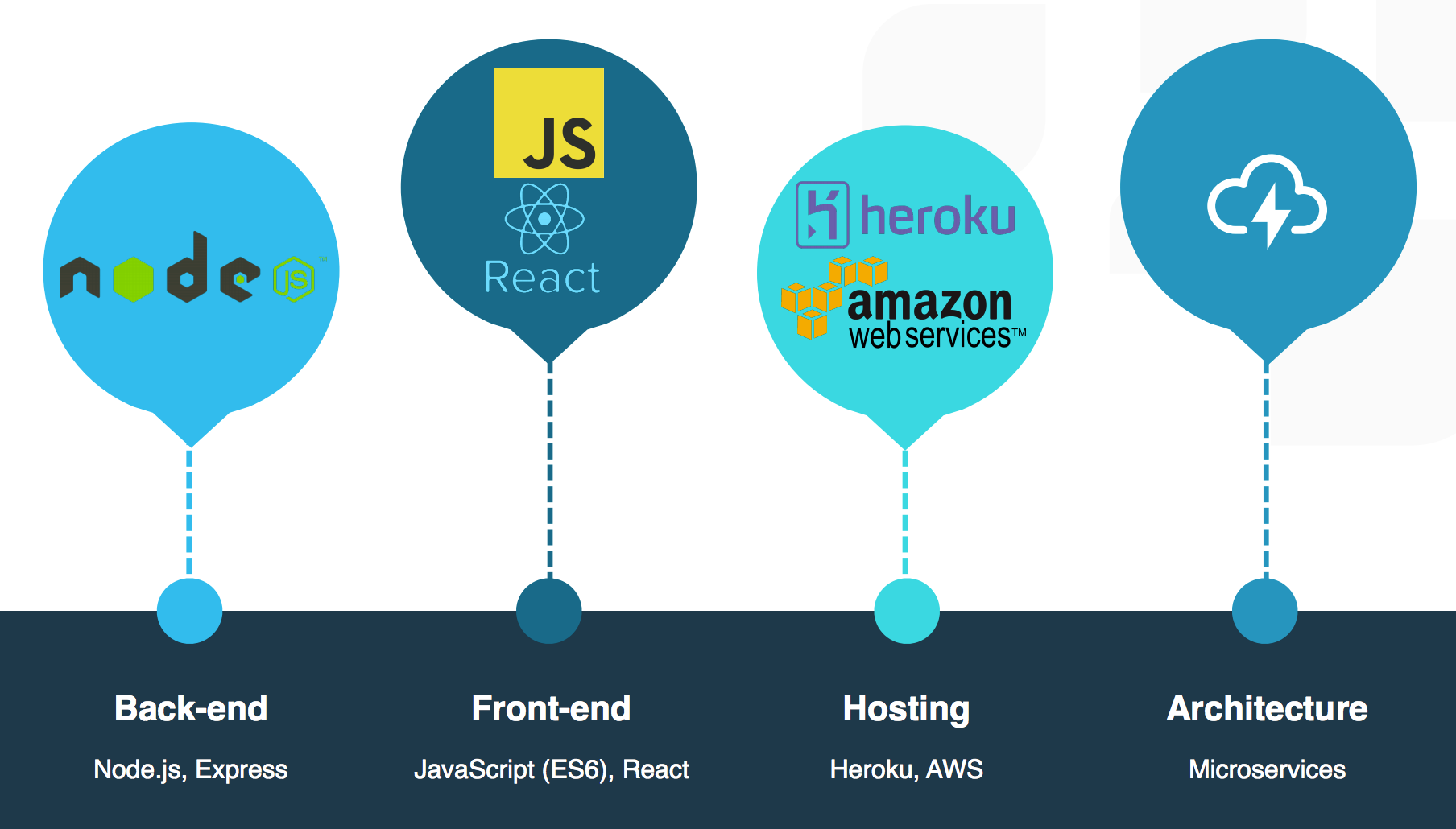 “As developers we have had big influence in what technologies to use in this project. That has made it a fun project. Also it is challenging to work in a distributed team. But that has the benefit that you do not get stuck as easily, ” says developer Mateusz Cyburt, who spent a longer period in Norway during the development project. 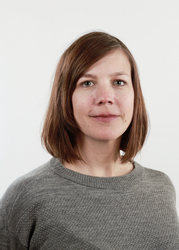 Deputy managing editor Heidi Ertzeid in the Norwegian media house Aftenposten is full of praise for the new tool.

“Especially for the reporters it has been very useful to have immediate feedback on their articles. In Engage they don’t just see the the number of views, but also where the traffic is coming from, recirculation stats, reading time and engagement in social media. The journalists are very satisfied”.

Ertzeid explains that the journalists are using the Engage tool to improve their content, both through the immediate feedback on specific articles, and as a result of long-term analysis of the data.

“For example, many journalists adjust the links in their articles if they see that the recirculation is low. They can add, remove, move or change links based on the data they get. ” 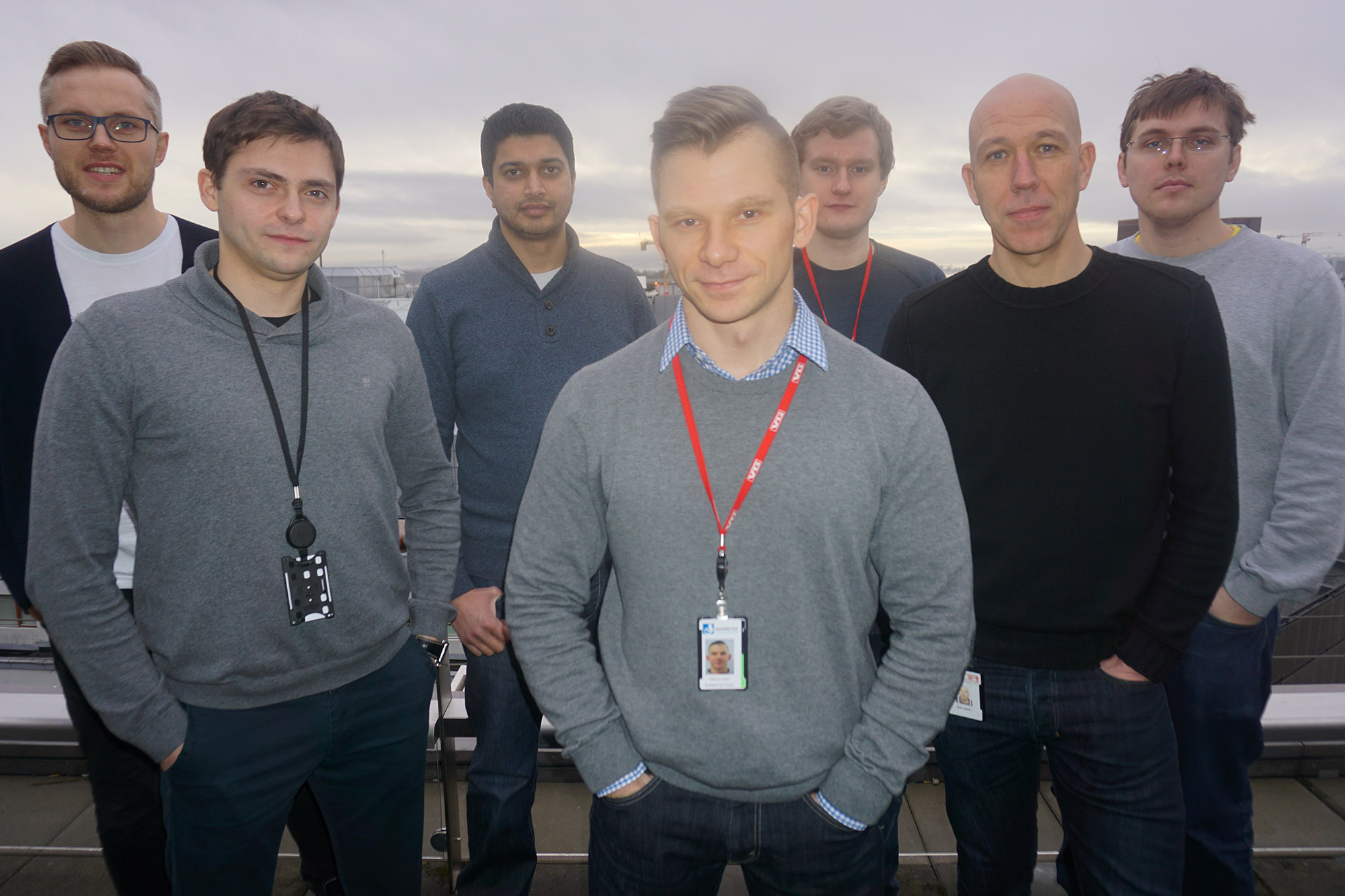