Aftenposten´s Fiks Dette is Project of the Year in Schibsted Tech Polska. So far almost 3000 small and big issues in Oslo´s streets have been fixed thanks to the application built in Krakow. 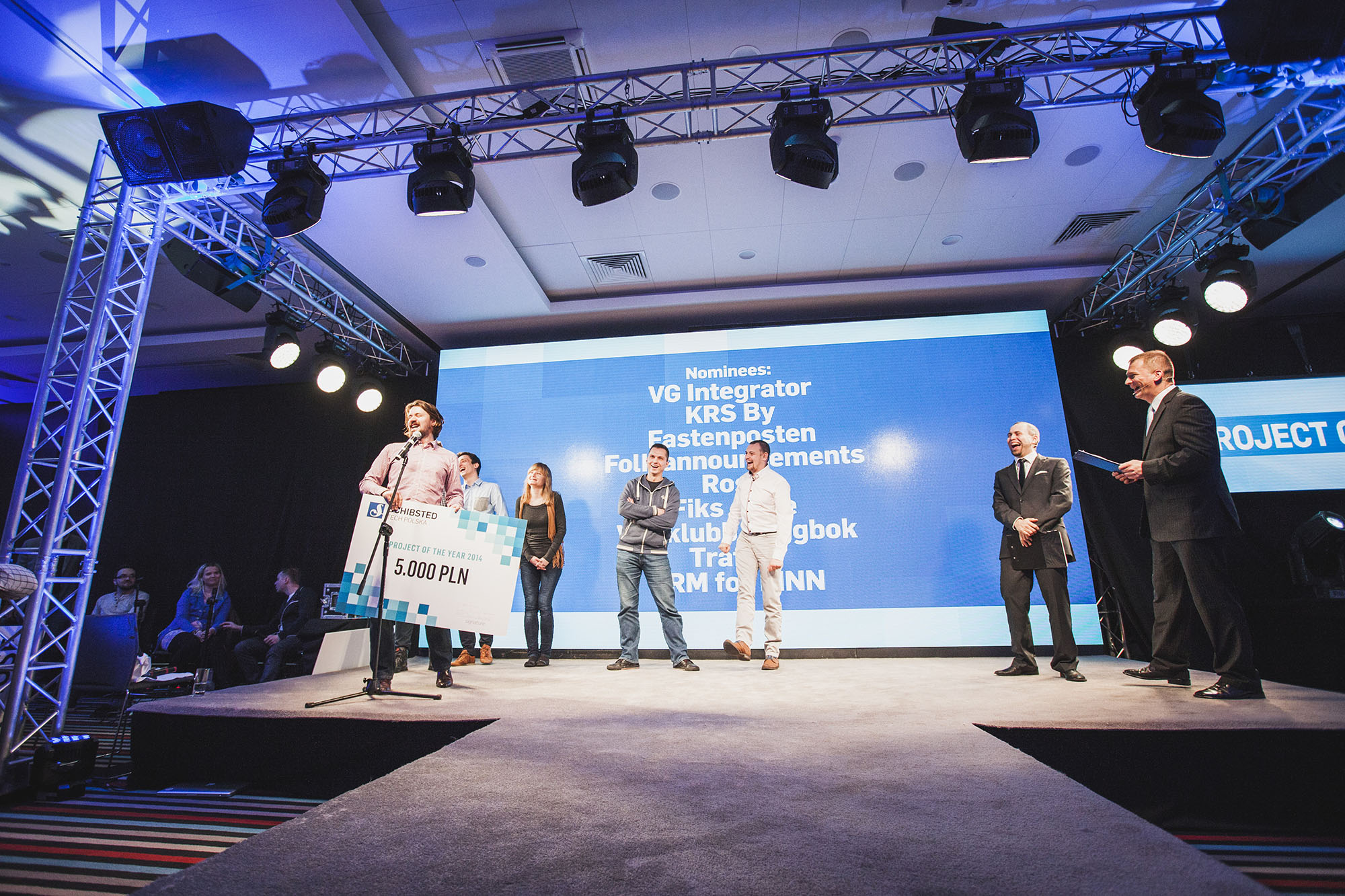 They call themselves the A-team. Seven software engineers in Schibsted Tech Polska develop software for Aftenposten, a leading media house in Norway.

Fiks Dette (Fix This) was the first project after the team was established last year.  It is a mobile application that allows citizens in the Norwegian capital to photograph and report small and big issues in Oslo directly to the city authorities.

At the annual STP Winter Event in Mikolajki in northern Poland the team won the Project of the Year Award for the Fiks Dette application.

– It is actually a quite simple project technically speaking. But it influences people´s real life, and that is why we wanted to compete for the award, says team leader Robert Tekielak.

Here is the Aftenposten presentation

The Aftenposten had made their own “TV commercial” to promote their project. Here is the Project of the Year presentation given at the Schibsted Tech Polska Winter Event.

Fiks Dette is a service from Osloby.no, a city guide owned by Aftenposten. It is a web app designed for mobile use – and it is also integrated in the Osloby apps.

With the app readers can take photos of lacking street lights, holes in the road or other issues in Oslo´s streets that should be fixed. The app automatically records the location of the reader and he/she can make a small description of the problem.

The report goes directly to the city environment agency in the municipality of Oslo. And the authorities have been quick to fix the issues. So far 2855 issues have been reported by citizens, and 2817 have been solved.

The companies working for the city got so busy that they even had to start fixing roads in the middle of the night.

Still the city authorities were all smiles when the service was launched. – The more complaints the better! That is only positive. All we want is to increase the quality of the city,  stated Hans Edvardsen, CEO of the Oslo City Environment Agency, to Osloby.no at the time. 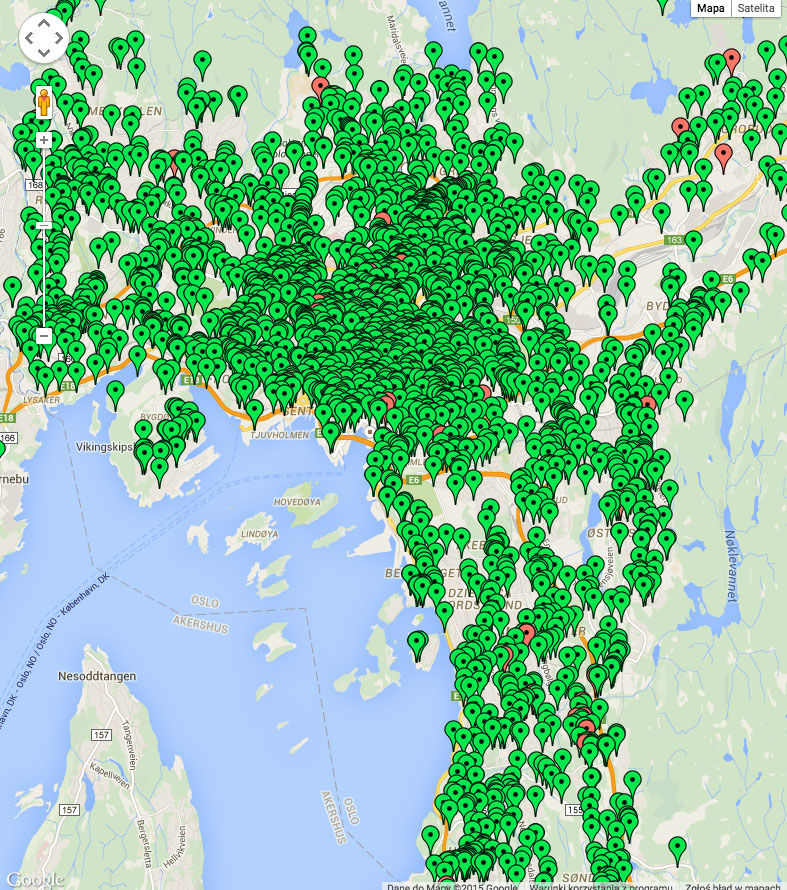 Issues have been reported to Fiks Dette from all over the Norwegian capital Oslo. Of 2855 issues only 38 (the red dots) remain to be solved.

Happy for Project of the Year Award

The Aftenposten team was naturally very happy for the 5000 PLN Project of the Year award and now is eagerly planning how the money should be spent to boost the A-team spirit even higher. 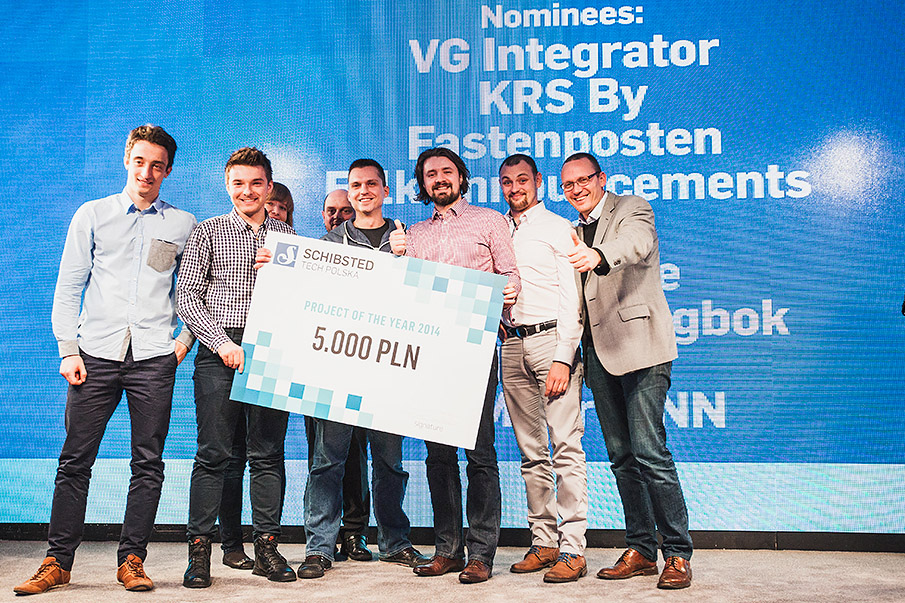 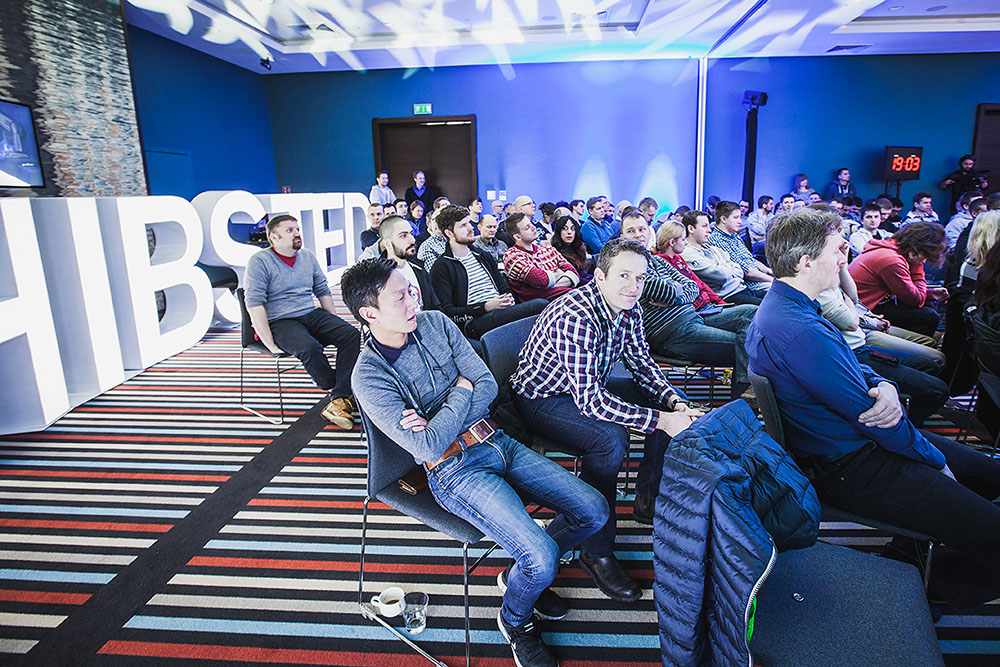 Robert Tekielak explains that the team used AngularJS to build the frontend of the app.

– We made a separate application in Java with an admin panel, statistics and API for the issue reports. Everything is hosted in the cloud on Heroko. The design is of course fully responsive.

Congratulations from the city of Oslo

City authorities in Norway´s capital send their warmest congratulations to the Aftenposten team in Krakow for the STP Project of the Year Award.

– Oslo City Environment Agency wishes to develop solutions that surprise and excite Oslo´s citizen.  By using smart and efficient communication platforms like social media and apps we experienced a fantastic response from close to 40.000 followers who use our innovative solutions.