They built a super-fast news app

Cutting-edge technologies and more than 20 prototypes led to a super-fast new version of the innovative Swedish news app Omni. 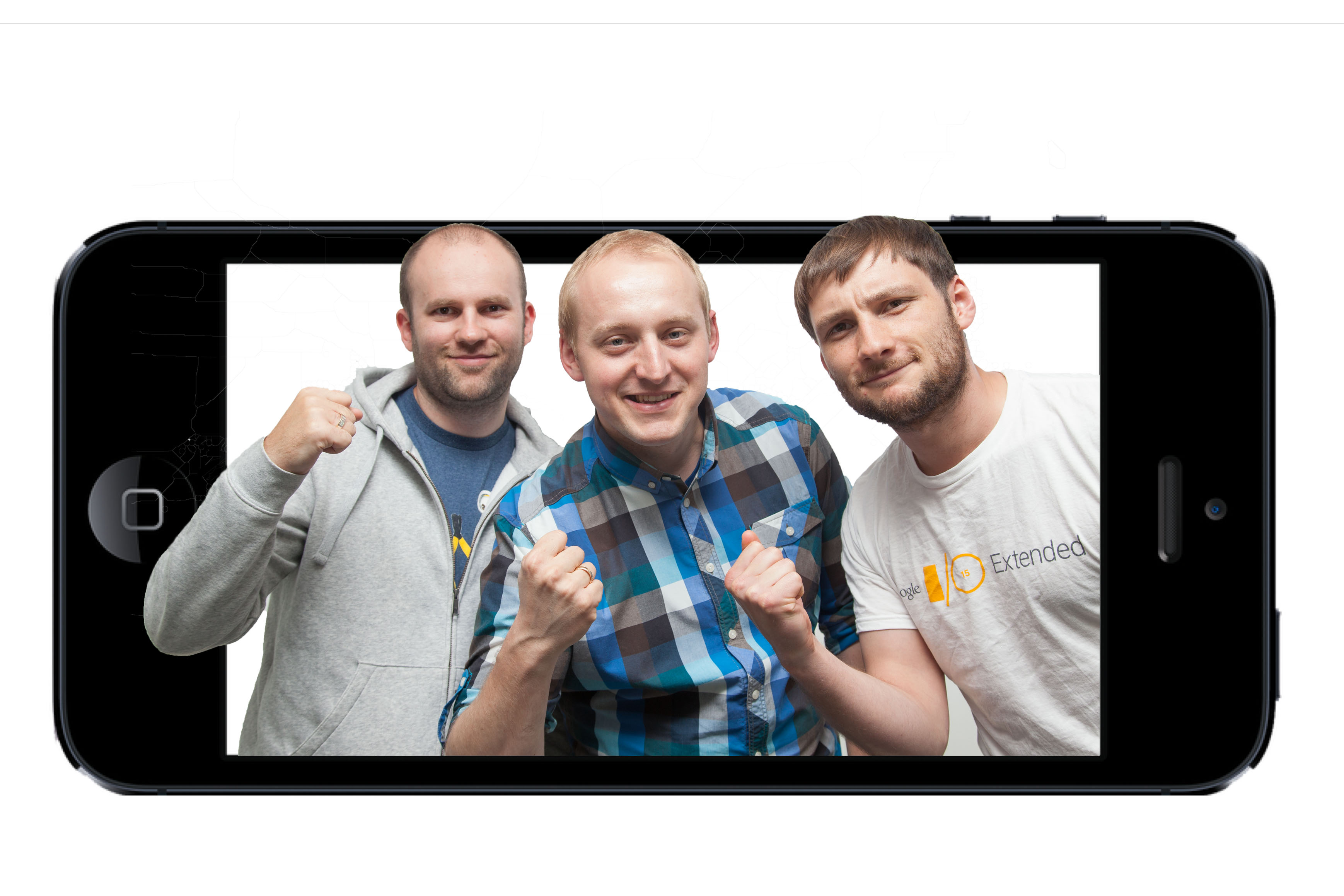 “It is the best development project I have ever been part of,” boosts Android developer Damian Petla at Schibsted Tech Polska in Gdansk.

Just a few more days of final coding and the native versions of the popular Swedish news app Omni is ready to be launched both for iOS and Android. “It will be one of the fastest news apps in the world, claims tech lead Alexander Nordström in Stockholm.

The Omni app is currently used by more than 500.000 people every week. Using a custom-made CMS journalists continuously aggregate news from different sources, write short summaries and present the content with links to the different news sources.

“It is a new way of experiencing news, ” Omni writes on its website. “We gather news and perspectives from all news sources -and offer both a quick overview and unique in-depth coverage at the same time.” 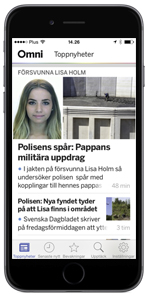 The previous Omni apps were developed as web pages in native wrappers.

“But it was time to build the next generation apps,” says tech lead Nordström.  And Omni decided that meant the apps should be all native – both for iOS and Android phones.

“We wanted both to improve the performance and make use of cool native functionalities,” Nordström explains.

Previously the iOS app had been developed first – and then adapted for Android. This time Omni decided to develop the two apps in parallell with the user experience adjusted for each platform. At Schibsted Tech Polska in Gdansk Michał Waśniewski and Damian Petla were sitting next to each other working on one app each.

The technologies are cutting-edge, the two native developers say:

“We had great freedom in choosing technologies – and used Swift for iOS and Kotlin for Android,” they explain.

UX designer Arkadiusz Janeczko says he was impressed by the emphasis Omni in Sweden put on the users and their needs.

“They were extremely focused on prototyping. And all prototypes were tested on users before taking the next step,” he says.

More than 20 prototypes were made before the real coding started.  Pixate was used to make the prototypes.  Every week users were invited to give test the latest prototype – and their input was continuously shared with the development team.

“From my experience it is very rare to be part of a project with so heavy emphasis on prototyping,” says Janeczko.

The final app loads metadata for 105 stories immediately after being opened. That means users can swipe through the stories with no lag at all. The front page is endless – new stories will be loaded the further down the front screen the user gets.

Tech lead Alexander Nordström explains that the team works fully distributed. Great emphasis is placed on meeting physically from time to time, but between these meetings the team members have a lot of freedom to choose where and when to work.

“It is a kind of Github-driven methodology with milestones and issues linked to the milestones. The stand-ups are asynchronous with everybody writing their daily accomplishments in a closed chat group on Slack.

“We only have video meetings when needed”

“How has this methodology worked?”

“It has worked great! Of course this way of working requires a lot from the developers. They have to be very independent and contribute great ideas. But we try to involve everyone in the different steps of the process. ”

Coding by the sea

The team has met physically about 6 times during the development process.

For instance the Swedish and Polish programmers went for a few days to the sea close to Stockholm. With a nice view they were coding together – and having nice social time in the evenings.

And next week the team will meet in Gdansk for the final bits and pieces before the apps can be launched for users. 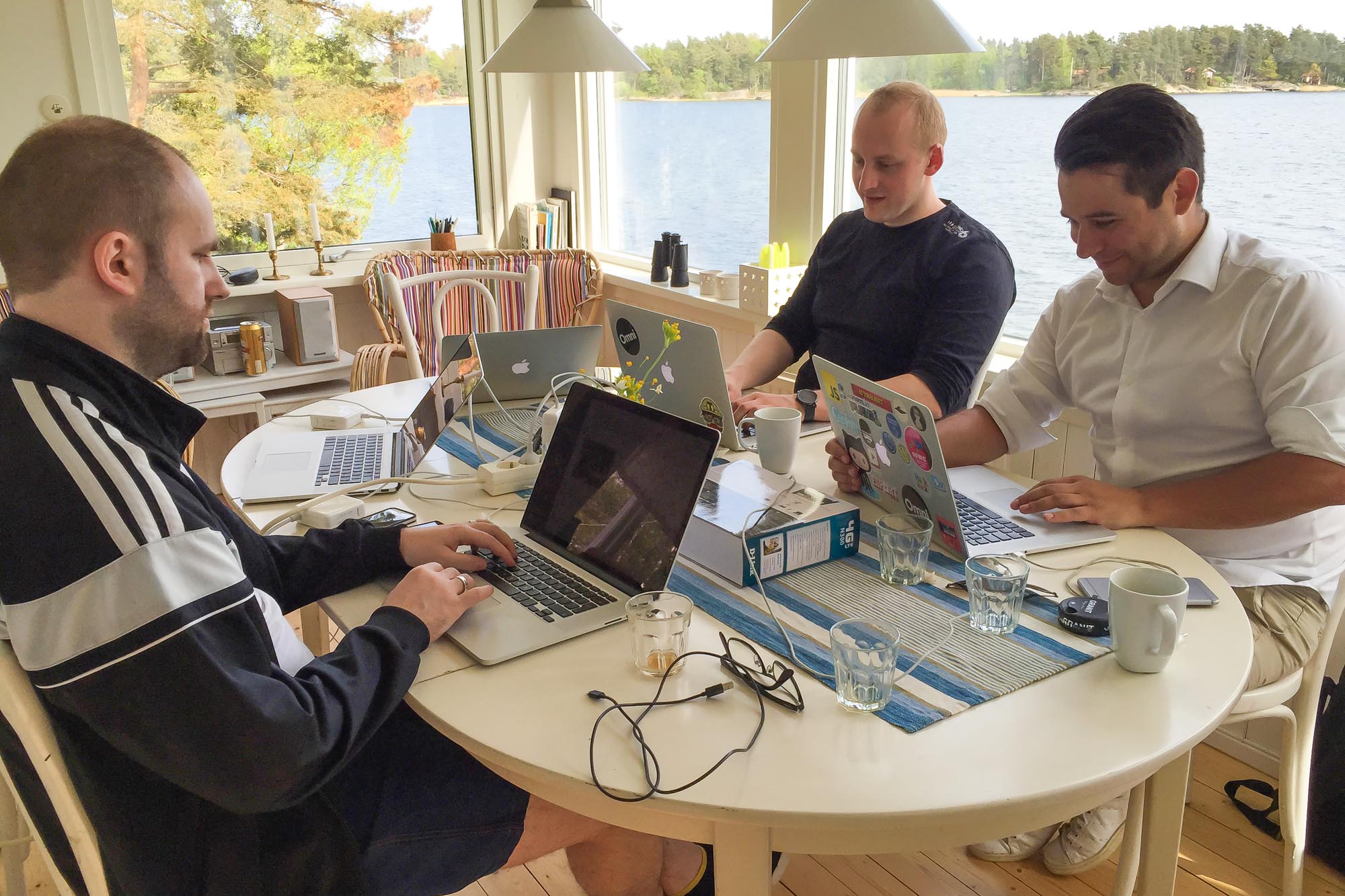 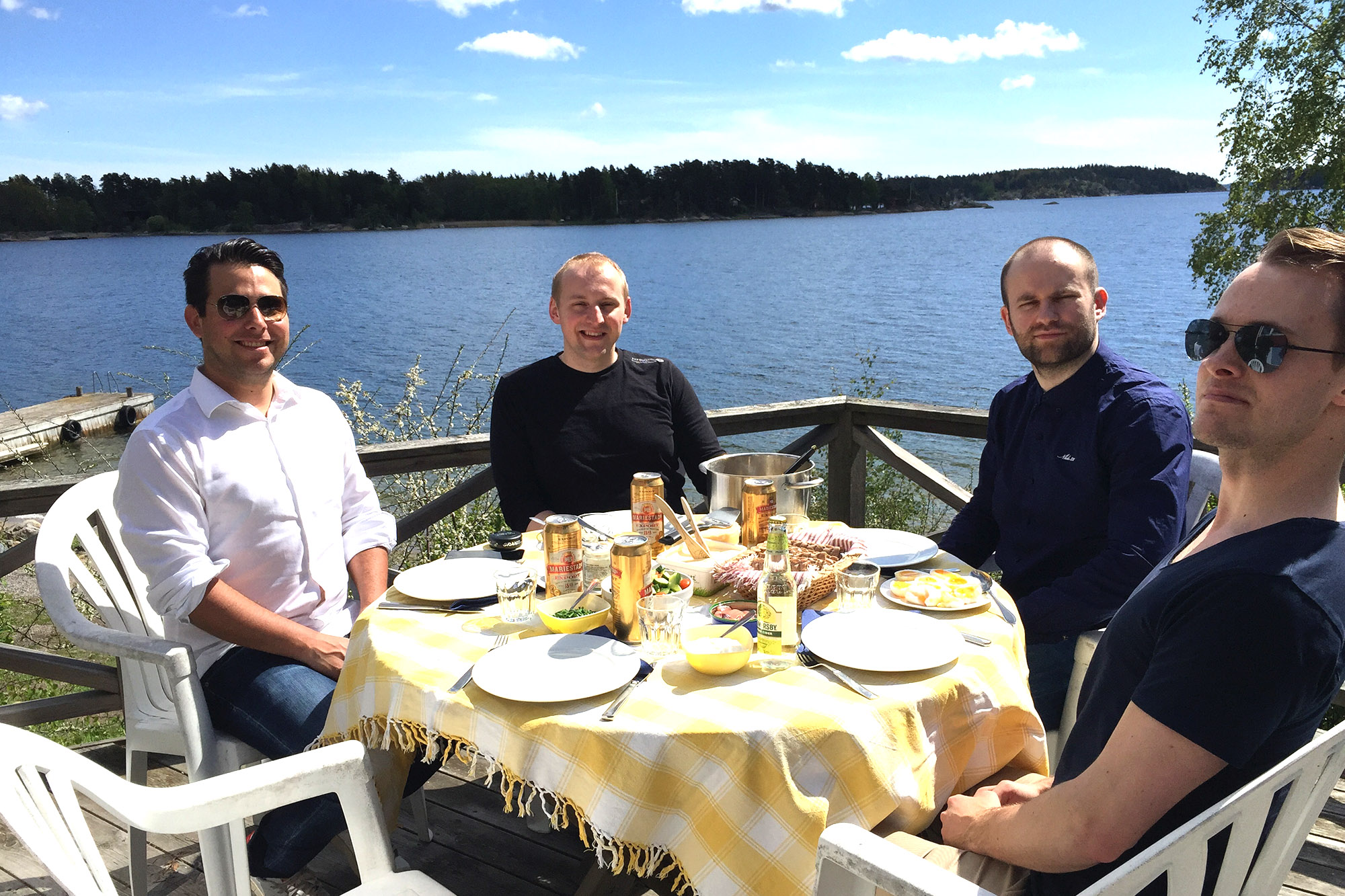 The developers in Gdansk are very proud of what they have achieved.

“The apps are extremely fast – as native apps should be. They are also very well designed and utilize native components to a large extent,” says Michał Waśniewski