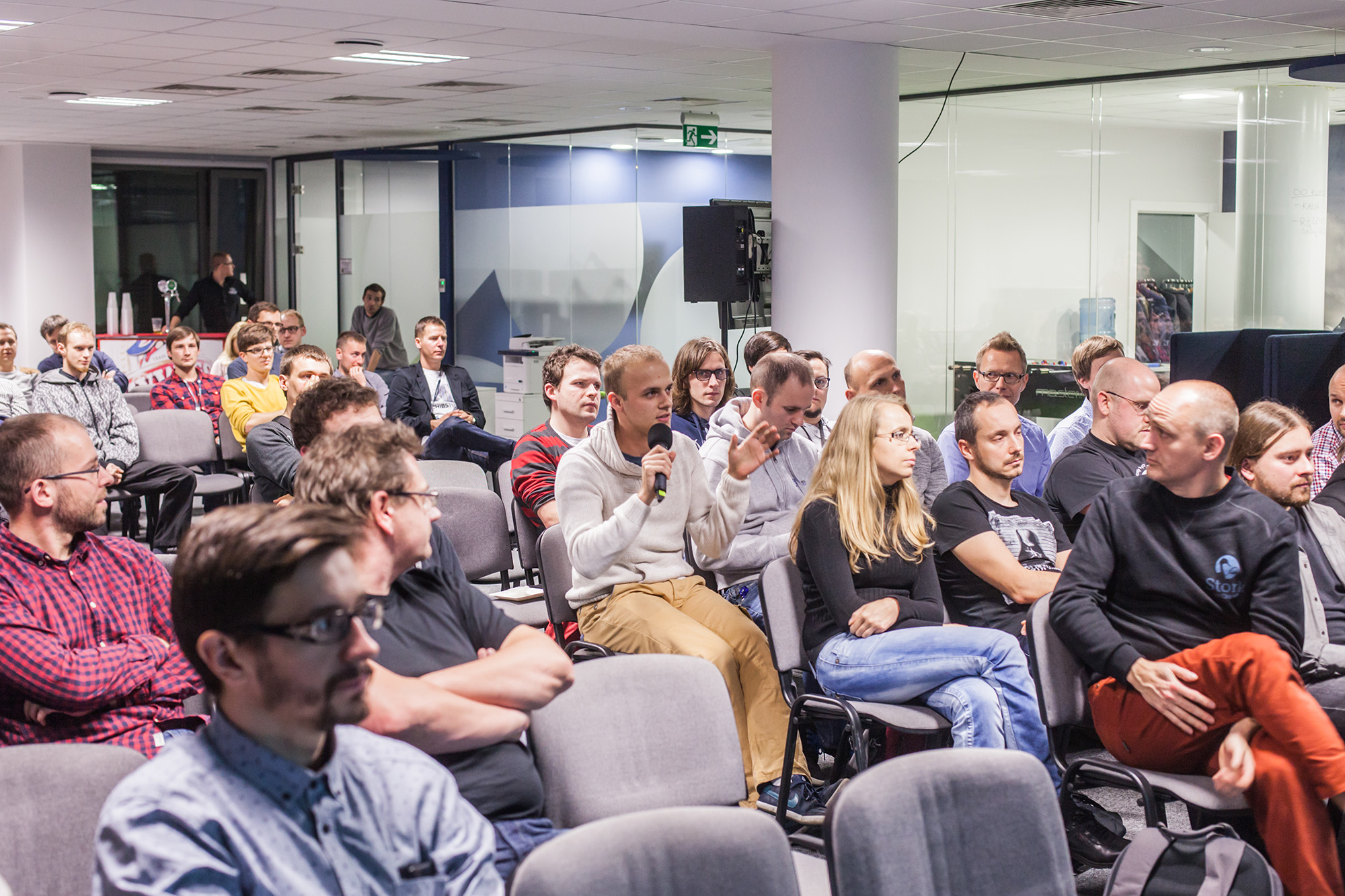 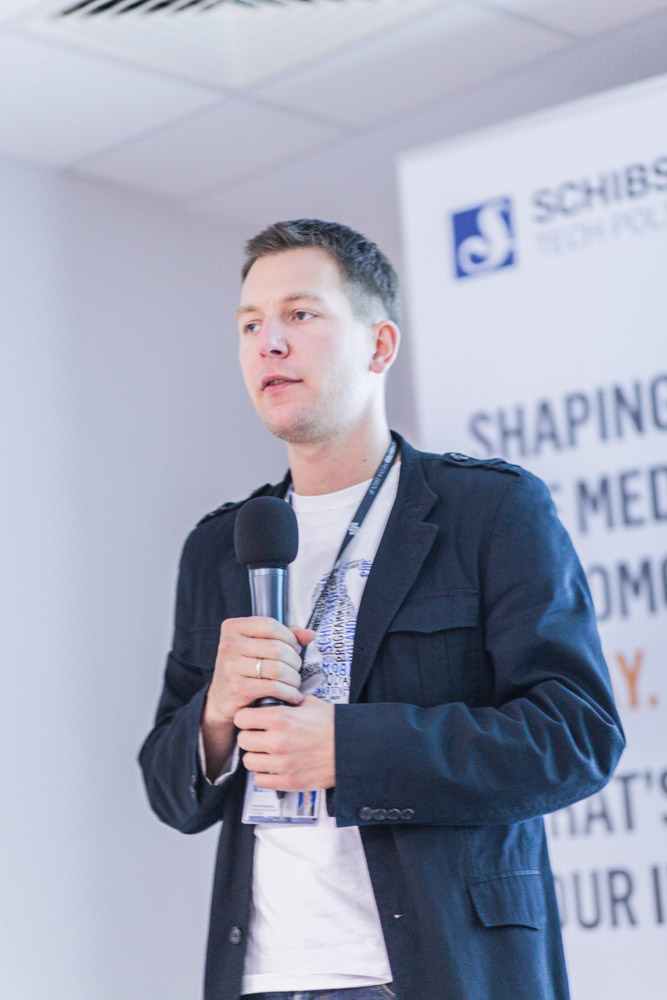 All desks were cleaned away – and the offices instead filled with chairs, sandwiches, coffee and beer. On the screens flashed one of the slogans of Schibsted Media Group: “The future is now”.

It was meetup time in Schibsted Tech Polska in Gdansk – and a chance for the tech community in Tri-cities to visit our brand new offices in Olivia Business Centre.

The interest was much higher than expected – and many of the participants took the opportunity to mingle with other programmers after the presentations.

– Our office in Gdansk is still very new – and we wanted to share some of our knowledge and how we work with other programmers in the area, says Tomasz Zarzeczny, site manager for Schibsted Tech Polska in Gdansk.

Presenters were a mix of invited Scandinavian guests and employes in Schibsted Tech Polska. 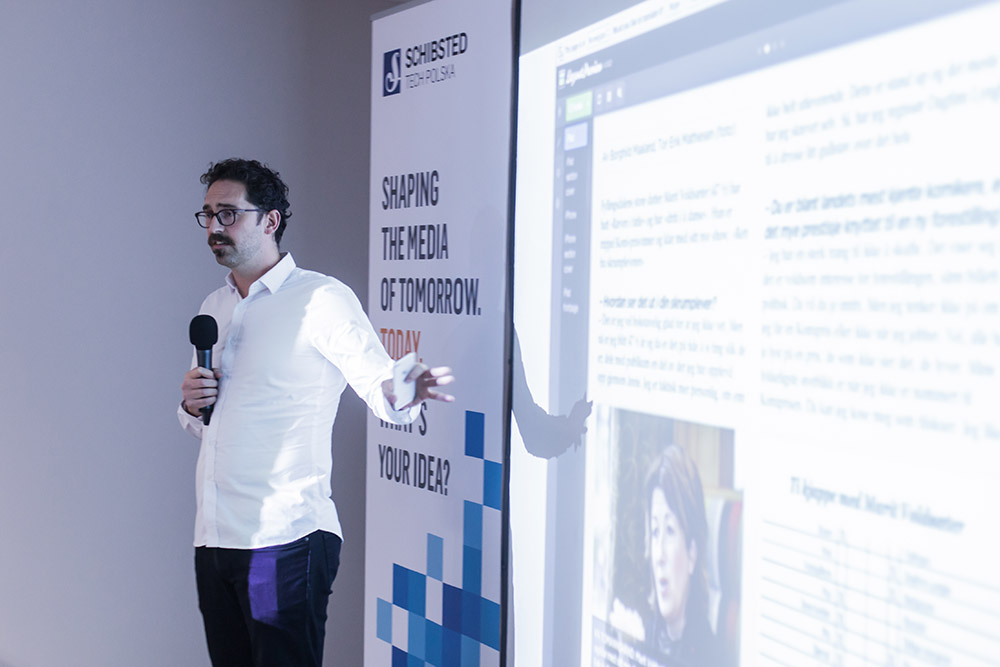 Few media houses in the world has been as successful in building mobile news products as VG in Norway. Every week 1,1 million Norwegians (out of a population of 5 million) visit the mobile site of VG.

When the premium VG+ app for iPad and iPhone was redesigned, a hybrid solution was chosen, replacing the previous native apps.

Woods listed some of the advantages of this approach, including increased editorial control over article layouts and multiplatform support. 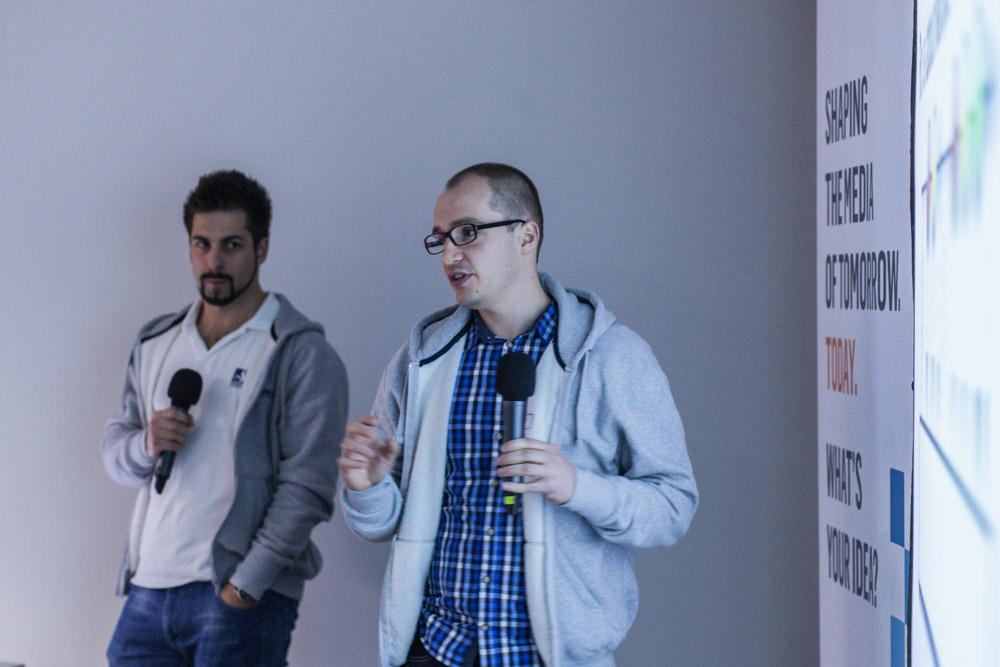 Artur Glier and Maciej Walczyński from Aftonbladet´s team in Krakow

Aftonbladet is Sweden´s biggest news site – and has had tremendous success with its innovative mobile products.

One of Aftonbladet´s teams in Schibsted Tech Polska specializes in mobile development.

In their presentation Maciej Walczyński and Artur Glier talked about how they try to use functional reactive programming when developing native apps for Aftonbladet. Playing humorously with each other as IOS developer (Walczyński) and Android developer (Glier) they underscored how reactive programming in their opinion works well working with both platforms. 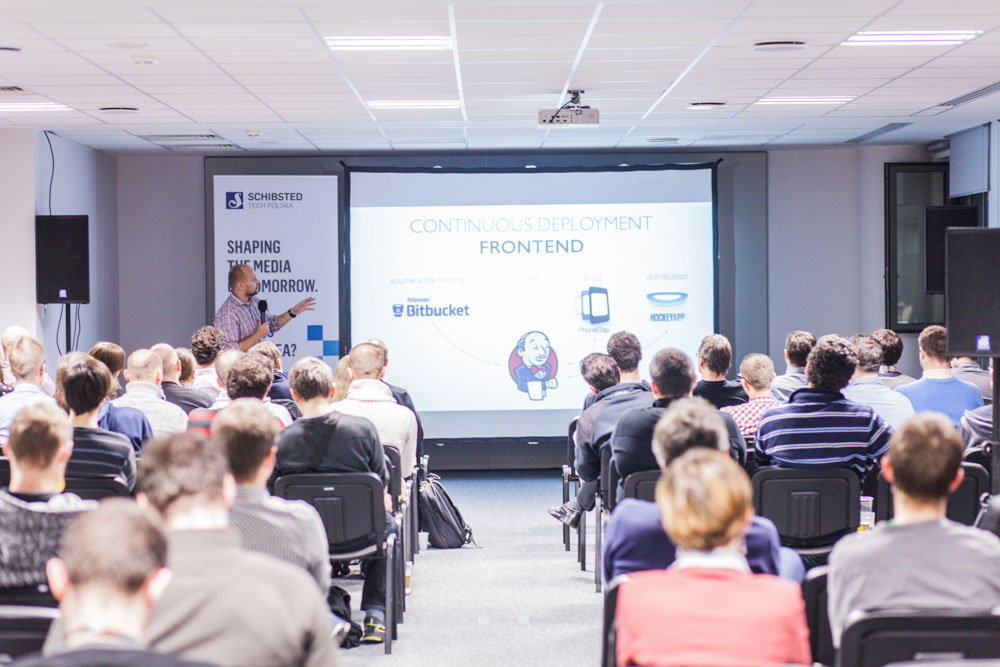 Traffic jams are common in the Norwegian “oil capital” Stavanger – and the media house Stavanger Aftenblad decided to develop a mobile app helping readers alert each other about traffic problems.

Michal Plactha leads Stavanger Aftenblad´s team in Schibsted Tech Polska and told meetup participants why they had decided to use the open source framework Phonegap to develop the application.

– One of the advantages is easy app development across different platforms, he explained. 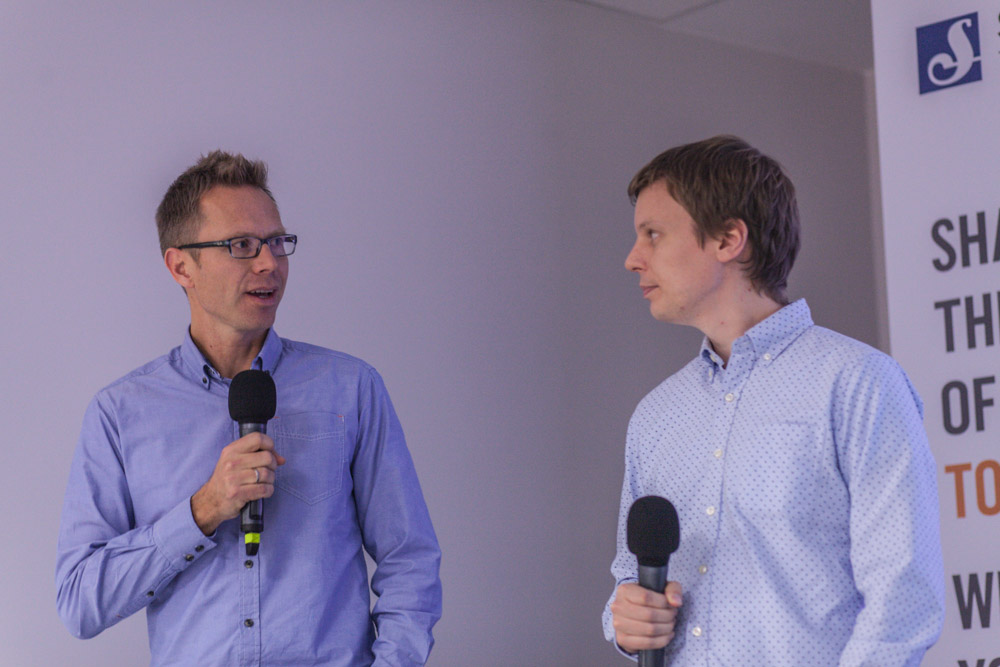 The music service Wimp competes with Spotify in the market for streaming music. Wimp, in which Schibsted Media Group is the majority owner, currently has about 520.000 paying subscribers in Norway, Denmark, Sweden, Germany and Poland.

Mobile phones today is the major platform for Wimp, with 68 per cent of the usage, explained Pål Berg, Head of Client Development and Torkjel Austad, Head of QA.

Berg and Austad described some of their basic principles for mobile development, such as:

See the slides from the presentation here

Site manager Tomasz Zarzeczny was very satisfied with the first meetup in the Gdansk offices.

– This is definitely something we would like to repeat in the future. Our impression is that there are not that many meetups focusing on mobile development. Schibsted Tech Polska does many exciting mobile projects together with our partners – and would love to share our knowledge with others, he says.

More photos from the meetup 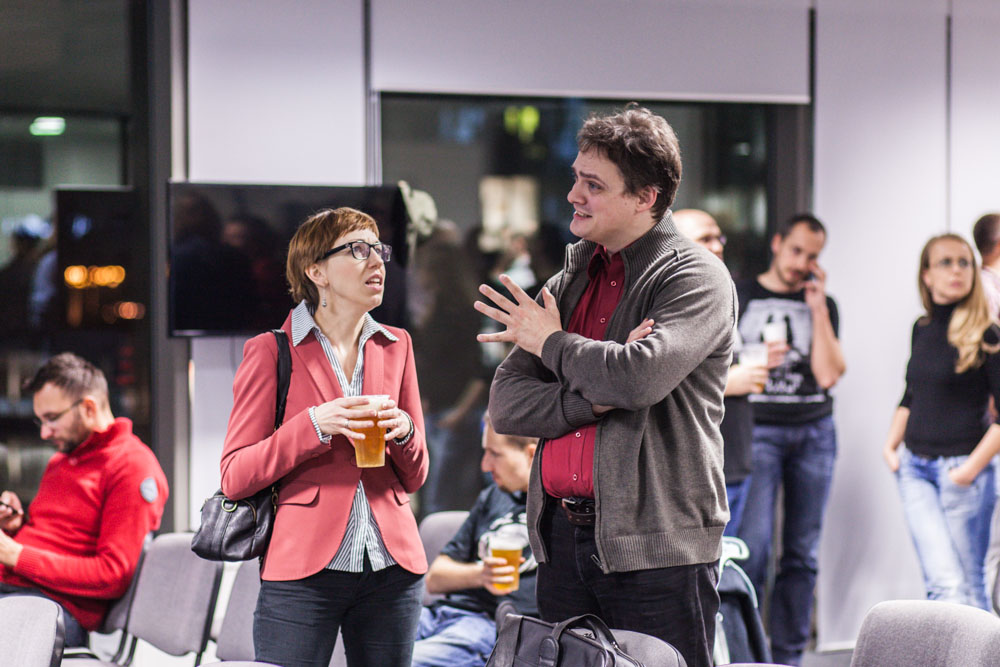 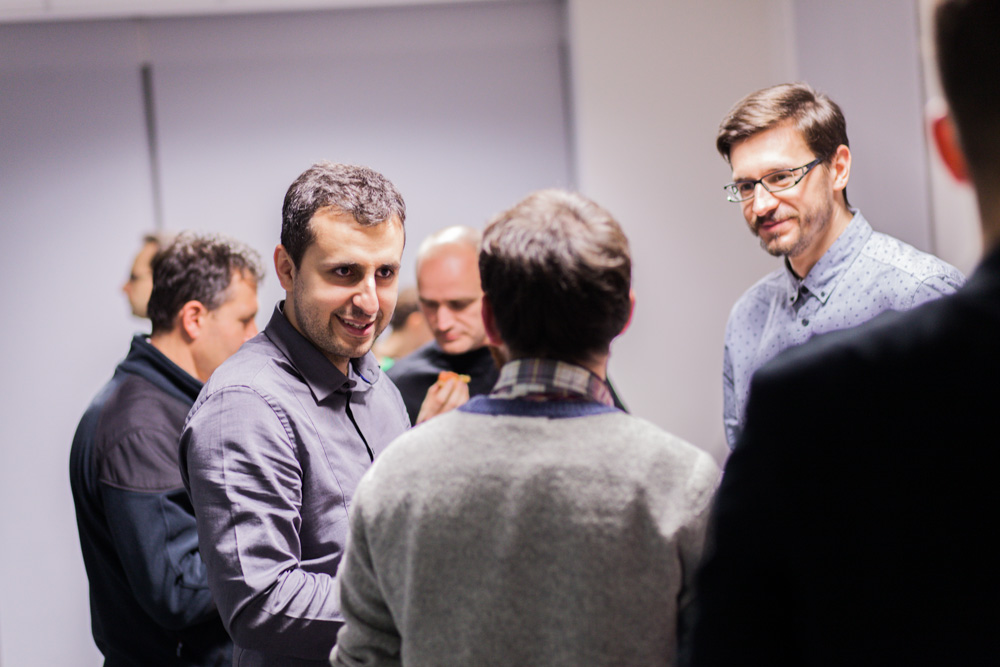 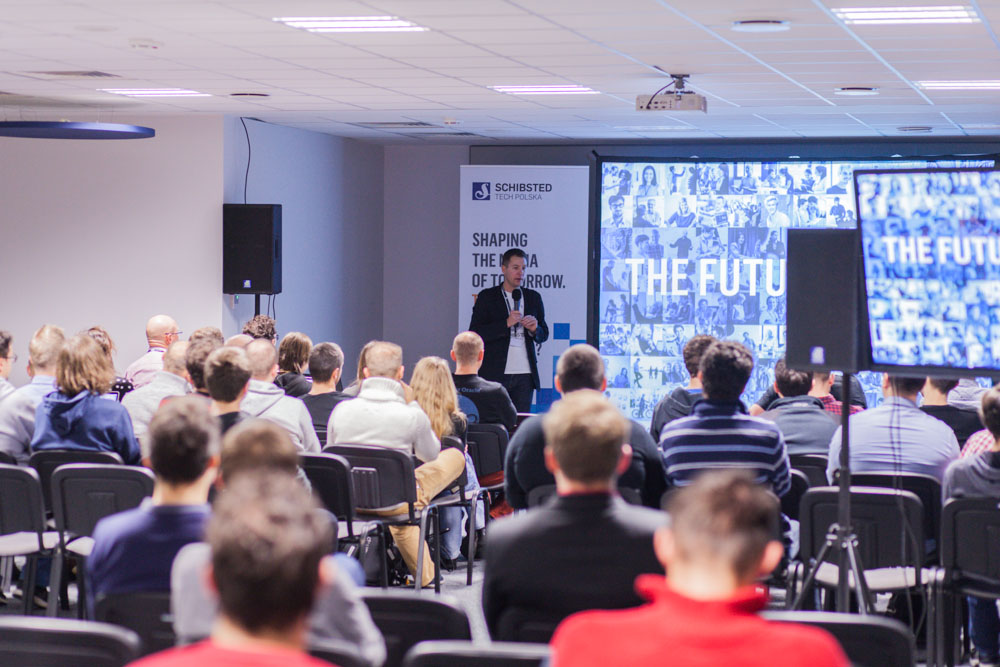 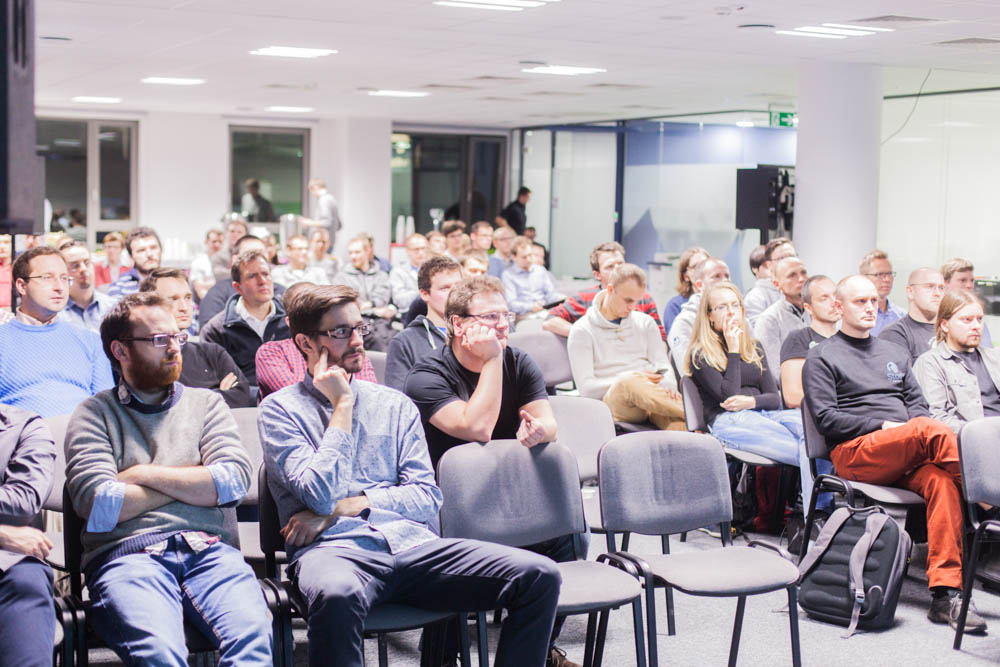 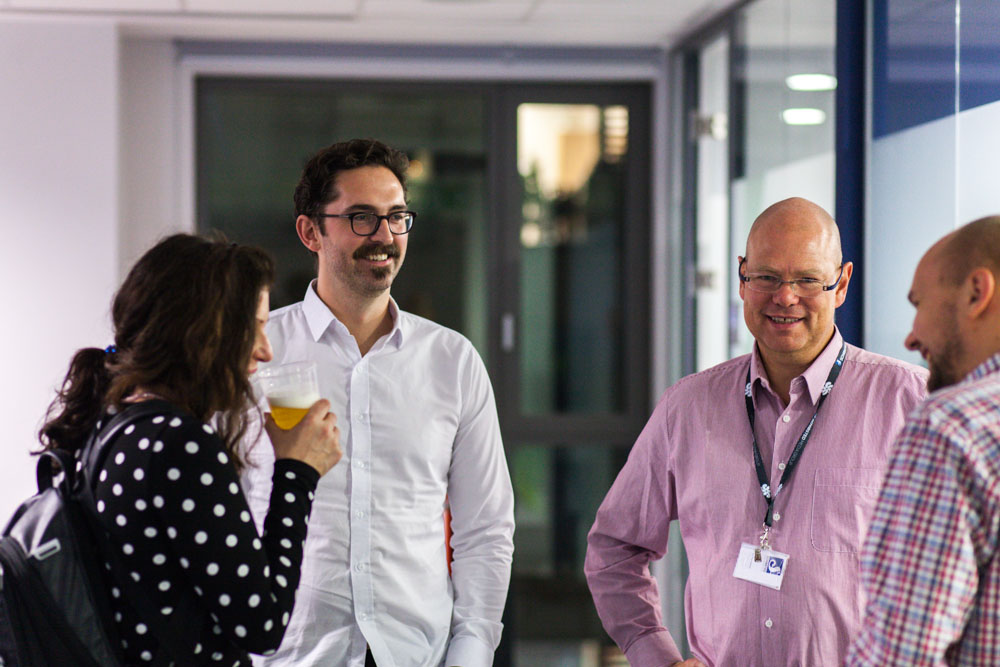