“A revolutionary product that changes everything!”  No modesty was present when the SNT Editorial team won the Schibsted Tech Polska Improvement of the Year award. 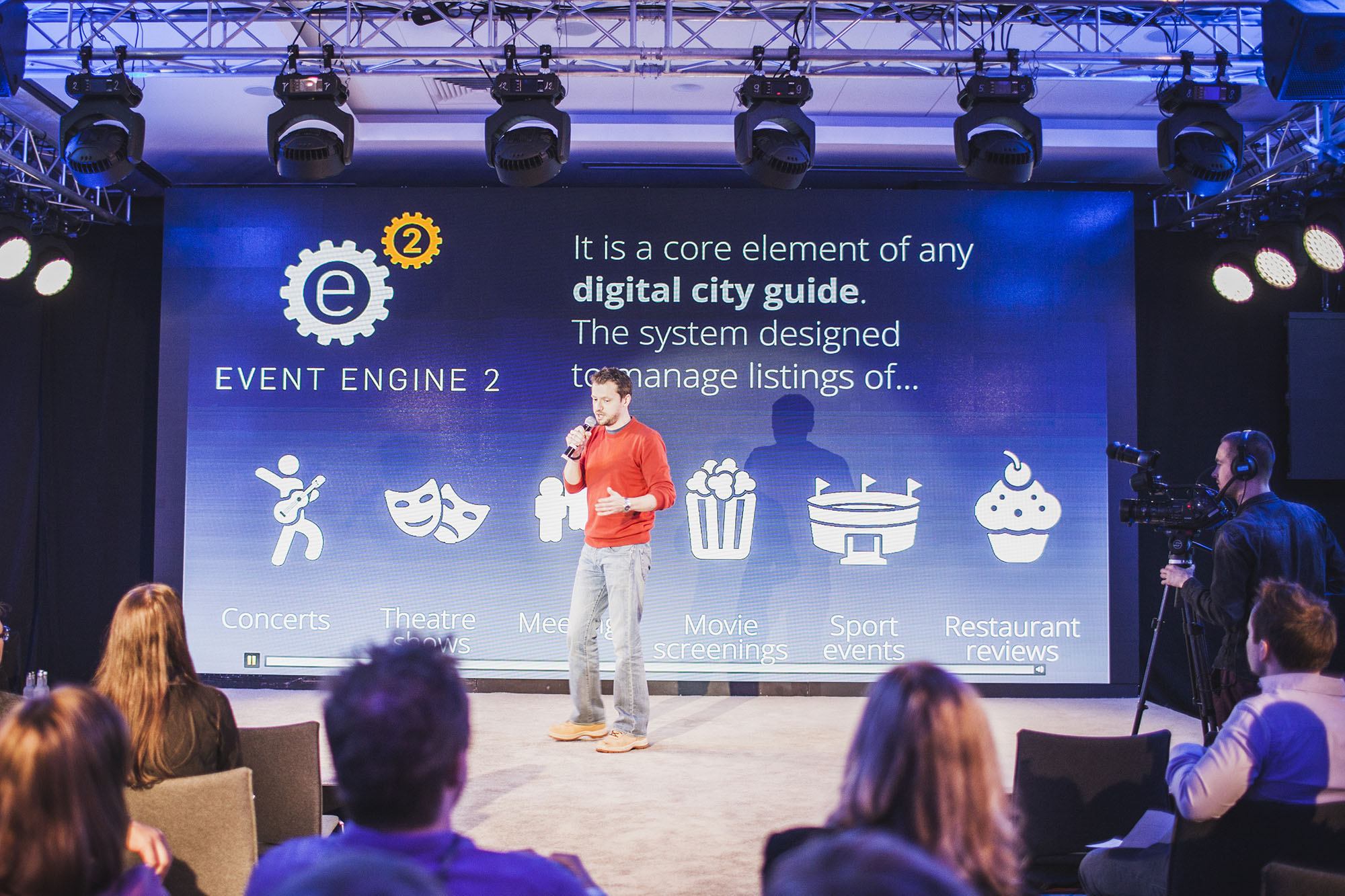 At the annual STP Winter Event in Mikolajki in northern Poland the team won the Improvement of the Year Award for a new version of its Event Engine.

The presentation was given with lots of humor – and a touch of Steve Jobs – calling their product the “greatest leap in the event engine history”.

Here is the Improvement of the Year presentation

Event Engine 2.0 is used for listings of events and places in digital city guides. It is designed to be used by several media houses simultaneously – and the new version is a major improvement of the event engine the same team built in 2012. 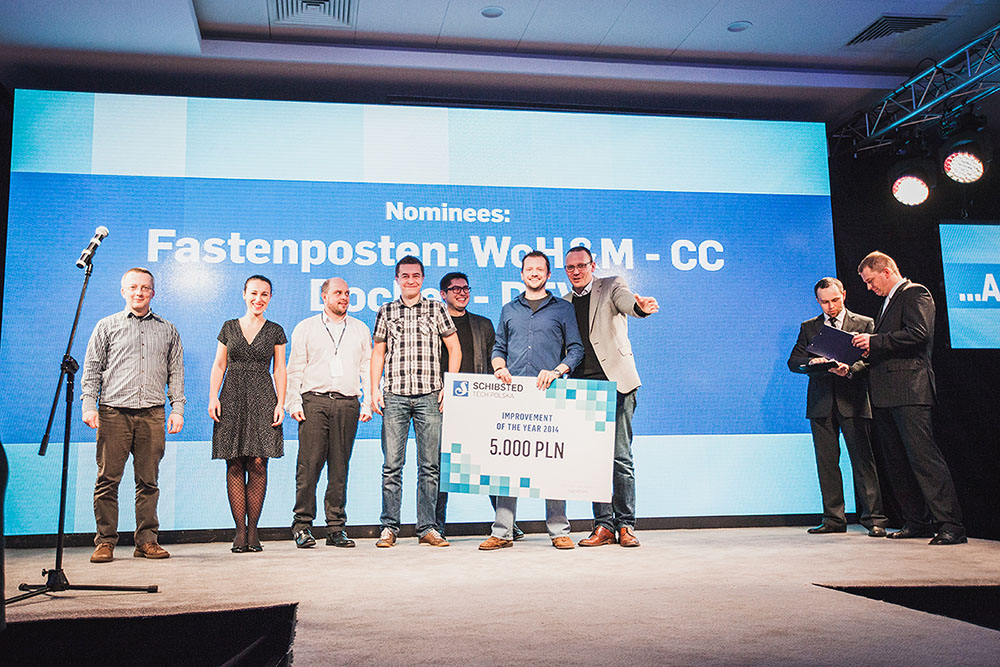 Fun project for the team

– For the team spirit winning an award is very important, says Bartosz Chucherko.

He points out that Event Engine 1.0 was the team´s first project in Schibsted Tech Polska three years ago.

– Although we had much control over the product concept and technologies used, we knew there were some things we could do better. This opportunity showed up last year when more partners showed interest in using our product. An idea for rewriting Event Engine was born and we ended with a solution that is leaner, more flexible and scalable. In the end it is a very nice feeling that after all those years our hard work and involvement was appreciated, says Chucherko.

– It was also a very nice project to do – and we had a lot of fun travelling to Oslo and Kristiansand in Norway. 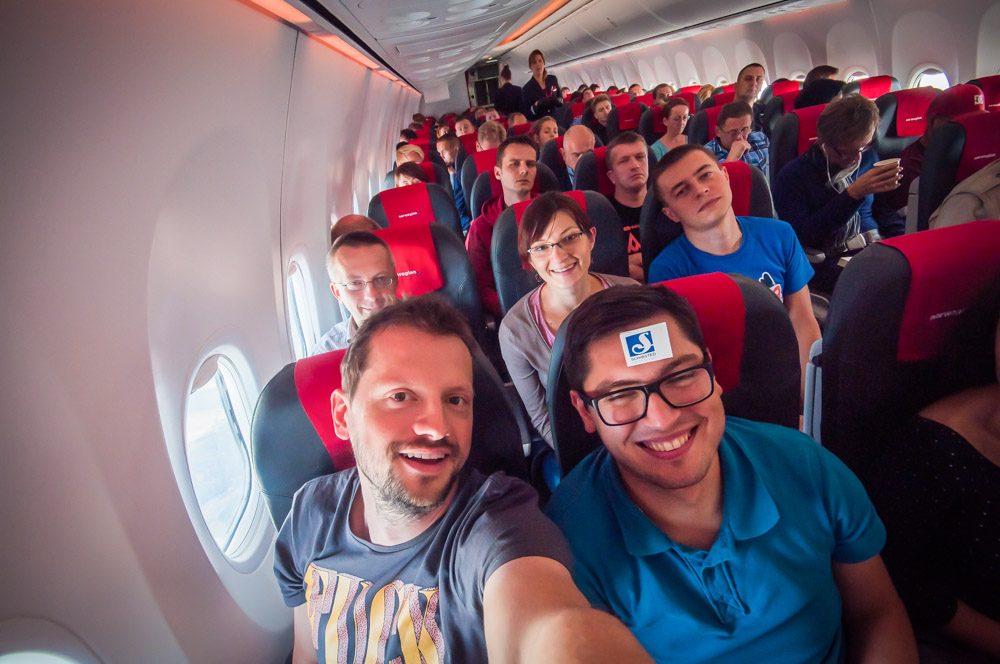 When the team sat down to discuss how to present their project during the STP Winter Event, the conclusion was clear:

– Why bore the audience with tech specs and by being very serious? Let´s make fun of it!

They took inspiration from when Steve Jobs presented iPhone in 2007  – and decided to do a parody on his particular style.

– We figured it could be fun to take something quite obvious about the product, like the TinyMCE editor, and present it as revolutionary, says Chucherko.

And the presentation went off very well with the 180 participants at the STP Winter Event – and gave the team 5000 PLN to spend on some fun activities together.

Here is the original Apple presentation

For your comparison: Here is the original presentation when Steve Jobs from Apple launched iPhone in 2007: