This is the story of how one small hack day project in Krakow led to much faster mobile experiences for more than two million Norwegians. 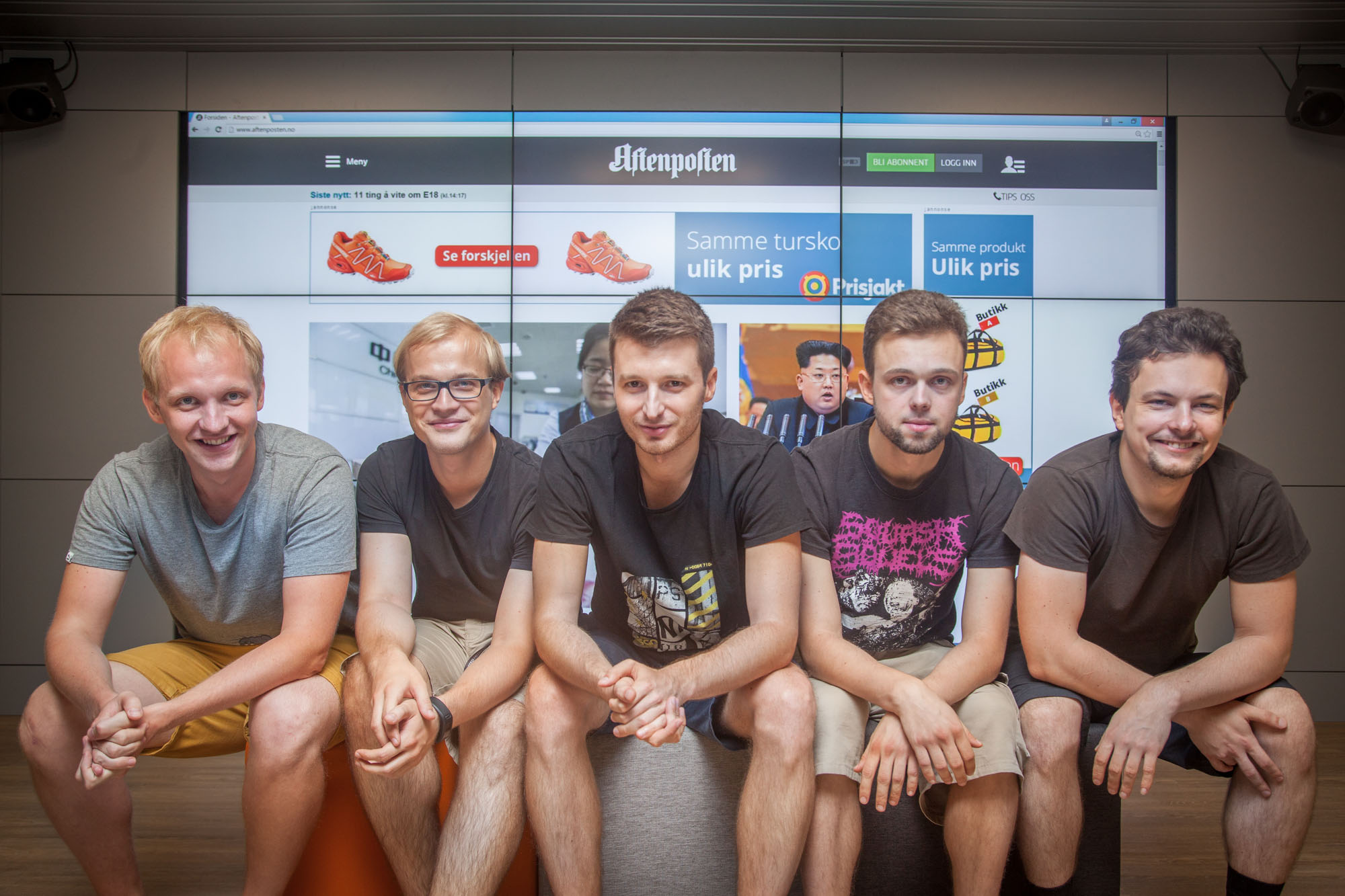 June 2013: It is a hack day at Schibsted Tech Polska. After a day of intense work three programmers demonstrate how they in just one day managed to speed up the mobile page of the Norwegian newspaper Aftenposten six times. They called it “Fastenposten – radical web performance optimization”.

August 2015: What the developers showed was possible at a hack day in Krakow, has revolutionized the way four Norwegian newspapers develop their digital news products. As a result more than two million Norwegians can enjoy much faster mobile news pages than before.

“It is a cool story of how forces from below, against all odds, managed to demonstrate a superior idea and gradually built consensus. And today everyone agrees it is the way to go”, says Hans Martin Cramer, product manager in Schibsted Norway Tech.

But it started with a hack day

Not often does a company hack day project, with the limit of one day to finish the project, have such an impact.
So let us move back to the three minutes hack day presentation in 2013:

Four of Schibsted’s subscription newspapers in Norway: Aftenposten, Bergens Tidende, Stavanger Aftenblad and Fædrelandsvennen, for several years had cooperated closely in digital development. In 2013 the online news sites as well as the mobile sites were all produced through a common framework based on the CMS Escenic.

It was the classic setup for most media houses: one huge Content Management System was handling both the production of content, as well as the presentation into different channels, explains Erik Bonesvoll, development manager at Aftenposten.

“But because production and presentation was so closely connected, any technical development on one part had to be coordinated with development on other parts”, Bonesvoll says.

Especially the mobile version was slow, and both readers and journalists complained about it. But the developers struggled to keep up with all the requests for making faster and more modern mobile pages.

We are hiring! Check our positions

Three developers in Schibsted Tech Polska decided to look at it from a completely different perspective.  And with the STP Hack Day coming up they decided to put their thoughts to a test: Let us produce a completely new front page for Aftenposten’s mobile site in one day!

And so they did, naming the project Fastenposten.

How they solved it? By skipping the CMS altogether, and instead by using the API that had just been developed for the newspapers.

“At the end of the hack day we were able to present a version that was six times faster than the existing Aftenposten site”, says team leader Mateusz Kwasniewski, who presented the solution together with his colleagues Mirosław Kucharzyk and Krzystof Kula.

The solution was developed using Node.js. “We picked Node.js because we didn’t know it, and we thought it would be fun to learn it”, says developer Mirosław Kucharzyk.

“And it turned out to be a good bet. Node.js proved to be a great technology for doing things fast”, adds their colleague Jakub Wasilewski.

And then the ball started rolling

Most hack day projects end their life with the pizzas at the end of the day.

For a while it seemed like that would also be the destiny of Fastenposten.

But in Aftenposten there were more and more discussions about how they could speed up the mobile pages. The management realized an increasing number of users preferred to get their news on mobiles and they were not satisfied with the user experience they could offer. The pages were just too slow.

“Espen Tandberg, tech lead in Aftenposten Mobile, heard about the hack day in Krakow and how the guys there had developed a much faster mobile page in a day”, says Hans Martin Cramer, product manager in Aftenposten.

And so the team started on a road where their hack day project became the full-time task for a full developer team. In a little more than a month they developed a whole new mobile front page for Aftenposten, using the News API as basis, and separating the presentation completely from the CMS that journalists were using for writing in. The project was launched in the cloud using Heroku.

“I guess you can say we created a work place for ourselves”, smiles Mateusz Kwasniewski.

The team is called Editorial Mobile. Besides Kwasniewski it currently consists of MirosławKucharzyk, Patryk Konior, Krystian Jarmicki and Jakub Wasilewski.

The scope has gradually grown since the team redid the front page of Aftenposten mobile. Three other subscriptions newspapers joined the project, and also wanted faster pages for their products. Then the same principles were put in use for the tablet versions. Now the team has started redoing also the desktop version.

How the API came about

But the hack day project would not have been possible without the News API developed by Schibsted Norway Tech.

“The Escenic CMS was a like a mammoth. That meant any development took a lot of time and energy. At the same time there was an urgent need to develop and experiment with the front-end of our products”, explains Erik Bonesvoll, who was development manager in Schibsted Norway Tech until starting in Aftenposten this summer.

“The solution was to split the CMS in two and take full control of the API layer between. In that way any development of the front-end would be able to take place independently of the back-end”, he says.

“The trigger for developing the API was to make it easier to cooperate with external media houses. But it proved to work so well that the API now is the basis of most front-end development among our newspapers.” 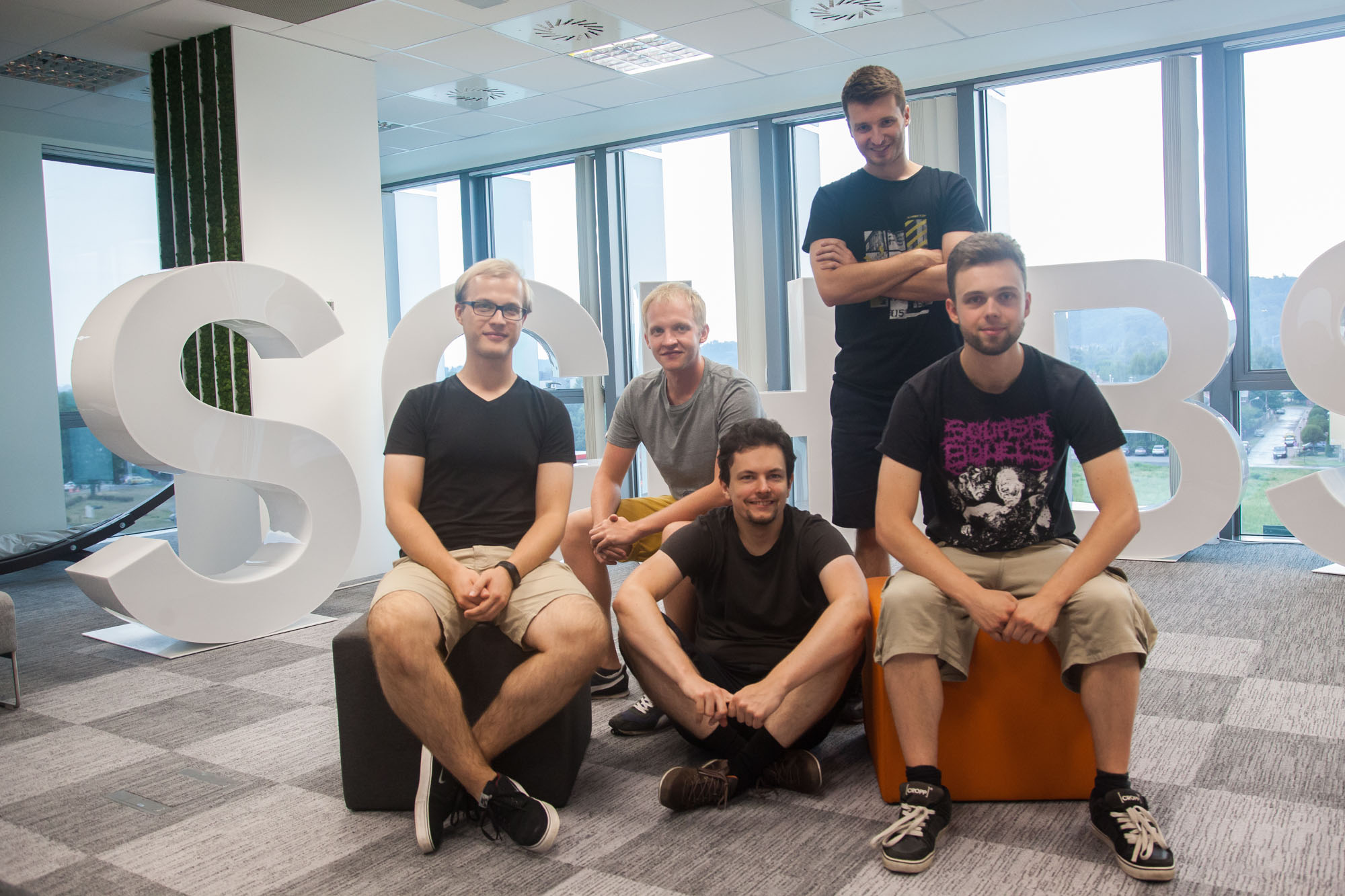 Hans Martin Cramer in Aftenposten says the Fastenposten project has met many obstacles.

“But today it has really developed into a platform with two pillars: user happiness and developer happiness”, he says.

For the users, the main benefit is much faster pages. And that is important as more and more Norwegians use their mobiles for news browsing.

For the developers, the new platform has made it much easier to develop new products fast.

“The new way of building news products has much less dependencies. The platform is built by many small and independent modules”, Cramer explains.

Cramer hopes that the platform also can be used by other media houses in Schibsted Media Group in the future.

But most of the work has been done by the development team in Krakow and Espen Tandberg in Aftenposten Mobile. Hans Martin Cramer cannot praise the team enough.

“They are just excellent programmers! But they are also great because they work is inspired by a philosophy! They are strongly dedicated to how development should take place and what is the perfect cooperation between the business leaders and the technical developers.”

The team has weekly video meetings with the product manager and the tech lead in Norway. Every quarter they meet physically to do a so-called impact mapping: a planning technique allowing to identify the joint goals for the project. For everyday communication they use Slack.

While the Editorial Mobile team has done most of the work, no less than 7 other teams in Schibsted Tech Polska have been involved in developing and rolling out the new platform in some way or another. The Schibsted Norway Tech Platform team has continued to develop the News API that form the basis. Four media house teams have participated in rolling out the platform to their partners: Aftenposten, Bergen Tidende, Stavanger Aftenblad and Fædrelandsvennen. In addition Schibsted Norway Tech´s Editorial and Commercial teams also have contributed.

“I believe Fastenposten is one of the areas where Schibsted Tech Polska really has helped our Scandinavian media house partners develop innovative news products both faster and better. It was also the first time technology developed in Krakow was adopted by the media houses as a completely new way to work”, says Stig A. Waagbø, CEO in Schibsted Tech Polska.

And it all started with a hack day.

More in our blog

Team leader Mateusz Kwasniewski has explained much of the technical foundation for Fastenposten in his Enterprise Makeover series in our Developers blog: