How can 100 programmers best help the local community? By programming, of course! 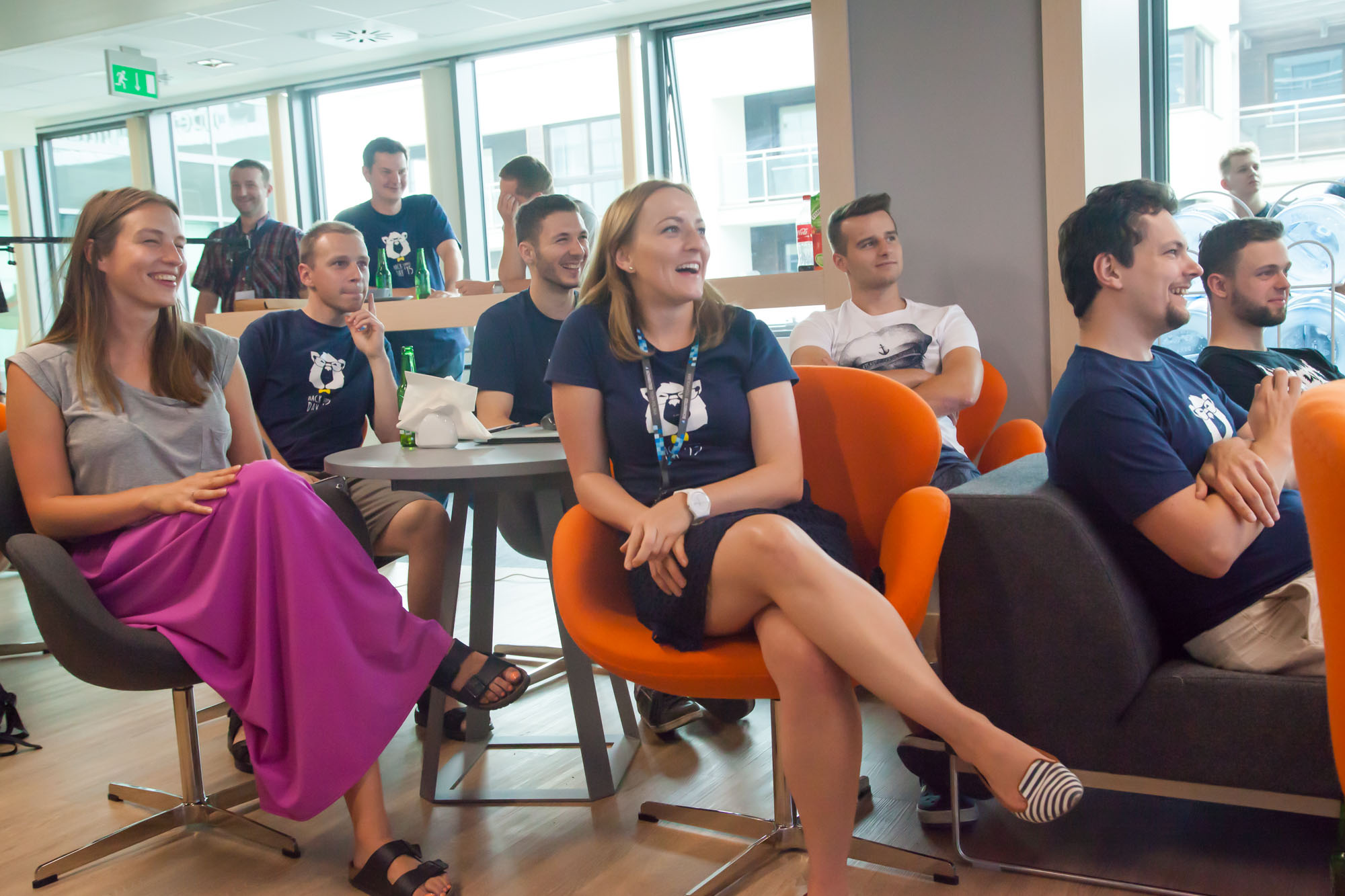 It was the sixth Schibsted Tech Polska Hack Day – and this time dedicated to helping local charities. For one full day teams of programmers competed to make an app that could be useful for a local charity.

And the results proved that Schibsted Tech Polska is filled with creative engineers. Among the 13 different projects were a mobile app to help blood donors, a tool for people who want to take homeless dogs for walks, an app for donating money through iTunes, a talking garbage bin and many others.

“It did not take more than three weeks after the first employees started in January 2012 before we started to discuss how we could organize a hack day. Since then, we have had at least one hack day every year.”

On hack days the developers do projects on their own. But the rules say they should always have a finished product that can be presented for the others at the end of a day. Each team gets 3 minutes to present what they have made.

“For the programmers it is a day where you can try to work with people from outside your daily team, move out of your comfort zone, try new things and then collect feedback afterwards,” says Jaracz.

This year the rules were different. The developers were given a list of charities they could support and they were encouraged to come up with ideas they thought might be useful for them.

The first prize was 5000 PLN – to be given to the charity of choice by the winning team. The winner will also have one day at work to finish off the product and offer it for use by the charity.

“We plan to contact the different charities after the hack day to check if they are interested in using the apps made,” says Mateusz Jaracz.

Employees were also encouraged to give toys and school supplies to the Małopolskie hospice for children. The toys were collected at the office and will be handed over to the hospice shortly.

Photos from the Summer Hack Day 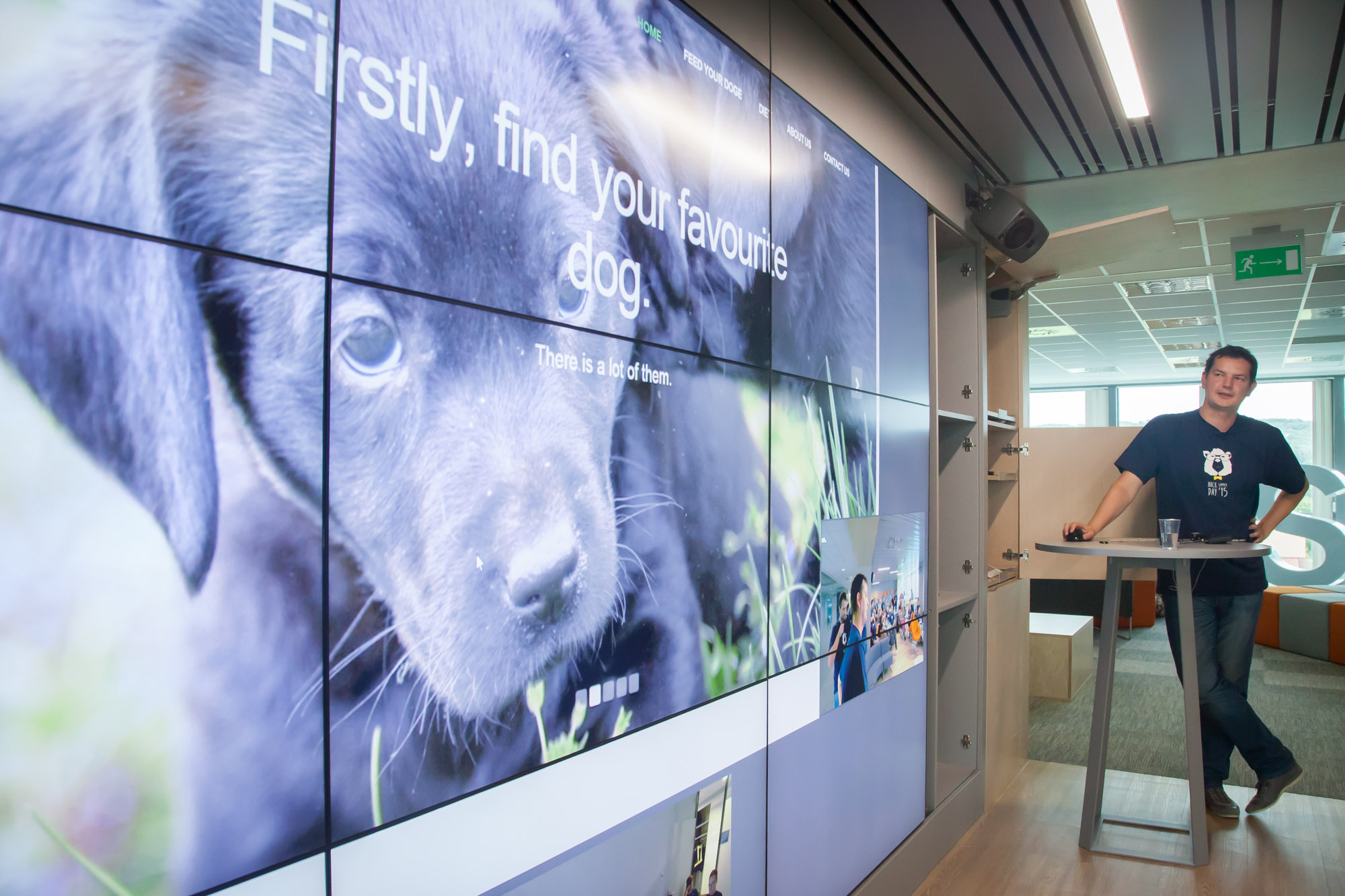 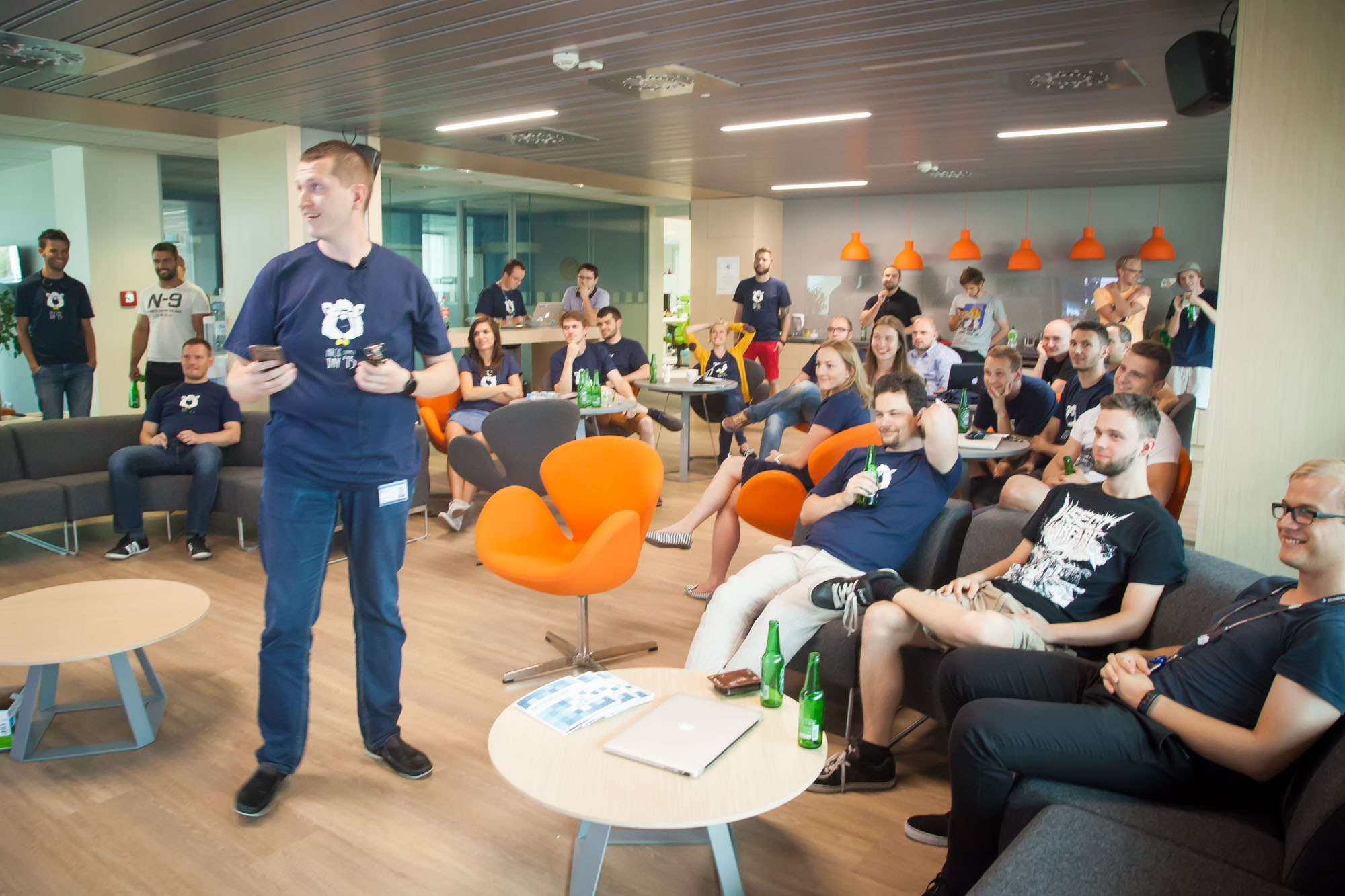 At the end of the day each team had three minutes to present what they had developed during the day. 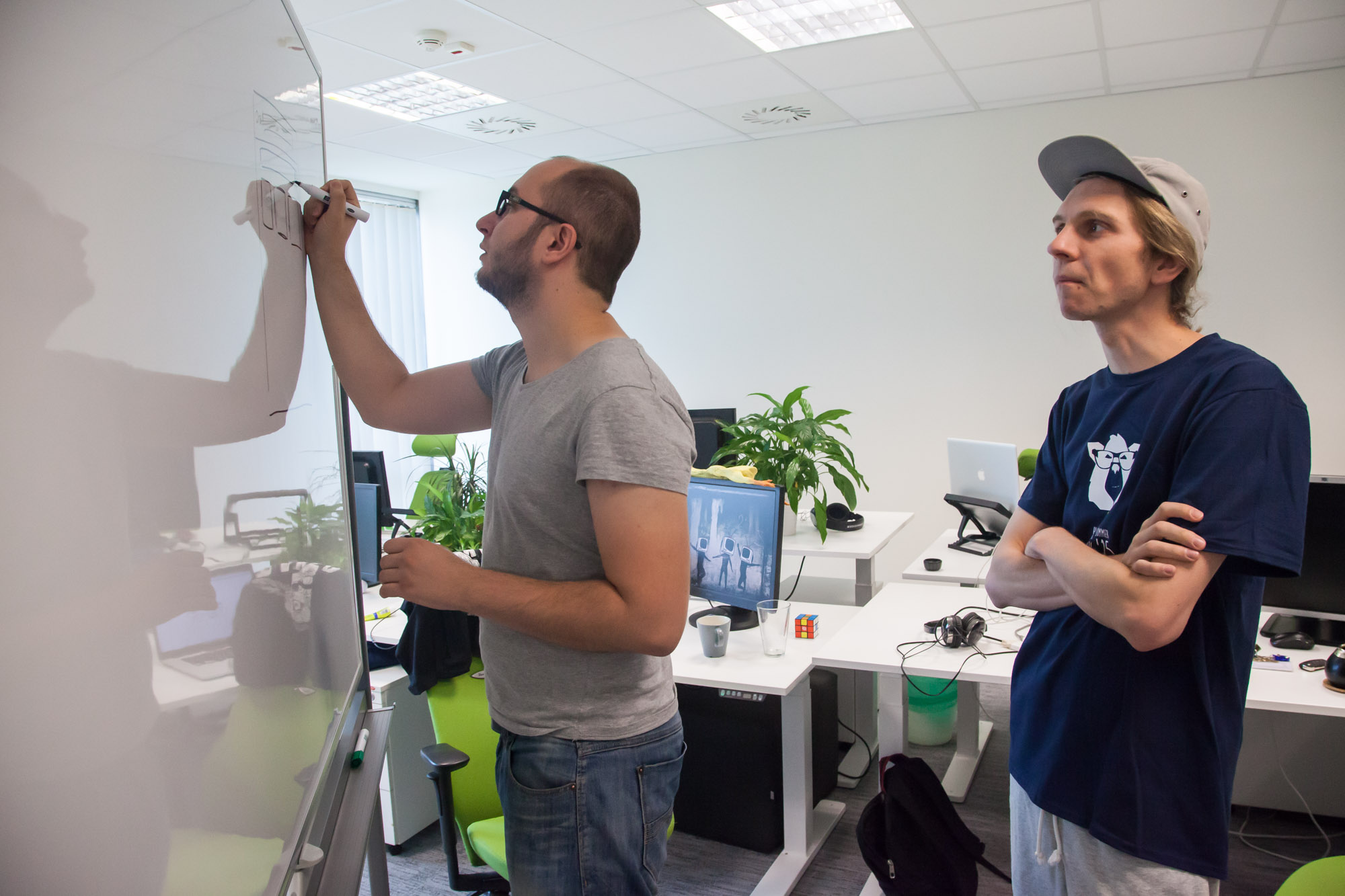 Marek Nogiec and Tomasz Kalfas plan how their app will look. 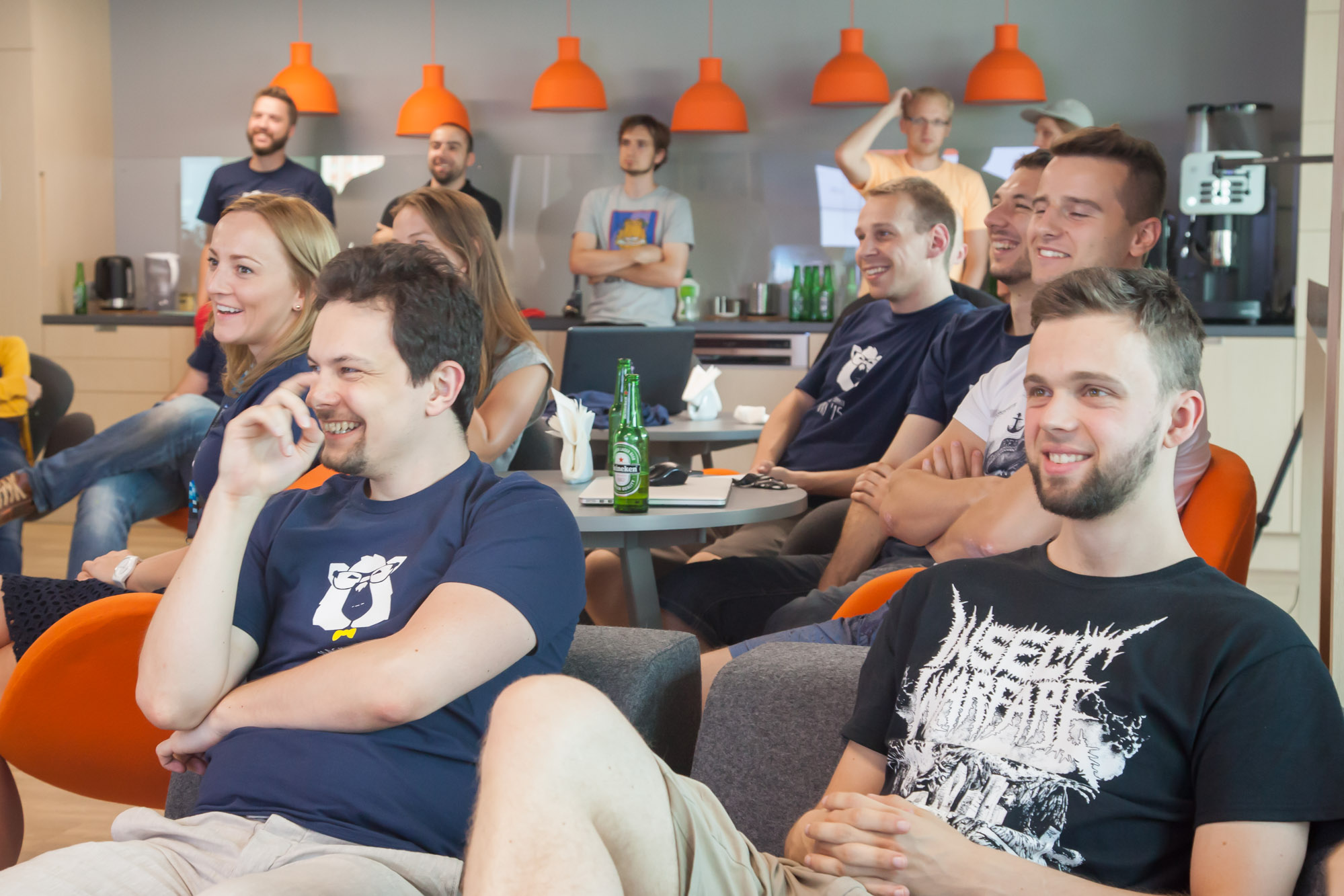 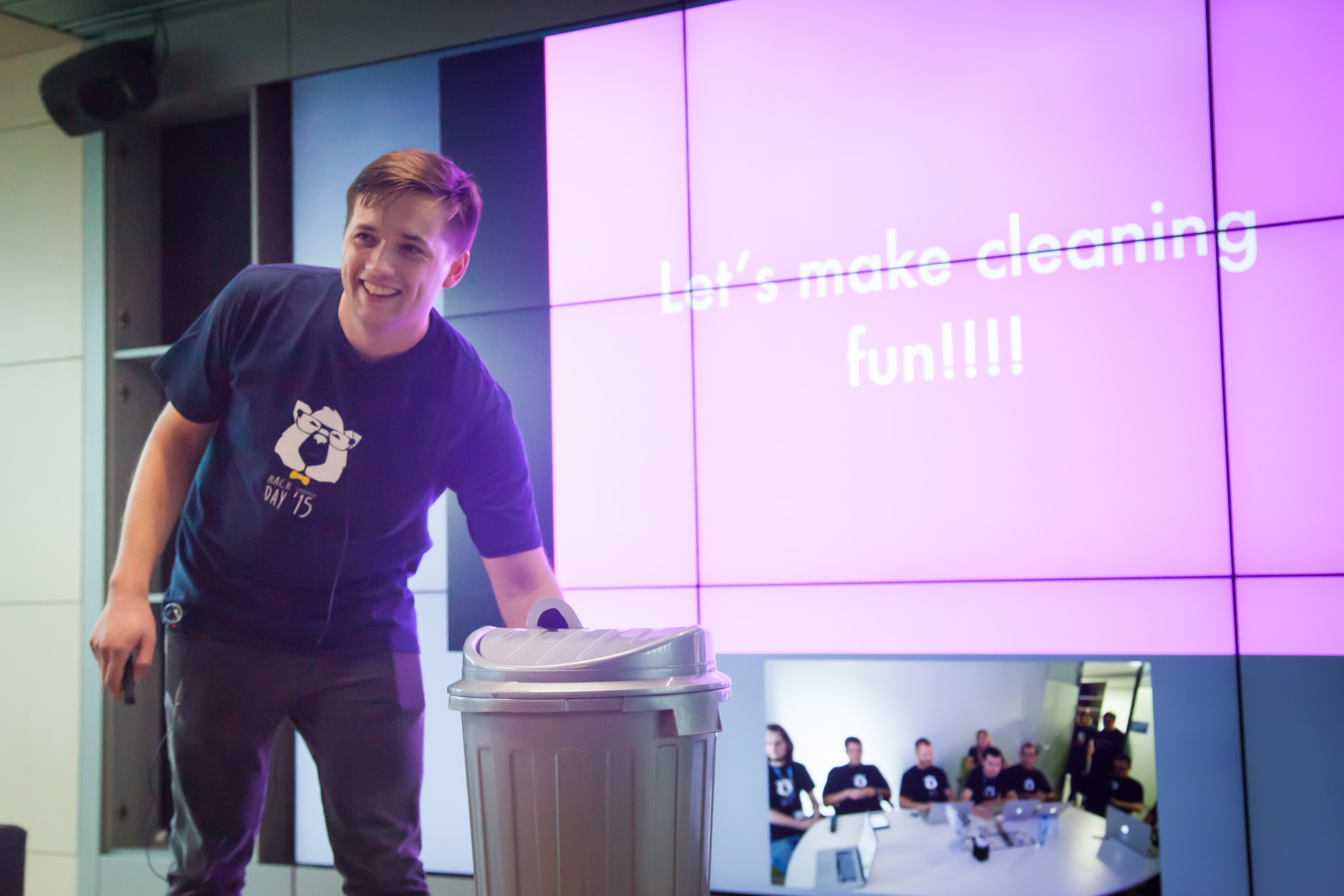 Can you imagine if the garbage bin talked back to you every time you threw away something? That is what Piotr Podolski presented. 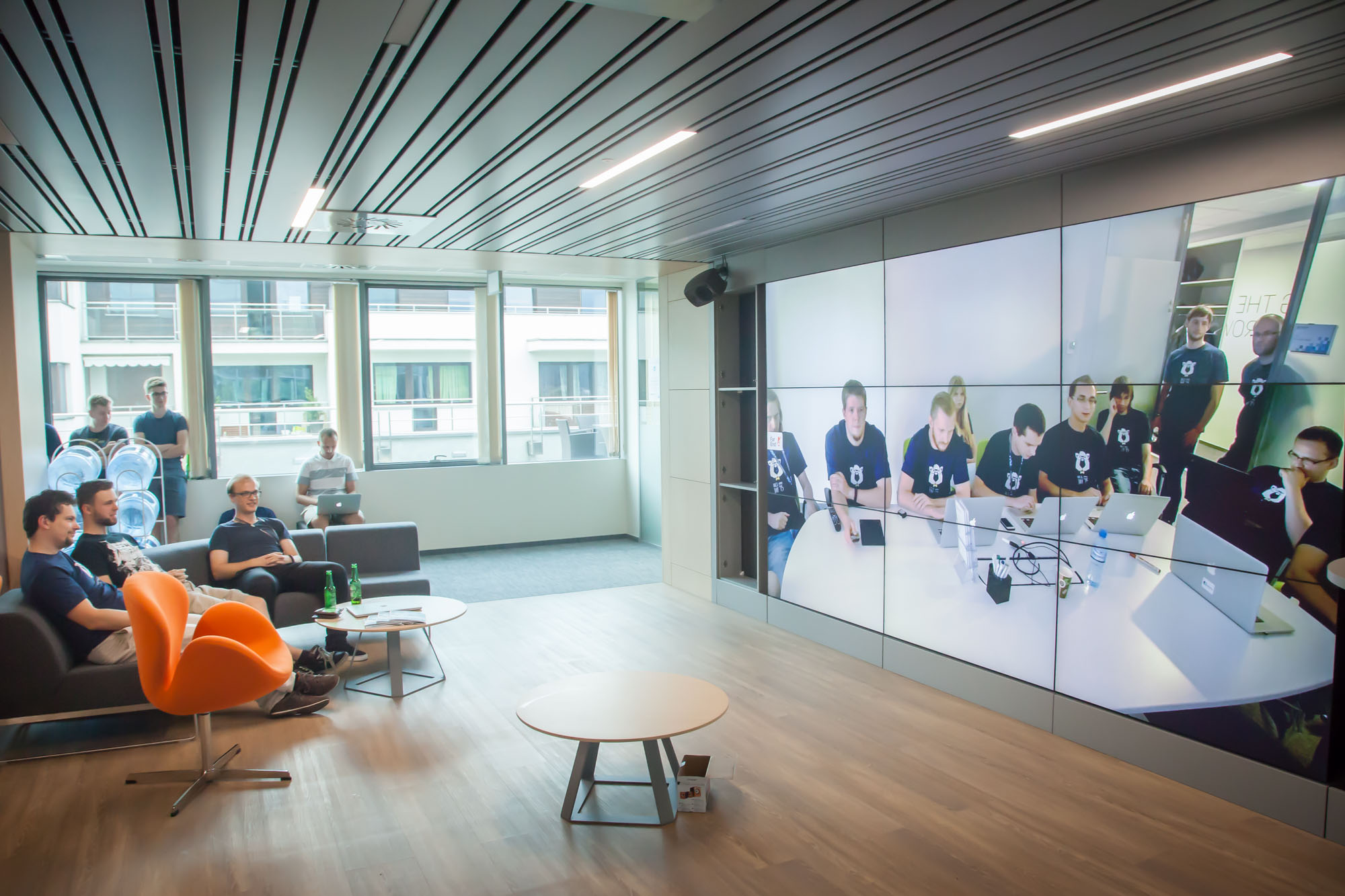 Colleagues in Gdansk joined the presentations through video conferencing. 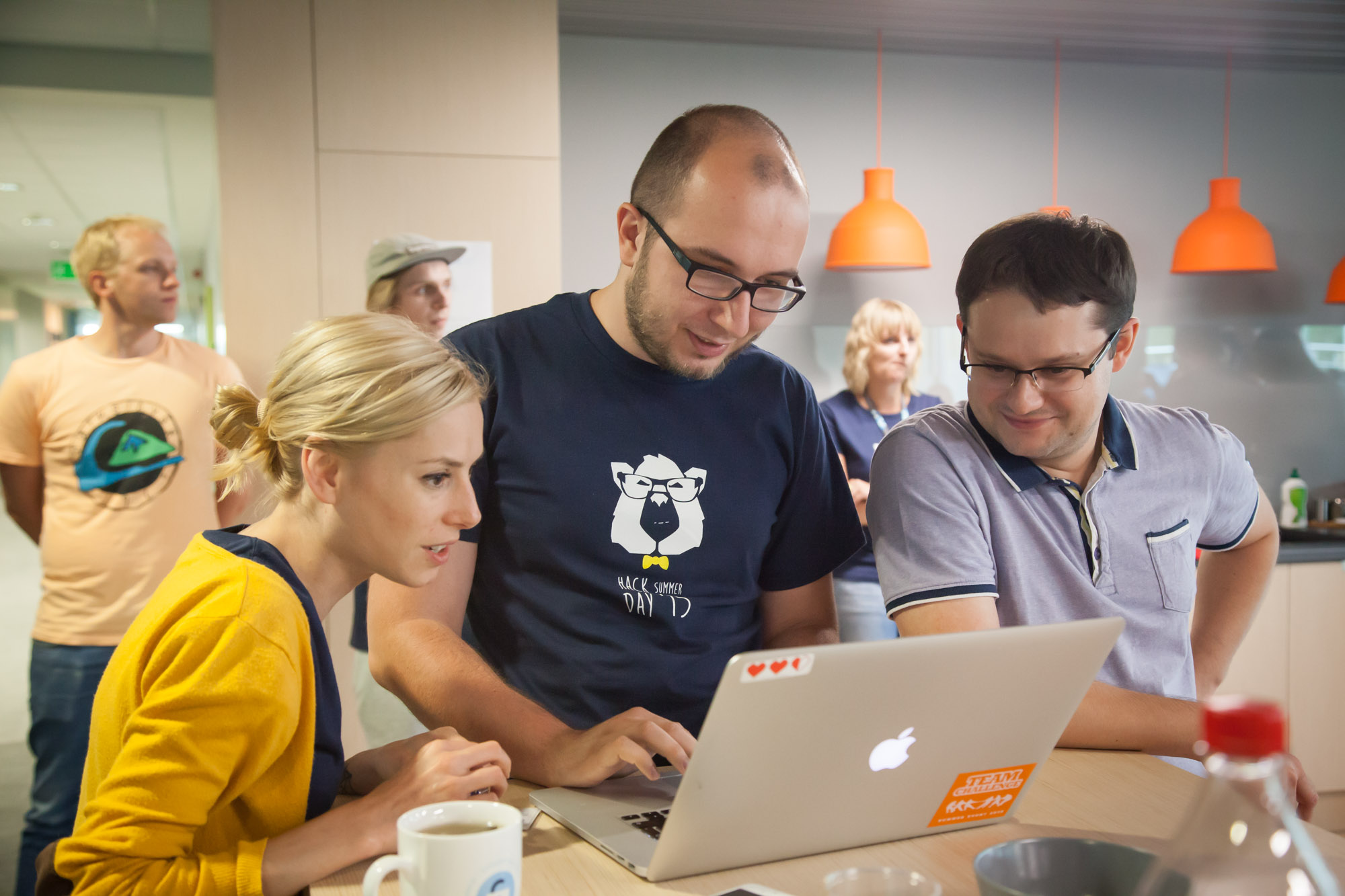 Taking a look at a project. From the left: Malgorzata Szewczuk, Marek Nogiec and Karol Maj. 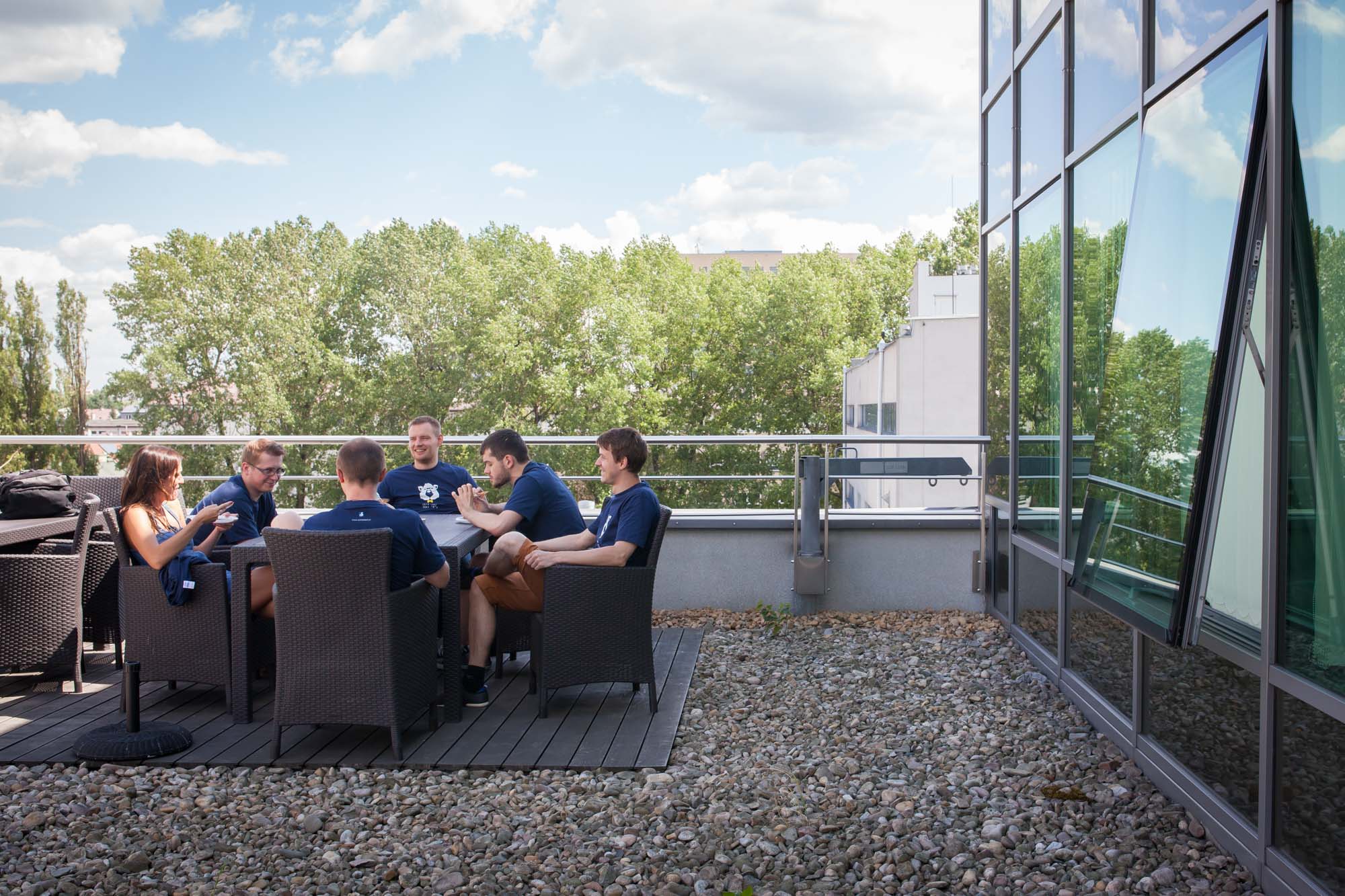 Lunch break on the rooftop terrace. 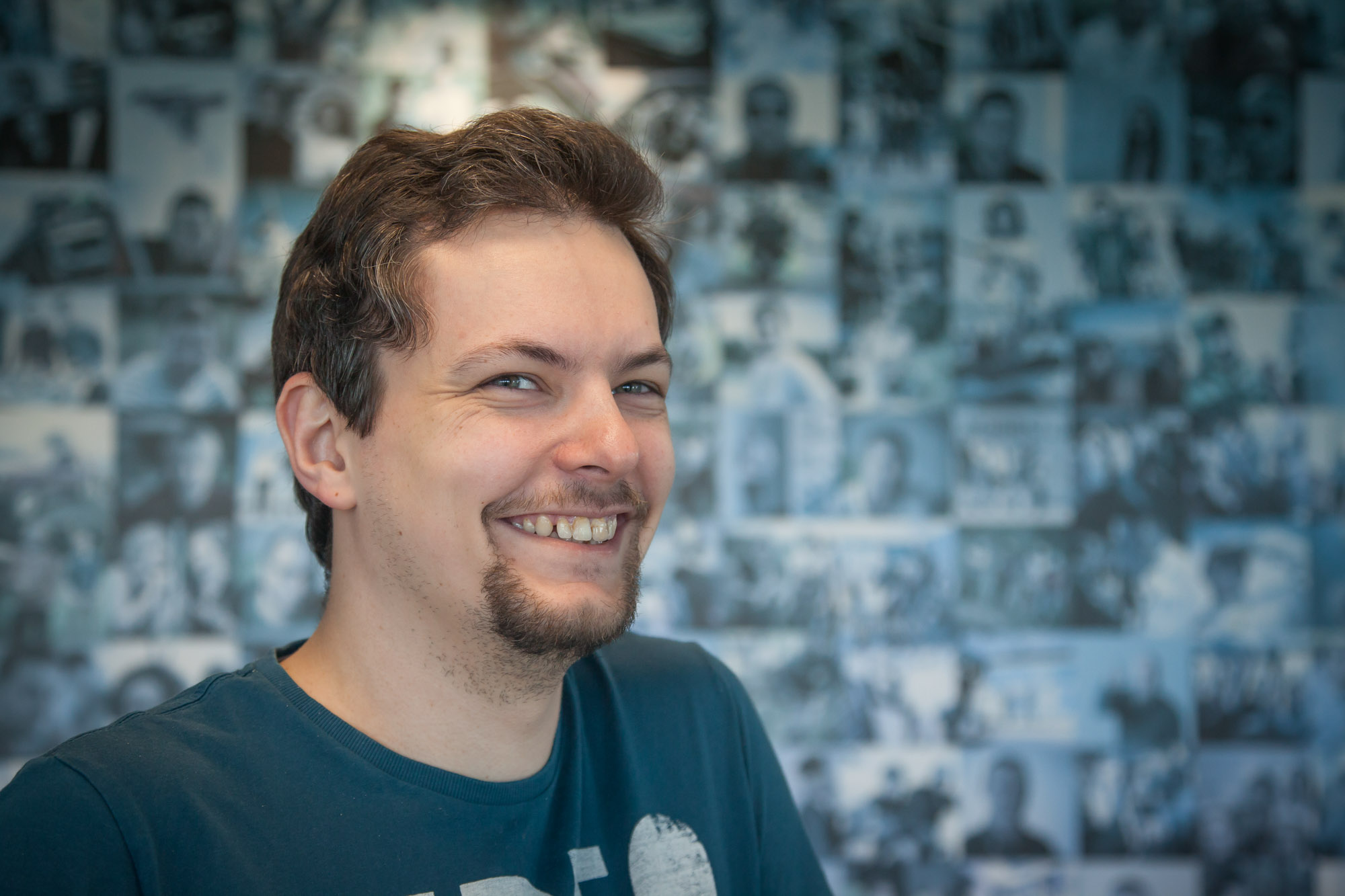