Half a million video views daily gave the programmers no room for errors when the new video platform for Norway´s largest news site was launched. – It is simply a dream to work with our team in Krakow, says Erik Saastad in VGTV. 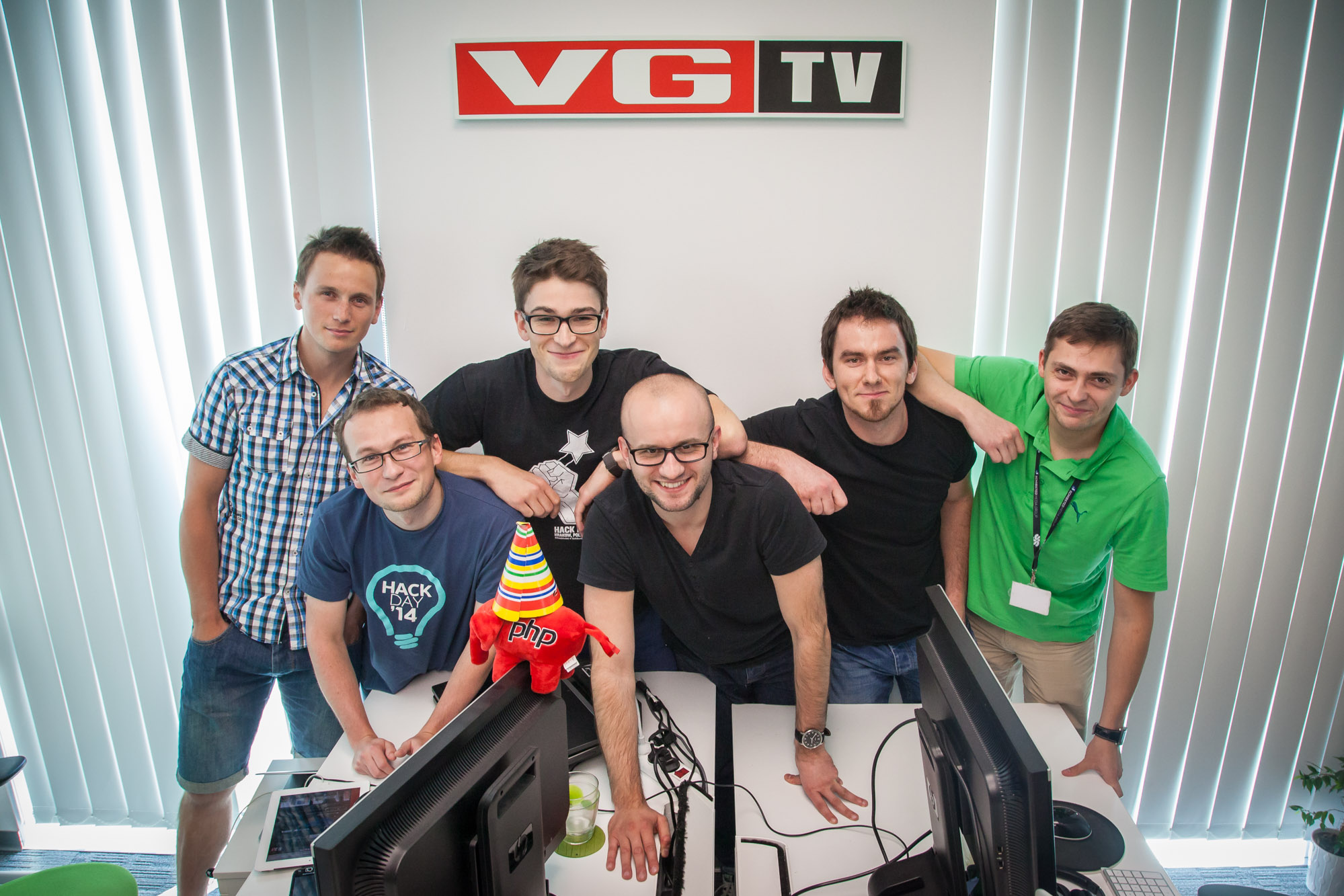 Few news sites in the world have as strong position in their markets as Schibsted´s VG in Norway.  Every week more than 4 million people visit the news site – out of a population of 5 million.  The mobile site alone is visited by 2,7 million people in a week.

Now Schibsted  is investing heavily in VGTV, which already is the leading web-TV channel in Norway. “A model for news innovation”, wrote the recognized Nieman Journalism Lab about the strategy earlier this year.

To meet the challenges a completely new technical video platform was launched recently, mainly developed by VG´s teams in Schibsted Tech Polska in Krakow. The new platform will be used also by the other media houses in Schibsted Media Group.

– It has been a very exciting project. The development team in Krakow has been heavily involved in the whole process, even in choosing the video partner we would work with, tells Konrad Pietrzkiewicz, leader for the VGTV team in Schibsted Tech Polska. 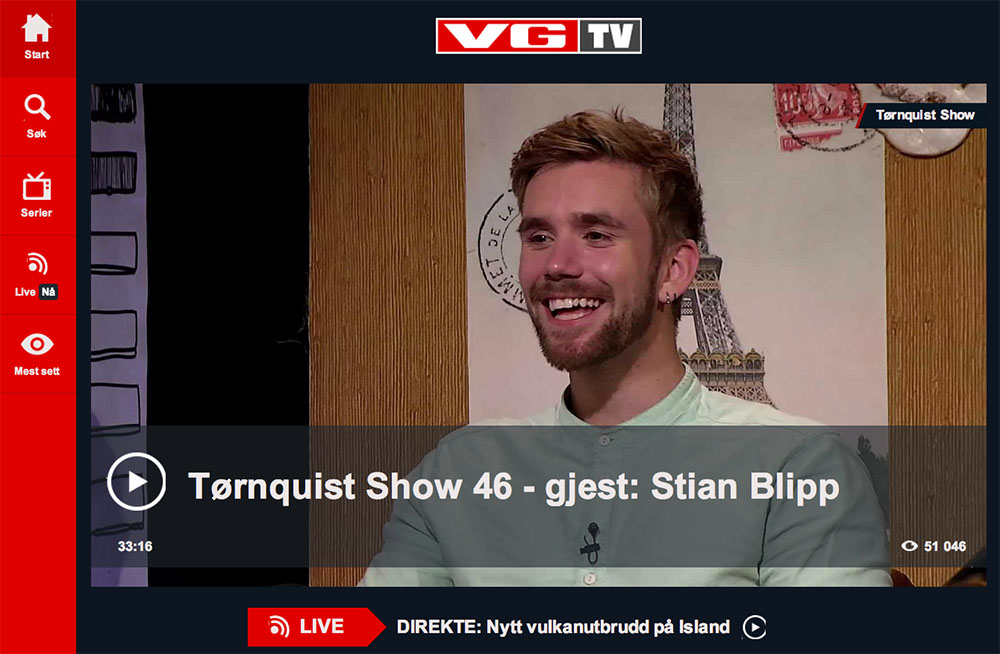 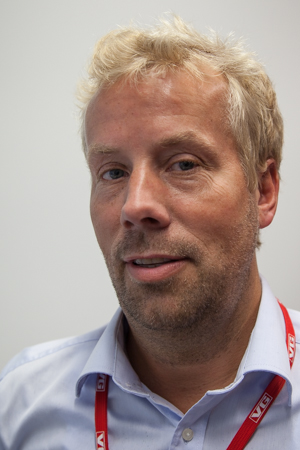 Erik Saastad, product manager in VGTV, describes the new video platform as a very complex and challenging project for the developers.

To start with, VGTV already sees huge traffic.  This year an average of 550.000 videos has been viewed daily, according to analyst Einar Aaby Hirsch in VGTV.  But the technical solution must be prepared for much more. The record day was when Justin Bieber visited Oslo in May 2012 and VGTV registered 2,6 million video views.

On top of that more than 50 different systems and applications in VG were using the old VGTV application in some way or another. Programmers had to make sure integrations with the new system went smoothly.

– Another technical challenge was to develop a platform that could be used also by other media houses, such as Aftenposten, Bergens Tidende, Stavanger Aftenblad and Fædrelandsvennen, says team leader Konrad Pietrzkiewicz. While the VGTV team primarily uses the PHP programming language, the solution should also work with media houses using other technologies. The goal was that other media houses only would need to replace the CSS file to make the solution work.

The video platform project is one of the biggest that have been done in Schibsted Tech Polska. The programming started in December 2013 – and 4-6 developers have worked on the project since then.

Before that the programmers were heavily involved in choosing vendor. Instead of project leaders traveling around the world to meet potential vendors, three candidates were invited to a workshop in Krakow. Here they presented their solutions for the programmers who would work on the solution as well as representatives for VG and other Norwegian media houses and consultants from the cloud partner Akamai.

The final solution is built on Ooyala.

– We wanted a democratic process when choosing vendor.  Making the decision together made it smoother when we later encountered challenges in developing the solution.

– It was very exciting for us as programmers to take part in the business process. And we felt very responsible for the decision, as this is the solution we will be working with at least for the next couple of years, says Konrad Pietrzkiewicz. 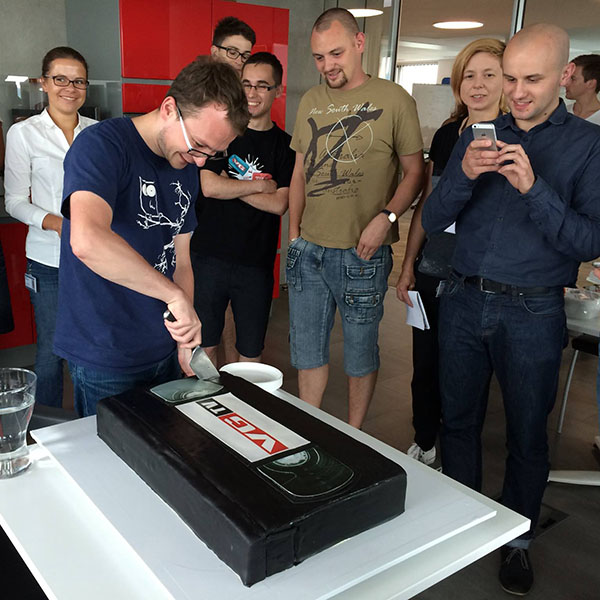 The programming started in December the team has met regularly three times a week on video with product manager Erik Saastad, who is located in Oslo. The designer, Stian Bråthen, was also based in Oslo.

But also three other teams in Schibsted Tech Polska have been involved in the project to ensure that the video platform will work well for other media houses in Norway.  At the end of September the new platform will be implemented also by Aftenposten, Bergens Tidende, Stavanger Aftenblad and Fædrelandsvennen.

The team knew the launch had to go smooth. As the team leader says it:

– There is no place for failure when you work with a media house of this size.

Therefore the team has developed a sophisticated infrastructure for continuous integration and testing. With every deployment a tool visually compares the new version with the existing to make sure there are no unintended changes.

The new platform consists of many components, such as:

All pages are responsive and optimized for use on different devices.

– For the end-user the biggest difference is new design. Images are bigger and it is easier to find live streams, says Erik Saastad.

When asked to rate the work of his team in Krakow, Erik Saastad has no doubt.

– The team has been super flexible, and has had to work their way around many challenges. What they have achieved is a huge accomplishment, he says.

VGTV has had many innovative web-TV projects, such as doing the world´s longest interview. For 30 hours, 1 minute and 44 seconds, Norwegian historian, politician and author Hans Olav Lahlum was interviewed live in the lobby of the VG building in Oslo.

Here is a two minute summary from VGTV: