Android developer Jacek Kwiecień is Schibsted Tech Polska´s first “Blogger of the Year”.  “Blogging has made me a better developer,” he says. 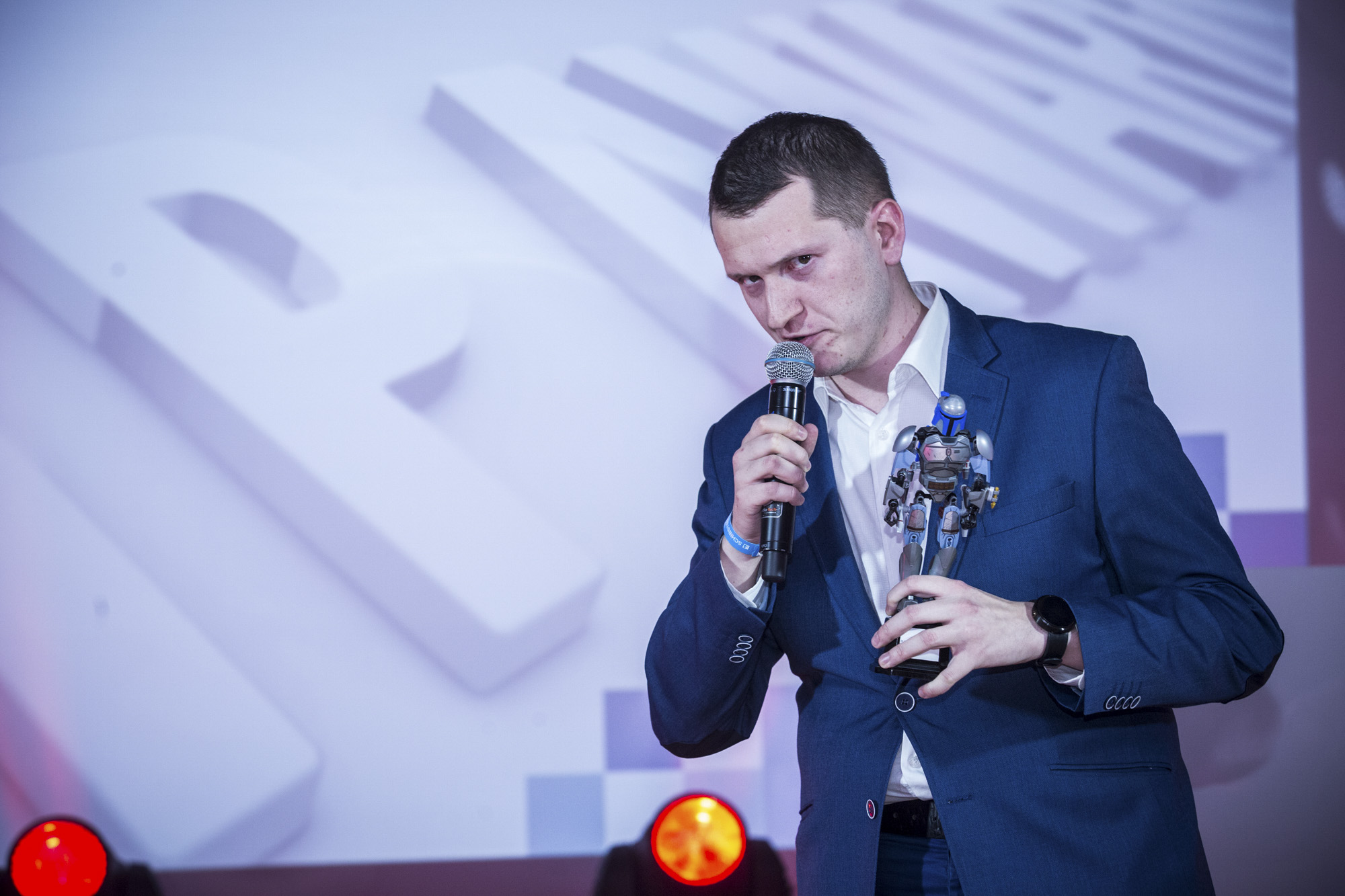 Schibsted Tech Polska´s Developers blog was established in March 2015 as a way for developers to share their knowledge with the rest of the tech community.

Since then more than 50 blog articles have been written – and for the first time the “Blogger of the Year” award was given out during the annual Schibsted Tech Polska Winter Event 2016. 210 dressed up participants followed the award ceremony on the Winter Event gala dinner. 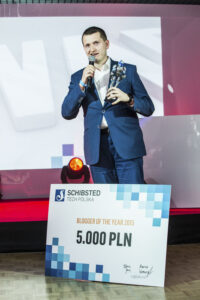 11 programmers fulfilled the minimum requirement for the award: to have published at least two articles in 2015.

The winner was Jacek Kwiecień, a senior Android developer.  In 2015 he eagerly shared his knowledge through seven different blog articles, all of them about how to best develop apps for Android.

“Blogging definitely has helped me improve as a developer.  When I write, I have to remind myself about the important stuff and also do some additional research. Also it helps me improve my English skills,” he says.

“But it does require motivation. You don´t know ahead how it will go.”

Mix of metrics and quality

The “Blogger of the Year” winner was chosen by a mix of criteria. 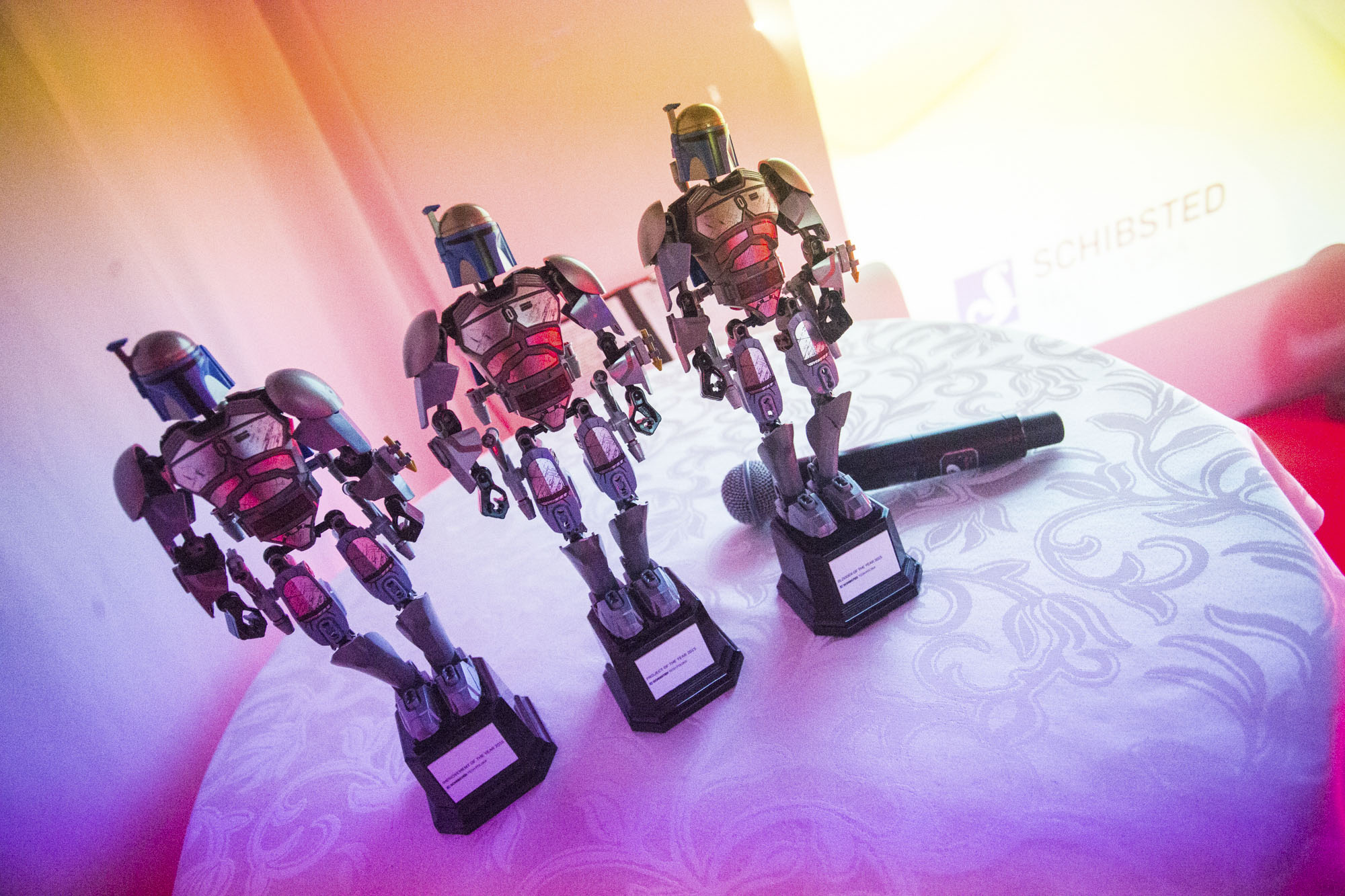 The winners in the STP Awards received 5000 PLN as well as an award statue.

The winner tells he used to have his personal blog, but that he found it hard to find enough time and energy to maintain. Therefore he was happy to contribute to the company tech blog in Schibsted Tech Polska, where many colleagues also write.

“A blog is only good when it has consistent content,” he adds.

Here are the seven articles written by Jacek Kwiecień in 2015: