Alexander - one of the Olivia heroes - Schibsted Tech Polska

Since this year’s winter, our landlord of the Gdańsk office – Olivia Business Centre has been running an employer branding campaign showing passion’s of employees working in the area. After very short discussion we’ve selected Alexander, our Node.js Developer who shares his private time between cycling and playing a piano.

During one of our company events Alexander found out that there is a piano in the hotel where we have been staying. He just started to play randomly and few minutes later, even that it was outside the party area, there was a huge crowd standing behind him being hypnotized by a melancholy of sounds getting out from an instrument that probably hasn’t been used for a long period of time.

The photo shooting session on the 32nd floor of Olivia Star had also a mesmerizing effect, because out of its outcomes there was not only a photo and billboard, but also a great performance of an own written song. Check it out for yourself:

If you live in Gdańsk or nearby, you have a great opportunity to check out Alex’s performance live during a concert organized by Olivia Business Centre. It’s free of charge and you can find all the details on the event page on Facebook.

Check out the backstage of a unique photo shooting place among the clouds:

Read an interview in Polish 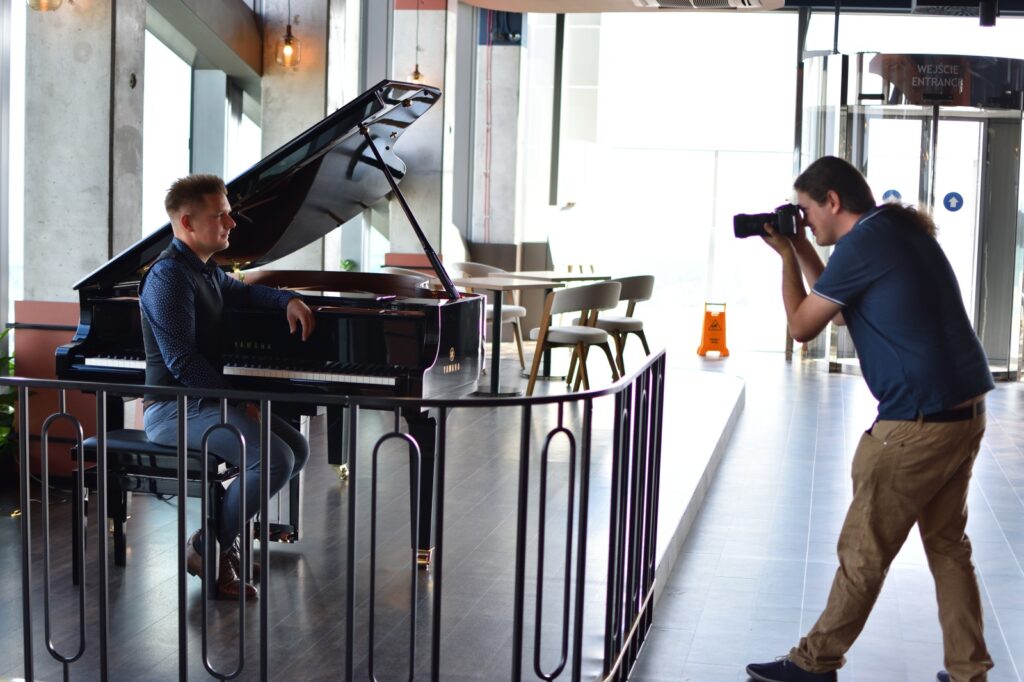 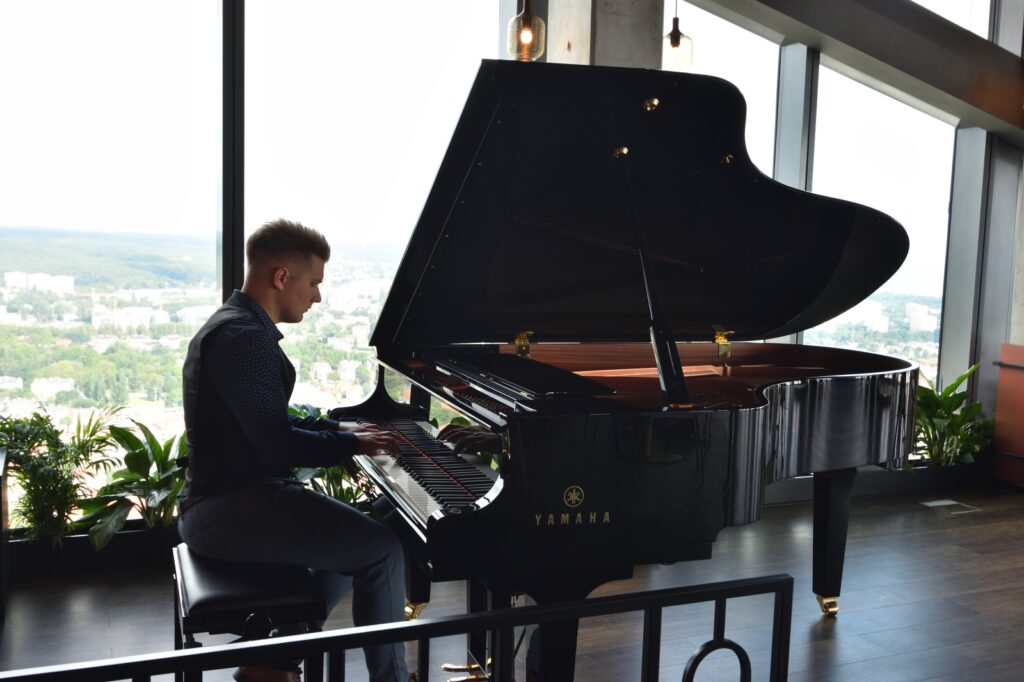 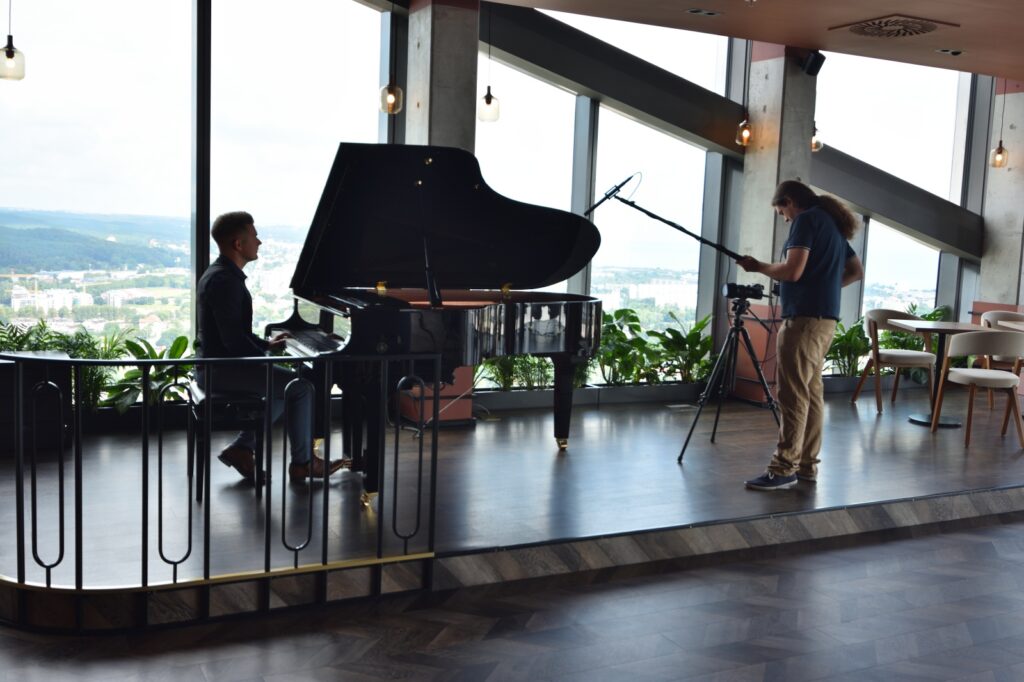 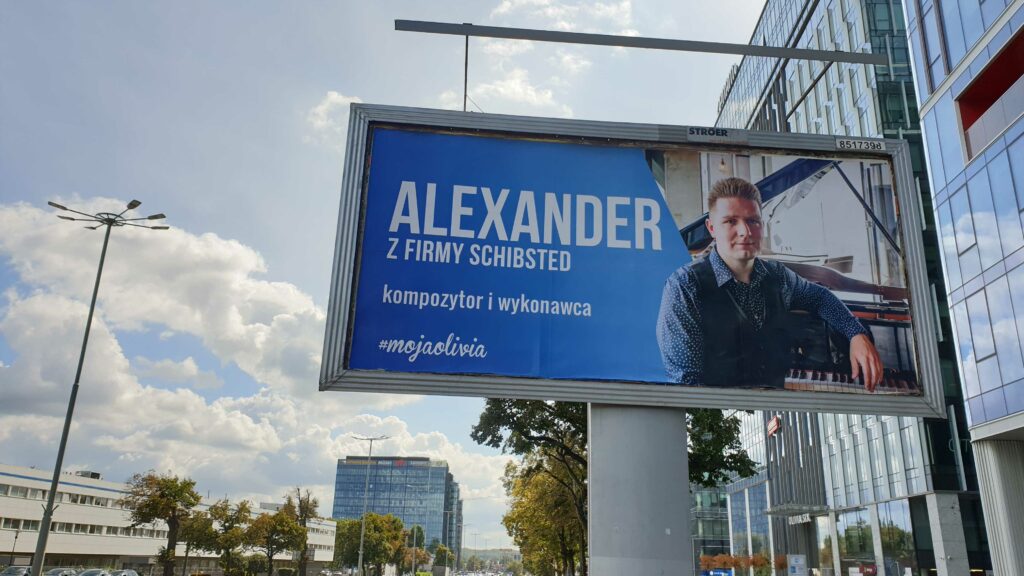