Read about the best Spock’s features to learn how to smoothly test Java/Kotlin applications in a more expressive and readable manner. 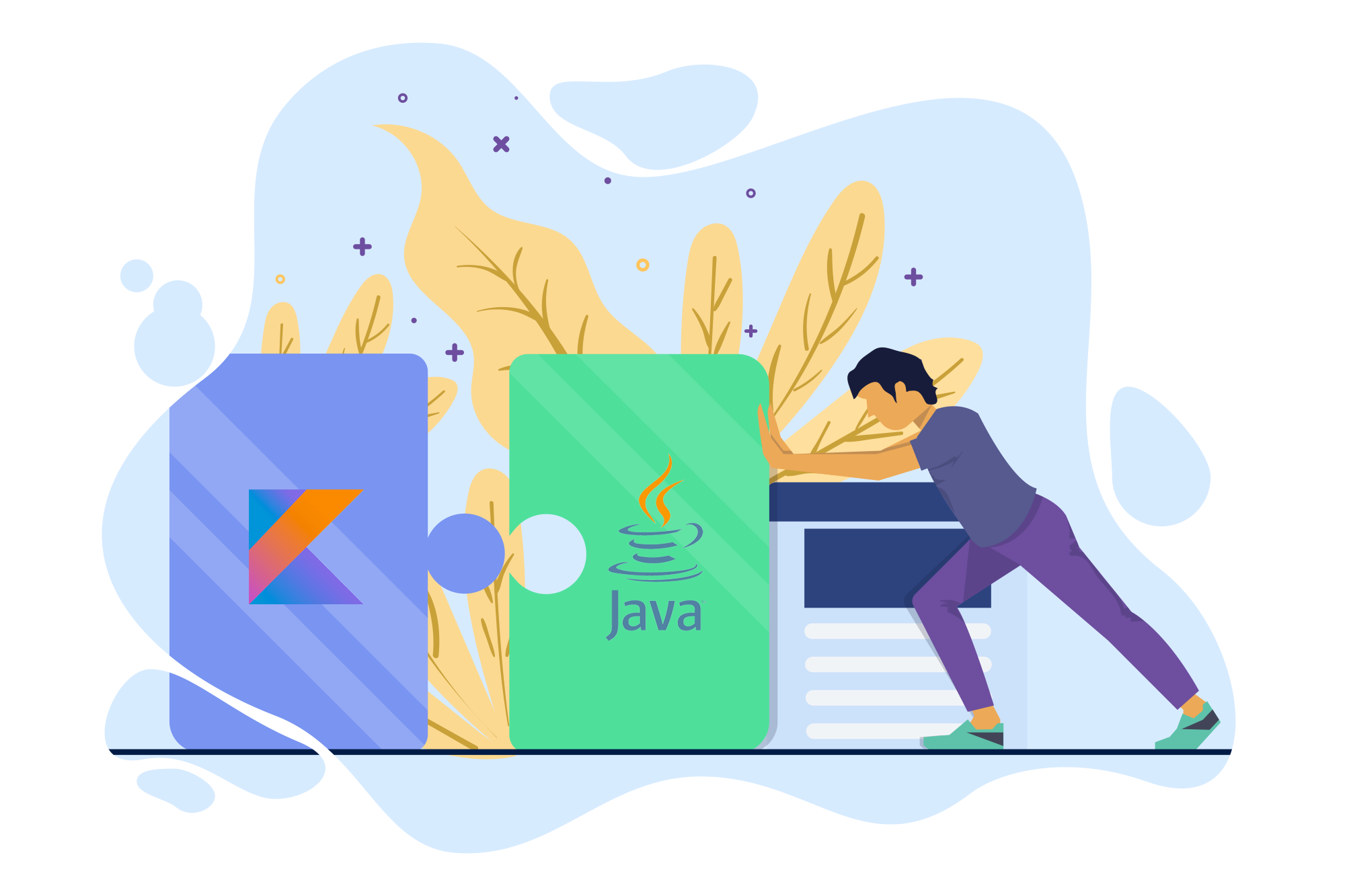 There are many testing frameworks and tools out there, all of them with different flavors, specifications, pros and cons, but the one that stands out the most, in my opinion, is Spock – a Groovy-based testing Framework.

Most of you are probably familiar with JUnit – the most popular testing framework in the Java world. It is widely adopted, reliable and easy to use, but at the same time not always concise and readable. On the contrary – Spock is all that, as it leverages Groovy programming language features. Groovy is a JVM language, interoperable with Java which provides more dynamic concepts and concise syntax. Spock, on the other hand, is compatible with most of the IDEs and build tools. It allows us to write tests, not only for Groovy but also for Java and Kotlin applications in a more expressive and readable manner. In this article, I will try to introduce you to its most interesting features.

First, we need to add Spock and Groovy dependencies to our project.

Also, include a Groovy compiler plugin to our build.

Those dependencies are only in the test scope since we will be using Spock and Groovy only for testing.

What is known as a test class in JUnit is called specification in Spock, while test methods are referred to as features. It is a good practice to postfix specification classes with Spec word.

Let’s closely look at MyFirstSpec class. Firstly, every Spock specification has to extend spock.lang.Specification class. Secondly, feature method names can be written as free text sentences (strings), which makes them easier to read. Lastly, we can see that a feature method body is divided into some labeled code blocks.

This is Spock’s way of organizing test methods and enabling BDD-style testing. Those code blocks can be labeled with optional string descriptions to increase readability. There are seven basic code block types in Spock:

The code that is not under any particular block is considered to be under a given block.

In the example above we have done our test preparation in a given block, then we have executed method-under-test in when block and made an assertion in the then block. The feature method above could be simplified using expect block, in which we combine stimulus and assertions.

When compared to JUnit, assertions in Spock are easier to write and read because they are leveraging Groovy language mechanisms. We don’t need to use any fancy assertion methods, just simple boolean conditions. Also, non-boolean conditions are allowed and they will be evaluated according to Groovy truth.


As you can see, although assert keyword can be used, it is unnecessary to put it inside then and expect blocks. Nevertheless, it has to be used when you want to make assertions in different test sections. Note also, that groovy provides multiple ways of defining string literals, it could be single quotes, double quotes, triple-single-quotes, triple-double-quotes, slashy and dollar slashy. Differences between them are shown in the table below, which can be found in the groovy docs: https://groovy-lang.org/syntax.html. 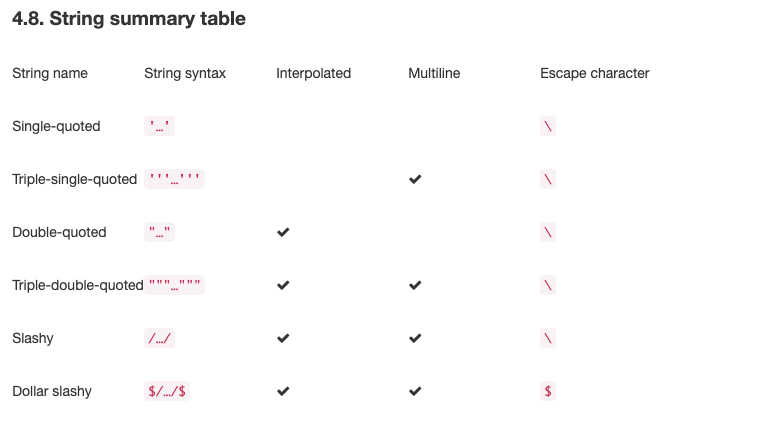 Spock allows us to assert that tested method thrown an exception, in a very clean manner:


Or if we want to check more information about the exception:

For the compiler to know what is the type of the exception, the above can be replaced with:

Sometimes we need to verify more than one condition for a single object. It may be done in a simple way like this:

However, this may seem a bit too verbose. Also, instanceof does not suit everybody. Groovy comes with a lot of built-in helper methods, and the one we can utilize in situations like the one above is with(target, closure):

As you can see, checking if an animal is an instance of Monkey, is not needed anymore because we do a smart casting. The compiler will know that inside closure of with method, it is dealing with an object of type Monkey.

Sometimes we would like to run the same test/feature method for a couple of different data sets (input + output). This is, of course, possible in JUnit, but has been taken to a whole new level by Spock. To emphasize how good the Spock and Groovy combination works for parameterized tests let’s look at some JUnit examples first.

When using a Parameterized JUnit runner it’s possible to achieve what we want, but it seems like a lot of hassle to do a simple parameterization. Test results output is not very informative either:

Let’s try out Theories runner instead.

Fair enough. It’s a bit more concise, but still lacks readability and test results output is even worse than in the previous example.

Here’s where Spock comes to the rescue. Using where block, we can specify not only data pipes but also data tables. Everything is clean, clear and less verbose.


Double pipe (||) in data tables is just a syntactic sugar coating that visually separates input from output parameters. Test results output, though, is still not perfect:

Luckily enough, there is an easy way to improve that. The @Unroll annotation on a feature method breaks parameterized test execution into separate runs and allows also, to template method name like following:

The output is pretty neat, isn’t it?

It is also possible to utilize reflection for the parameterizing method name.

In the example above we used data pipe to inject method name as String and call it by name. Results are as follows:

Sometimes there is a need to test the interaction between objects within the application. It is called interaction-based testing technique and its main purpose is to isolate the logic under test, only to a tested class but not its dependencies, and therefore limit the test scope. It also enables us to verify how the object interacts with its collaborators. JUnit does not come with built-in mocking support. Most of the time we have to use 3rd party libraries like Mockito or EasyMock. Conveniently enough, Spock decided to include mocking capabilities into the framework. Mocking in Spock is lenient, not strict, which means that if we do not specify the behavior of a method, it will respond with a default value.

Assume that we have the following model (written in Kotlin):

Whenever the confirm method is called on a Booking object, it notifies the listener object.
So let’s write a test that verifies that the listener has been notified.

We created a mock Listener object in the setup phase of the Specification and then injected it through a constructor as a dependency to Booking object. Now we can to verify, that when booking.confirm() method is called, with specific booking id, the listener.onBookingConfirmation() is called exactly once with the same booking id. The syntax is simple and very readable: cardinality * target.method(arguments). There are many possibilities of tweaking all parts of the template above. I’ll give you some examples, but if you want to know more, you should look for it in the official Spock documentation.

We can capture the arguments to perform more complicated operations/assertions on them. To illustrate this let’s change our model a little:

So the booking will notify the listener with some additional data that we would like to verify:


And if there is an error in one of the assertions we get nice and verbose output:

Argument capturing is a powerful technique that allows us to do complex assertions and also manipulate the arguments if needed.

Often we not only want to verify how many times the method is called on a mock but also to emulate that it returns specific value whenever it gets called. This technique is called stubbing.

We would like to test that isUserRegistered method, returns true when the user is verified. So we would like to stub repository.getUserState method to return UserState.VERIFIED. It can be done this way:

We can also emulate the method to throw an exception:

It is possible to combine mocking and stubbing in Spock, but the most intuitive approach like the one below, will not work:


Instead, we have to combine mocking and stubbing together:


Note that there are also other kinds of Mock objects in Spock: Stub and Spy. The main difference between Mock and Stub is that the latter can only be used for stubbing and not for mocking, while the former for both stubbing and mocking.

In addition to what has been written in this article so far, Spock comes with a bunch of powerful built-in extensions. They are activated by annotations, called directives.

The most useful ones are:

To create your custom extension, you can write a class that extends AbstractAnnotationDrivenExtension and override any of its methods. In the example below, we are overriding visitSpec method and adding a custom listener which extends AbstractRunListener. Then we can override beforeSpec method of the listener, so we can trigger our custom logic before every specification run.


Extension could be applied to specification class as follows:

To sum things up – Spock is a powerful and dynamic testing framework. It works well with Java, Kotlin, and Groovy and has good IDE support. It’s most important traits in my opinion are: