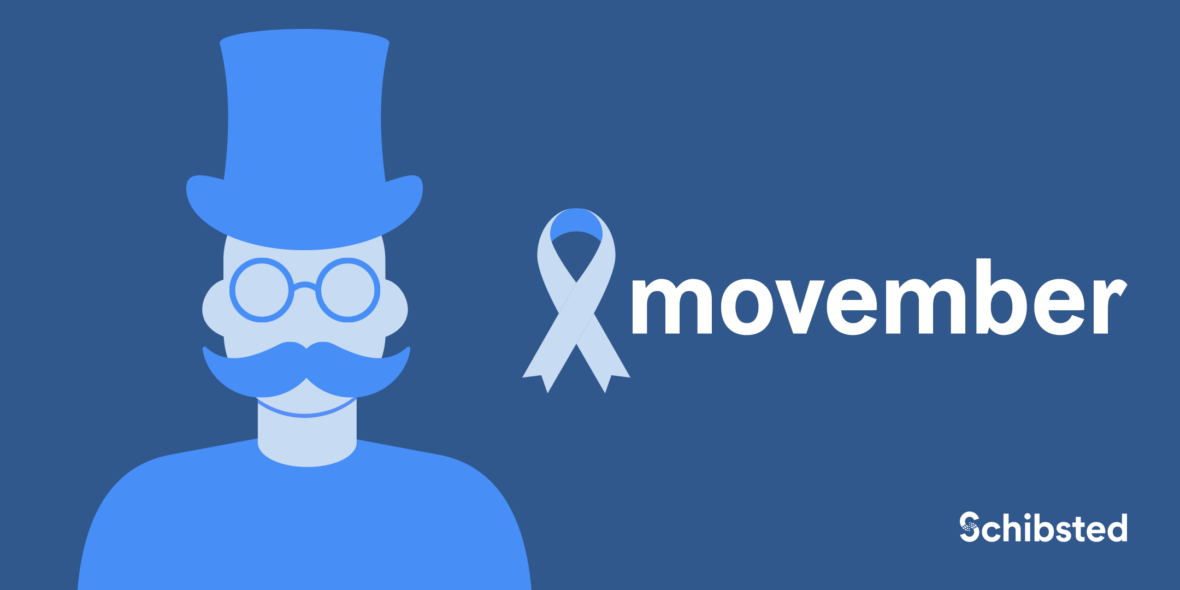 Although there is still a lot of work to be done in the field of physical and mental health, especially concerning men. Each year, more and more people, companies and public institutions across the world become actively involved in the Movember campaign. One of them is Schibsted Tech Poland, which continuously supports employees on many grounds, including their health. Find out what initiatives the company has undertaken as part of the Movember campaign this year, as well as the significance of the said action for the company.

Movember – how did it all get started?

The purpose of the Movember campaign is to raise public awareness of men’s health problems, primarily cancer, along with addressing intimate things in a bold and standardised way. The campaign launch may appear trivial, but it proves that great initiatives can evolve from apparently minor and insignificant things. Movember was conceived by Luke Slattery and Travis Garone, who, in 2003, wished to popularise the trend of wearing a moustache and urged their friends to compete to find out who could grow the biggest one. Hence the name of the campaign derives from a combination of the words ‘moustache’ and ‘November’. The men agreed that a $10 entry fee would be required for participating in the competition and that all funds raised would be donated to a foundation dedicated to organising prostate cancer research. The initiative quickly gained worldwide recognition. Thanks to the involvement of celebrities, non-profit organisations, and global corporations, it significantly boosts public awareness of the importance of regular preventive examinations among men every year.

Importance of the campaign for the company

The participation of Schibsted Tech Poland in the 2021 Movember campaign was acclaimed by many of the company’s employees, not just men. At that time, the most important element of the event was a workshop entitled. “Men’s (un)intimate health”, led by Dr Dominik Chorągwicki, an employee of the Urology Clinical Department of the University Hospital in Kraków, was attended by almost half of Schibsted Tech Poland’s employees. This year, the company is also planning a meeting with an expert to educate and normalise the topic of men’s health. However, in a slightly different way, the webinar speaker will be Jakub Kajdaniuk – coordinator of the Movember Poland campaign, which has been carried out for many years under the slogan “Zrób to dla jaj”.

– By getting involved again in the Movember campaign, we aim to show that health is gender-free. Involvement in the campaign also manifests in putting the company’s key values into practice. We are an organisation whose core values include concern for all its employees’ health, wellbeing and comfort. That is why we cannot remain passive when it comes to the campaigns such as Movember but instead support its recognition – says Katarzyna Schierle, People Advisor at Schibsted Tech Polska.

The operations of the company’s Polish branch will not be limited to Poland. This year, employees from the other branches, Sweden, Norway and Finland, will also be able to join Jakub Kajdaniuk’s planned webinar.

November is not the only month in which Schibsted Tech Poland reminds people of the importance of taking care of their physical and mental health. The company regularly encourages everyone to have check-ups or flu vaccinations by offering reimbursement for employees. It is equally keen to organise events on mental health and provides the opportunity to take advantage of the Breath programme, through which every employee can benefit from free sessions with a psychologist. But that’s not all! Along with the company’s transition to remote work during the pandemic outbreak, STP has also ensured the comfort of its employees by allowing them to arrange their own at-home office following ergonomic principles. There are also many campaigns behind the company to support its employees’ fitness and physical activity, including taking part in business runs or counting steps or kilometres as part of environmental and charity campaigns.