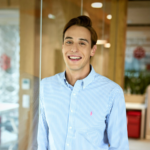 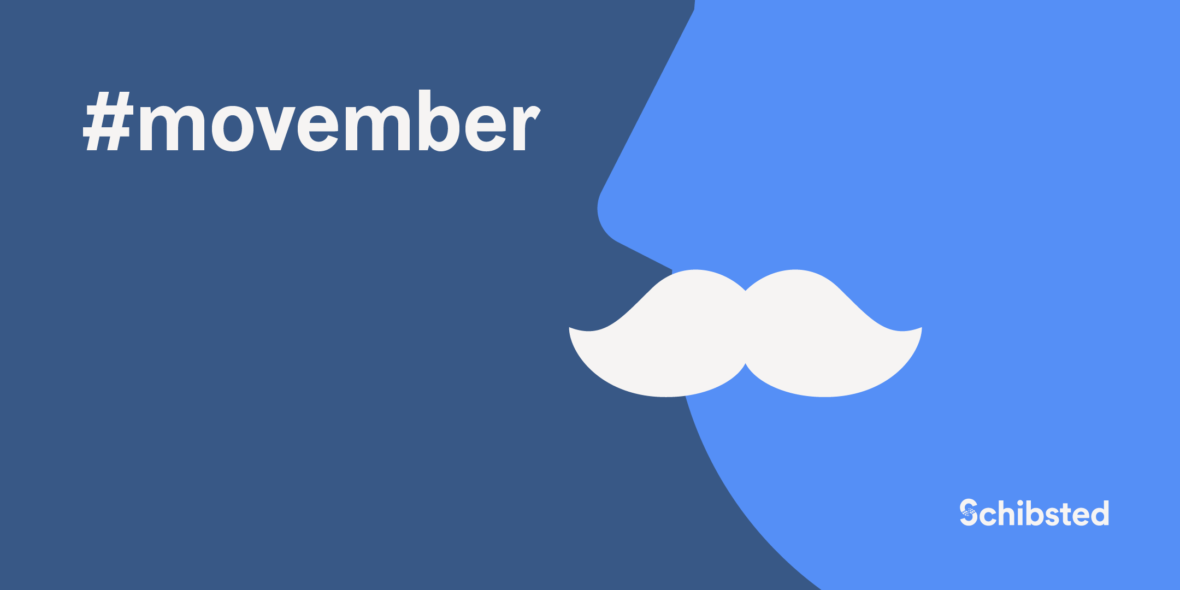 Despite the fact that there is still a lot to with regard to social awareness about male health, every year, more and more people, companies and public institutions globally are actively involved in the Movember campaign. This allows for reaching a wider audience with the message on the importance of preventive healthcare. This year at Schibsted Tech Polska, November was devoted to moustache as well. Paweł Szonecki, Employer Branding Specialist at Schibsted, reveals why the company is so eagerly involved in social campaigns such as Movember – and what effects are achieved thereby.

The objective of the Movember campaign is to raise public awareness of male health problems, primarily as far as cancer is concerned. The name is a combination of the words Mustache (mustache) and November (November). It was initiated in 2003 in Australia by two men: Luke Slattery and Travis Garone, who, wanting to popularize the mustache trend, persuaded their friends to compete and see who would be able to grow the biggest moustache. However, they decided that they would do something good on the occasion. They agreed that the requirement for participation in the competition would be the payment of $ 10, and all the funds collected thereby will be transferred to a foundation that organizes research on prostate cancer. A year later, their campaign, which has since become a cyclical event, was joined by the people from other countries – including Poland. The campaign quickly gained global recognition, and thanks to the involvement of celebrities, non-profit organizations and global corporations, it manages to significantly increase public awareness of the importance of regular preventive examinations among men each year.

Statistics show that testicular cancer is the most common type of cancer among men under 40. What is important, it is completely curable, but there is one condition – it has to be detected early enough. That is why prevention plays such an important role, consisting in regular self-examination and quick response to any changes or ailments. On the other hand, among the men aged over  40, the prostate cancer is the second most common disease, after lung cancer. In this case, the risk of developing the disease increases not only due to genetic conditions, but also as a result of an inappropriate lifestyle and poor diet. In this case, health prevention involves not only regular examination, but also general education on the importance of lifestyle, the positive impact of physical activity on health and the principles of a balanced, nutrient-rich daily diet.

The annual fight against shame and stigma

The objective of the Movember campaign is also to break the taboo of preventive examinations, self-examination or general care for health, which still prevails among many men. Therefore, more and more attention in the Movember campaign is also given to mental health. Unfortunately, in Poland there is still a stereotype of a “real man”, identified with endurance and physical strength. At the same time, it happens that even the international brands, in their advertising, use slogans such as “a real man is the one who not ask for help”. This is very harmful communication, especially when we take into account that men are much more exposed to mental problems than women, and at the same time are still ashamed to admit them or go to therapy. Therefore, taking up topics related to men’s health and prevention is all the more important and necessary. It is necessary to break the taboos around the concern of men for their health and physical and mental well-being, and educate them so that regular examinations are no longer considered a source of shame.

Schibsted Tech Polska’s participation in the Movember campaign was greatly supported by all employees, not only among men. – Health has no gender and we should learn to talk about it together and openly – says Paweł Szonecki, Employer Branding Specialist at Schibsted. – Our involvement in the Movember campaign is a manifestation of the implementation of the company’s key values in practice. An organization in which DNA is concerned with the well-being and comfort of employees cannot ignore projects of such social importance in its strategy, adds Paweł Szonecki. The most important element of the “Movember” campaign organized by the company were the workshops entitled “Men’s (un) intimate health”, which was hosted by lek. Dominik Chorągwicki, employee of the Urology Clinic of the University Hospital in Krakow. Almost half of Schibsted Tech Polska’s employees participated in the meeting, both in person and online. – The event was received with enthusiasm, which was also proven by the survey conducted afterwards – says Paweł Szonecki. – As many as 90% of participants rated the event as five, on a five-point scale. In addition, two people who participated in the event admitted that, having the knowledge acquired during the workshop, they made an appointment with a doctor. We hope that there will be even more such effects – adds Paweł Szonecki. 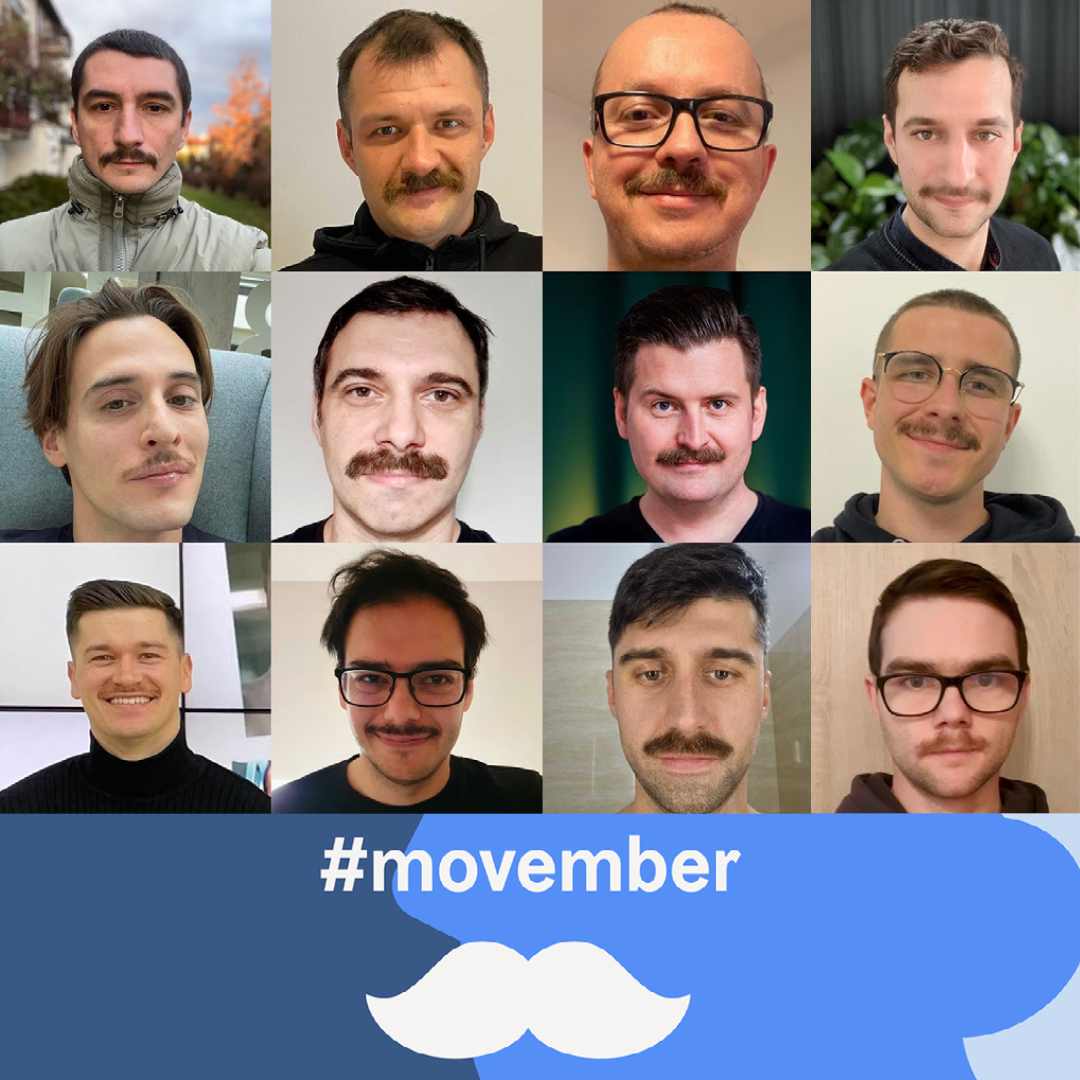 Schibsted Tech Polska tries to encourage its employees to take regular checkups not only in November, but throughout the year. The company also regularly encourages flu vaccination by refunding its costs for employees. The company is equally serious about mental health, organizing cyclical events focused on this subject, and as part of the Breathe program, each employee has the opportunity to take advantage of free sessions with a psychologist. Schibsted also cares about the well-being of its employees on a daily basis. When the mode of work was changed to remote, each of the employees was given an oportunity to adapt their home office according to the principles of ergonomics. – We are aware about the importance of exercise and a proper lifestyle in caring for health, which is why as part of pro-health projects we organize actions to do a certain number of steps and kilometers daily, which are later exchanged for financial support of charitable causes, encouraging employees to increase their physical activity – emphasizes Paweł Szonecki.

However, in Poland still few companies are involved in key importance projects, especially if these are not currently “fashionable” topics – and unfortunately such topics still include concern for men’s health. Schibsted Tech Polska, however, gives its opinion on the most important issues for society, such as concern for health, defending equality, preventing discrimination or fighting for freedom of speech and the press. – Behind each value with which the company identifies itself, there is also a specific action – comments Paweł Szonecki. – As an organization for which the idea of diversity & inclusion is important, in 2021 we were actively involved in two Pride Marches in Poland, also supporting them financially. We also pay great attention to ensuring that the values that Schibsted identifies with are shared by our employees – adds Paweł Szonecki. One of the three elements of the recruitment process at Schibsted Tech Polska is the stage of “culture fit” verification, i.e. seeing if the candidate matches the culture of the organization. The company appreciates people who are proactive and ready to engage in significant pro-social activities. First of all, however, the company shows its own commitment to social issues, as exemplified by the participation of Schibsted Tech Poland in the Pride Marches in Poland or actions like Movember.