The task was clear: Help Swedes lose weight!  But for the developers the biggest challenge was to get good communication and a continuous delivery process in place. 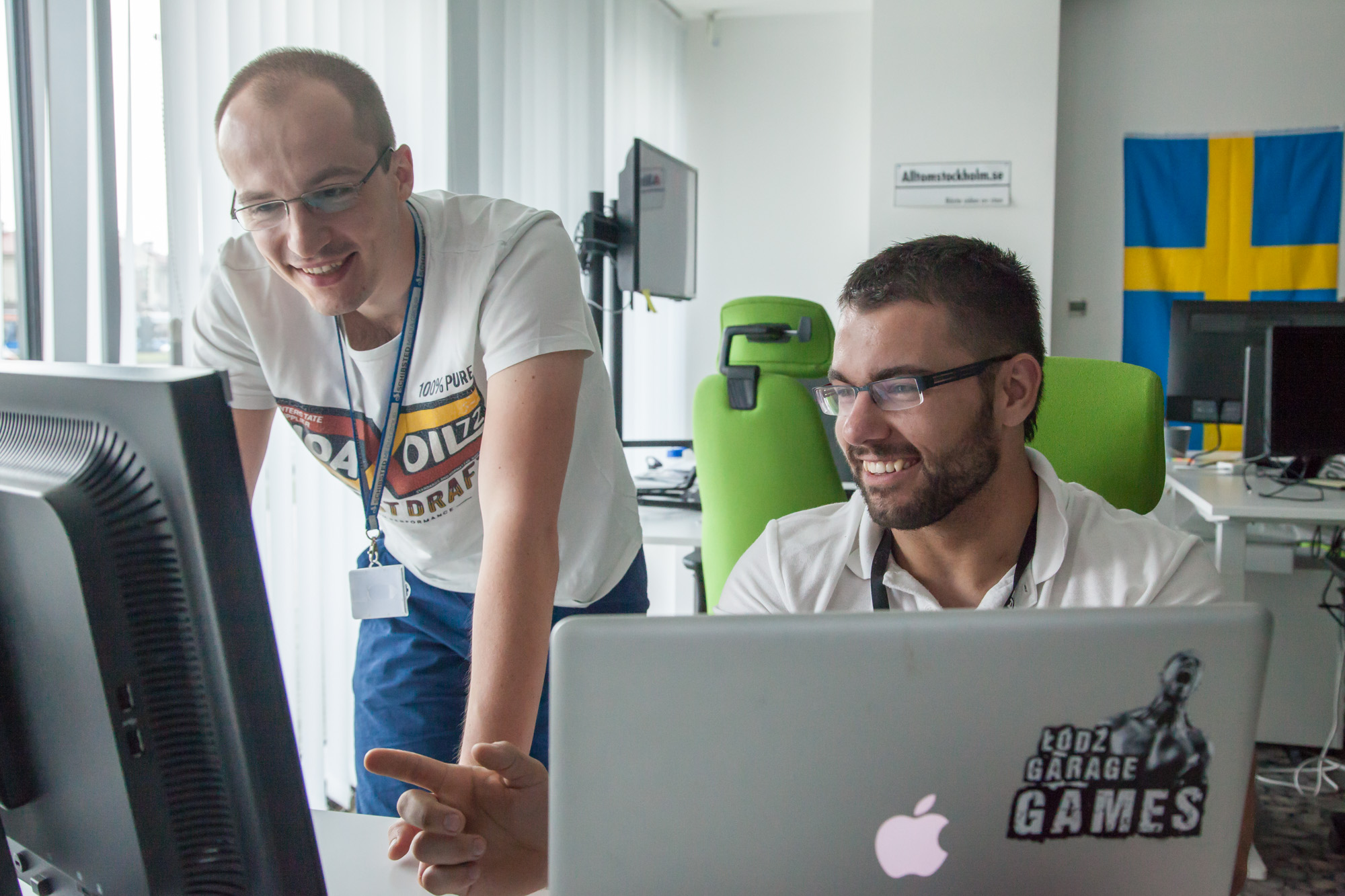 With more than 20.000 members Aftonbladet´s service Viktklubb (“weight club”) has established itself as a leading service to help Swedes lose weight.  The paid service helps users log food and exercising to track their progress – and offers thousands of recipes of healthy food as well as experts advice and articles about healthy living.

With 20.000 members Aftonbladet´s Viktklubb is a leading service in helping Swedes lose weight

But the user experience using mobile phones was not good enough. In April started the project to develop completely new native mobile applications for both iPhone and Android.

Now the two mobile apps are about to be launched in both App Store and Google Play promising a siginificantly improved user experience for Viktklubb´s members.

A distributed team in Aftonbladet in Stockholm, Sweden´s largest newspaper, and Schibsted Tech Polska in Krakow have developed the apps together. In Stockholm was a project manager, product owner, UX designer, back-end developer, 1-2 IOS developers as well as a tester. The team in Krakow consisted of two IOS developers (including scrum master) and 3 Android developers.

– In a project like this communication is crucial, explains Maciej Walczyński, leader for Aftonbladet´s mobile team in Schibsted Tech Polska.

– We therefore started with a three-day kick-off in Stockholm with all project participants. And we discussed a lot, as is necessary. Roles and responsibilities were laid out. In the beginning there were different ideas and views before we could finally agree on how to move forward smoothly.

Wireframes had already been made – and the team created and threw away a number of prototypes before choosing the direction.

Great emphasis was made on making it as easy as possible for users to log meals and search for food products. This required good integration with a backend database of food products, exercises, recipes and other information.

– We decided that high quality and user experience was more important than number of functionalities, explains team leader Maciej Walczyński. 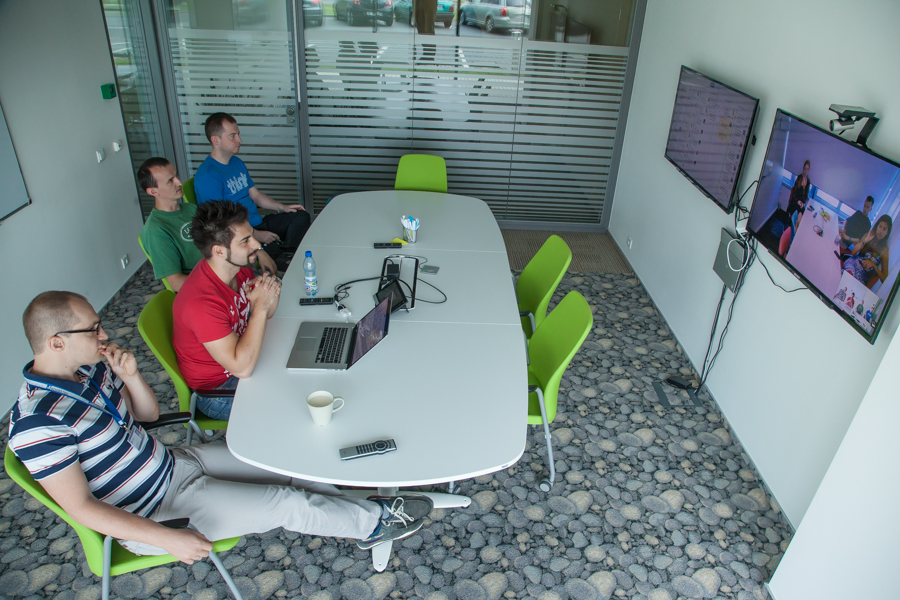 There were lot of topics to discuss as development progressed, and the team decided never to skip stand-ups.  Every day participants in Stockholm and Krakow met on video for 15 minutes – and every second week a demo was held.

– Many programmers, including myself, like to make adjustments to Scrum. In this case we decided not to. We worked very close to what is perceived as “proper Scrum” in this project. It was not an obvious choice in the beginning, but what it evolved into being.

The team also used other tools as needed to work well together, such as Jabber, Google Hangout, Lookback and HockeyApp.

– What were the biggest technological challenges?

– We are a very young team and had been working only some months together. Therefore creating an efficient workflow from start to end, using continuous delivery, was the biggest challenge. We managed to set up a very nice process, which gave a lot of value, especially to the developers themselves.

The continuous delivery process included elements such as analyzing code on the fly, running automated tests and fast deployment of new code.  Through this all participants, including UX designers and project manager, always had access to the latest version of  the code.

For the developers the absence of distractions is the biggest benefit with this way of working. You can focus on coding, and not helping others get a copy of the latest or specific versions of the software, explains Maciej  Walczyński.

– In short we focused on doing the crucial and time consuming tasks like authentication mechanism in the beginning of the project. It really pays off to do it properly.

Another challenge was how to develop both the IOS and Android apps simultaneously and efficiently. Although the apps were to offer the same functions, the operating systems make different challenges for the developers.

– It can be tricky to organize planning and communication in  a project like this. We don´t want to disturb project members with meetings about topic they don´t need to get involved in. Our solution was to separate the planning for IOS and Android, but still bring it together in an agile way as needed.

Team fit for the job

Now the team is eagerly waiting for how Swedish users will like the new app – at the same time as new features are being planned.

– And what about the team members? Are they also eagerly losing weight now testing the new app?

– Actually we have a very fit team! One is weight lifter, another is doing cross-fit, a third is ultra-marathon runner and in Stockholm we also have a member who is really into cycling.

– So I would rather say we are a team well fitted for the project! 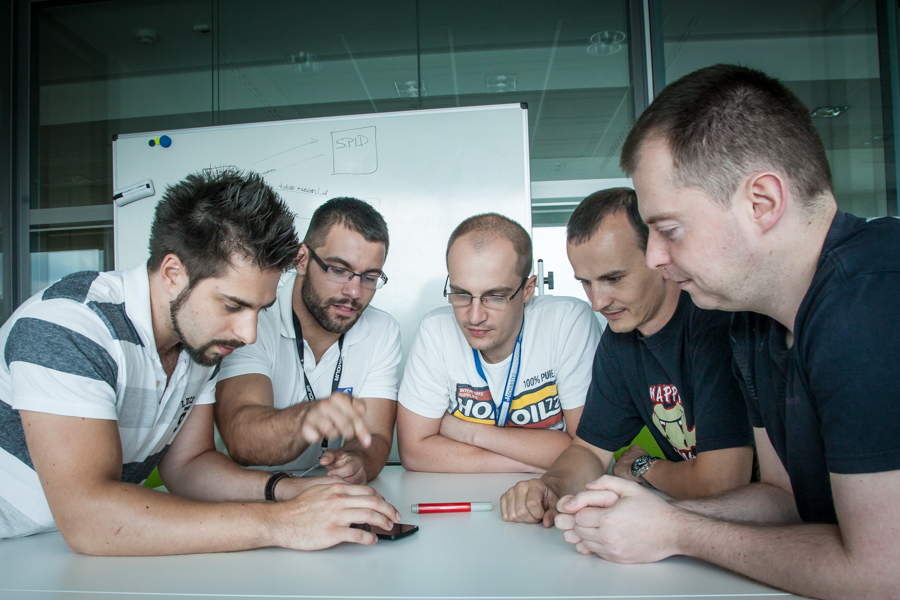