Check out the recordings of the Web Talks by AWS User Group #50, made with Schibsted! 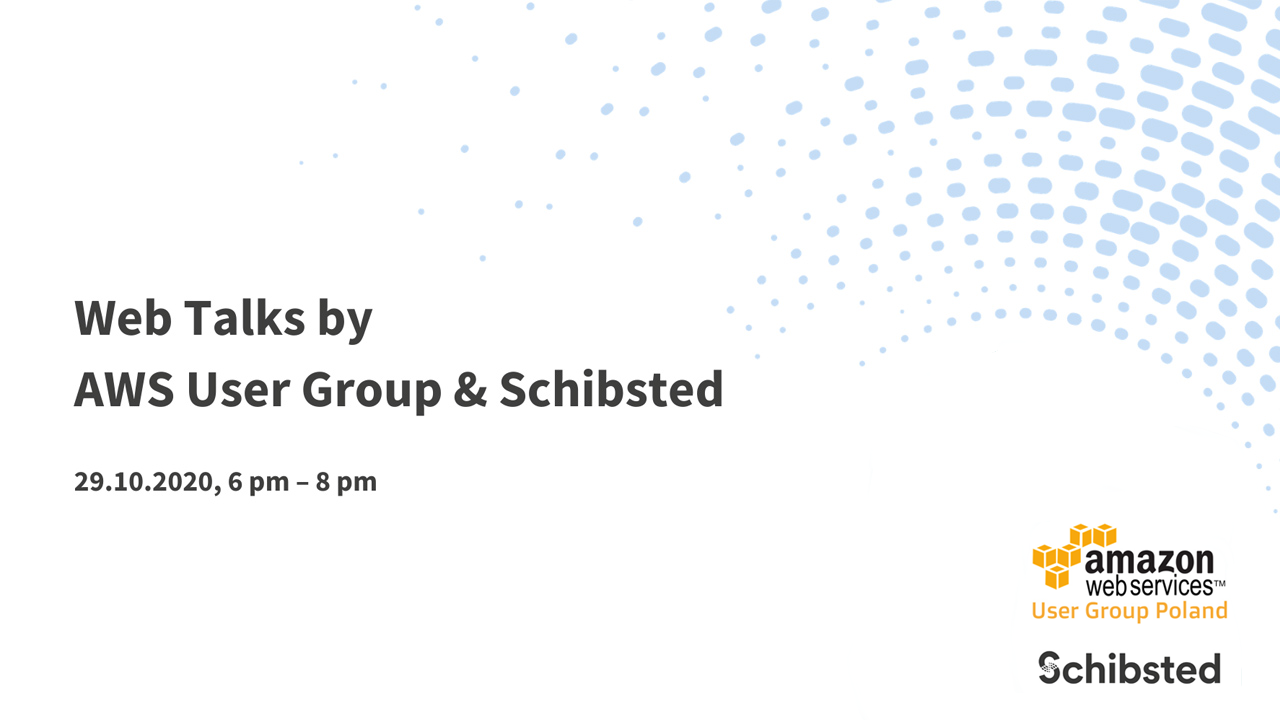 Before you watch the recording, take a moment to look which topics were covered during the 50th edition of AWS User Group Kraków meeting and meet the brave speakers of this event:

While Lambda@Edge was announced in 2017, it is still not that widely used. In the presentation, I’d like to talk a bit about how we use it in Schibsted. The presentation will consist also of some Terraform code snippets (cause in Schibsted we ❤ Terraform).

“How to test (server)less” by Ozan Berk Onal & Michał Szkarłat

We were talking about:

· Dealing with security groups and policies.

· How we build an automation flow of end-to-end tests?

· Running integration and e2e test suite inside the cloud.

Bio:
Ozan Berk Onal: I have been working as a QA Engineer since 2015. I have developed automation projects for UI, API and E2E. I am passionate about automation tests. I have been developing my projects using Java since 2017 before that I have worked with Ruby and Python. Currently, I am struggling with test on AWS. During my free time, I love reading European Classics books mostly Russian literature, drinking beers. I am also passionate about traveling and nature.

Michał Szkarłat: I am a computer science student, who started working with cloud solutions over a year ago. The desire to new technologies led me directly into centre of cloud engineering, where I began my journey as a Software Developer in Test.

Here is the recording. Enjoy!