An iOS developer at Mobiconf 2016 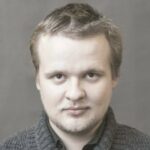 In this article I would like to share with you my opinion and feelings about Mobiconf 2016 – mobile related conference in Kraków (Poland) which took place 6 – 7th October 2016.

When you search for iOS conferences on Lanyrd you will find more than a 1900 events (past and future) across the world! But even though the choice is big, picking a good and valuable conference is a tough task.

I wanted to tell my thought on this year’s edition of Mobiconf. The conference (same as in previous years) offered 3 tracks – “Everything Mobile”, “Android” and “iOS”. My review is a mix of “iOS” and “Everything mobile” tracks, but if you have any questions about the “Android” ones, feel free to ask them in comments, so my colleagues could answer them.

A big surprise for the people at Mobiconf is a mobile party. Indeed, it is a mobile! The party is in a tram that travels around the Main Square in Cracow and around the city. The tram party is simply great every year! After this unforgettable journey, you can join other people to have even more fun at the afterparty. 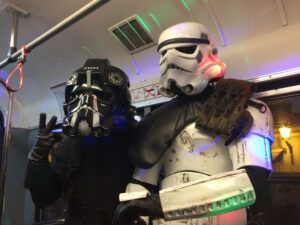 If you’re reading this blogpost, it’s likely that you’re considering attending Mobiconf next year. The tickets are rather cheap, early-birds start from 100 EUR. They go up to 150 EUR as a normal price before the conference. It’s a two-day-long conference with a party, some well-known community speakers and some other less-known ones.

So if conferences are your excuse for traveling around the world and you love great parties, then feel free to book the 2017 tickets! But if you look for a conference that will teach you a lot, then I suggest waiting for the full agenda.

Disclaimer: I was a person responsible for the 2014 and 2015 editions. But I was not involved in organizing 2016 edition and thanks to the Mobiconf organizers I was attending as a media.