5 video games you must have in your office 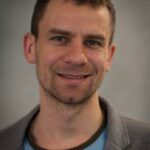 Everyone knows that a happy employee is a productive employee. This is the main reason why companies invest a lot money to create perfect environment at office. And get video games for their staff. 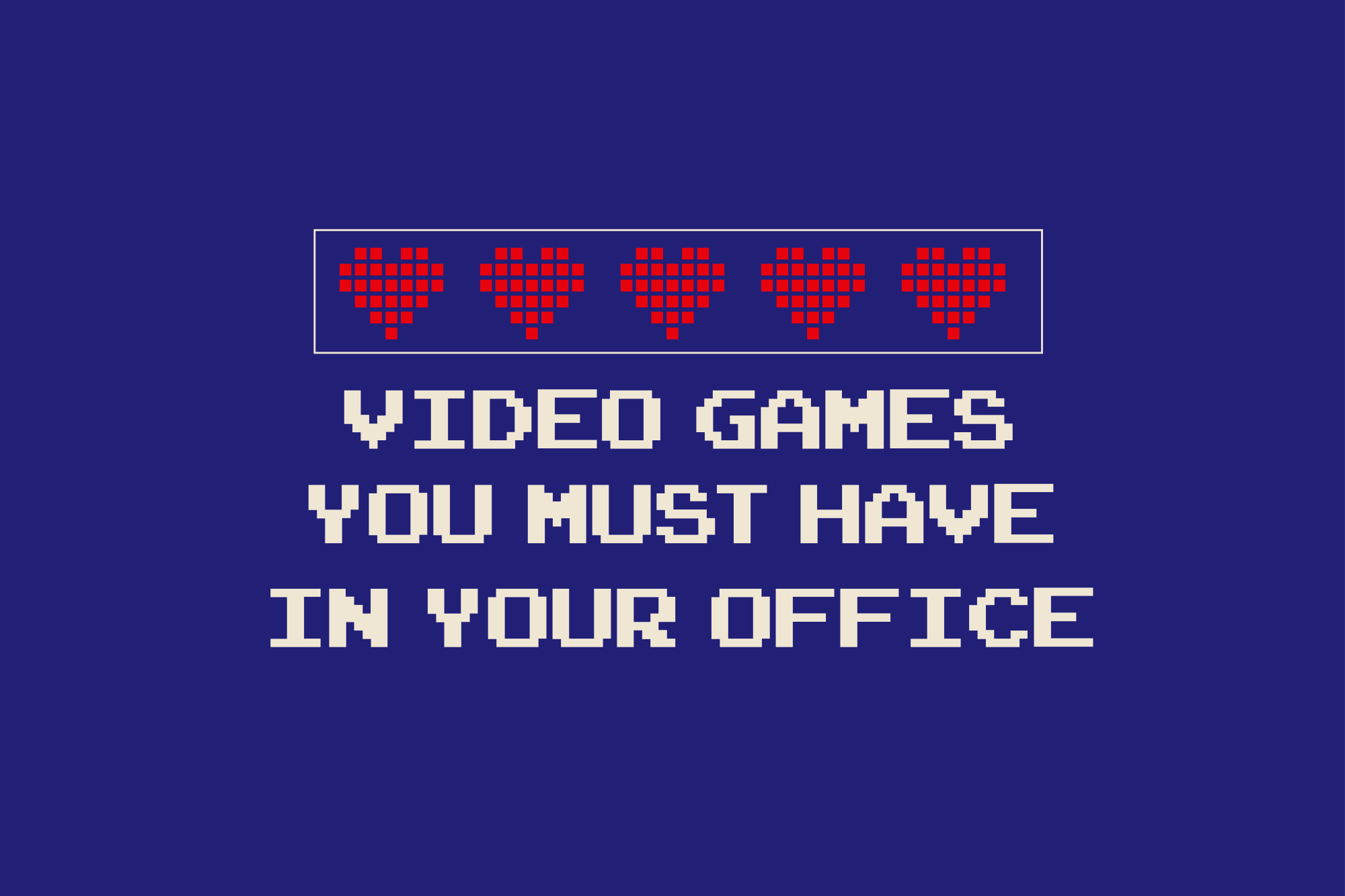 Different people care for different things. Some like to have private medical care or life insurance. Others, prefer well-designed office with silent spaces for reading, resting or working in peace.

There is one more type of people. They are very active and have a lot of energy. They can not sit at their desk for a whole day. So their employers offer them football tables, pool tables, and game consoles.

If you are so lucky and your company cares about creativity and comfort inside you will have all described benefits or even more.

Games: how they work?

Video games help gamers to increase the reaction time, improve manual skills and learn how to co-operate in order to achieve goals. What games are the best for company’s office? Read list of 5 video games best for local multiplayer created after many hours of experiments.

# 5. Lara Croft and Temple of Osiris 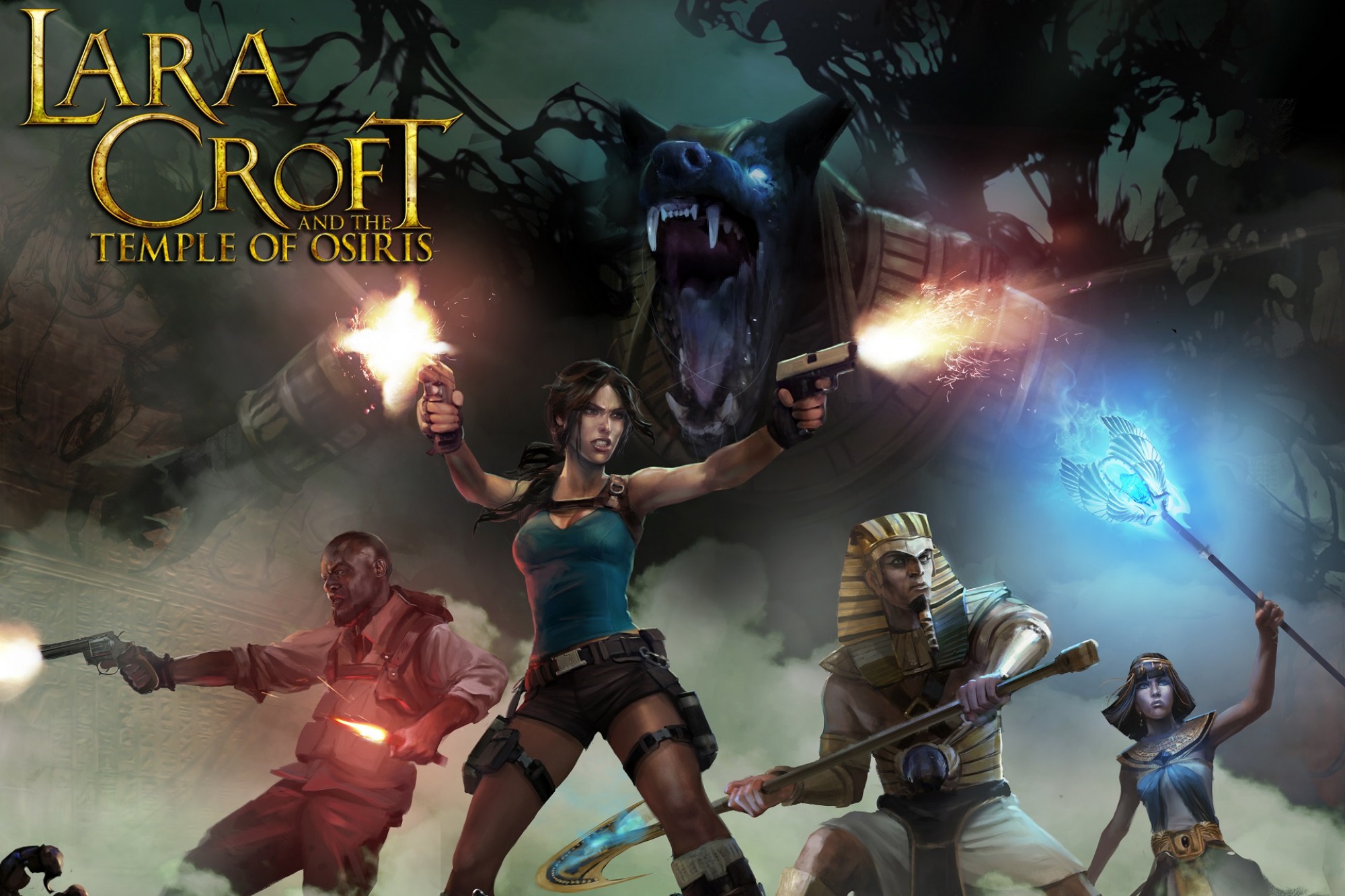 Lara Croft is very popular video game character, mostly known from classic 3D action games. Lara Croft and the Temple of Osiris is the sequel to the critically-acclaimed Lara Croft and the Guardian of Light game released in 2010. Original gameplay and the game system offer great visuals and an interesting story.

The game is first-ever four-player co-op experience with Lara Croft. The biggest advantage of this game is a multiplayer mode for players who must work together to explore the temple. People have to avoid deadly traps, solve puzzles, and defeat hordes of enemies from the Egyptian underworld. At the same time, they compete for powerful artefacts, treasures, and ultimate prizes. 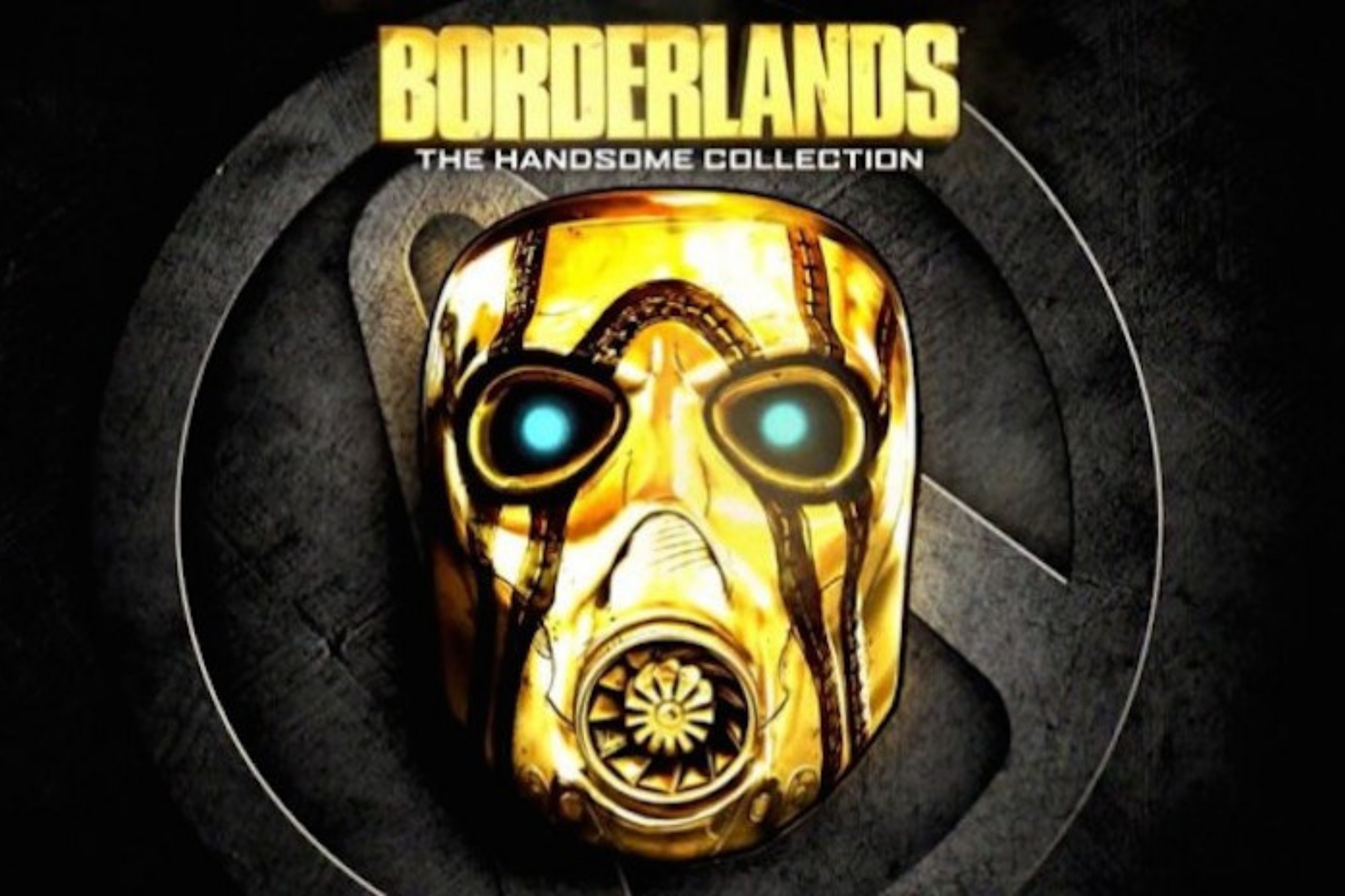 Borderlands is a first-person shooter video game series published by 2K Games. Steampunk atmosphere and cell-shading visuals are well-known advantages of Borderlands games. Players love the whole universe filled with interesting characters, defined rules, and a very characteristic sense of humour. Handsome Edition is a composed of remastered Borderlands 2 and Borderlands: The Pre-Sequel! games for PlayStation 4 and Xbox One.

The only thing better than playing this crazy game can be playing together with up to 4 players, enjoying the split-screen mode offered by the Handsome Edition. Make sure to invite your friends to maximize the fun. 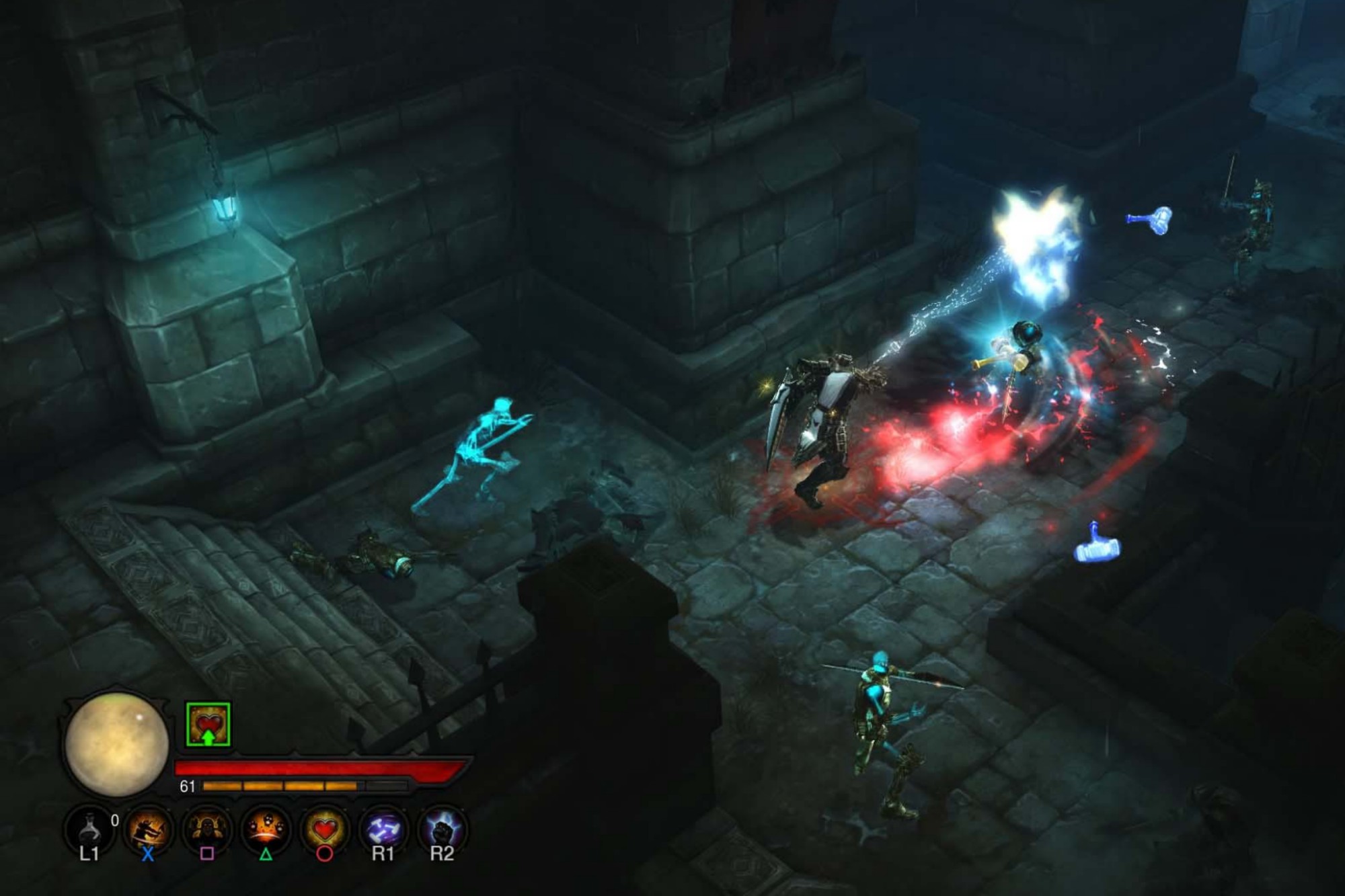 Diablo is hack-n-slash game which originally showed on PC in the mid-’90s, but Blizzard improved its franchise and the last game: Diablo III, was released on video consoles too. Many players were sceptic how would the developers solve the problem of steering without a mouse, and with a gamepad only, however, Blizzard created great interface in the console version. Additionally, The Reapers Soul added a new 5th chapter and introduced more challenges for the players.

The campaign itself is a solid gameplay. However, the Adventure Mode, Nephalem Rifts, and lot of loots is what will keep you coming back. The gameplay with up to 4 players locally on the same screen is a great occasion to test team skills against the army of infernal beasts. 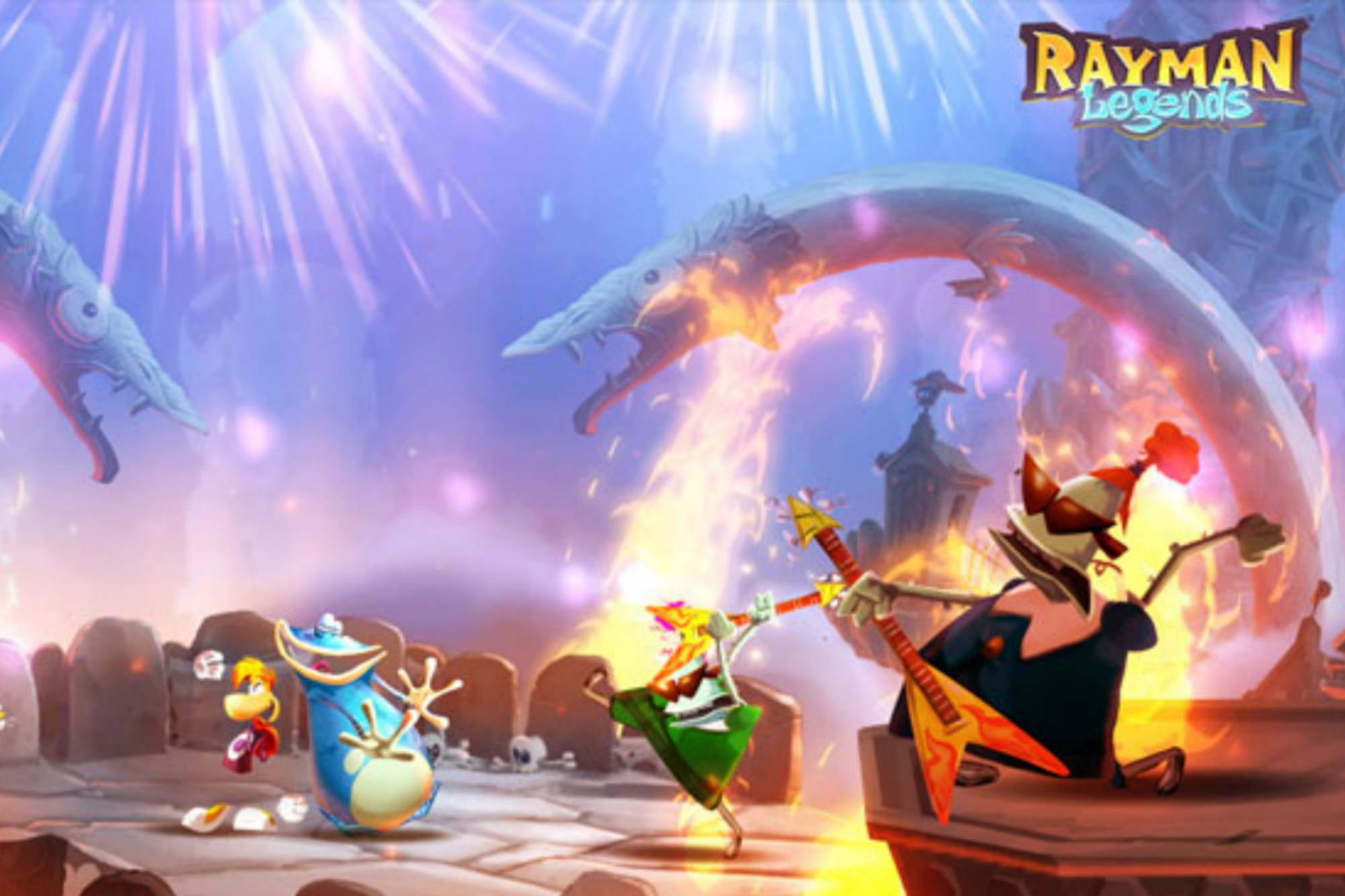 Well-known characters like Rayman, Globox, and the Teensies decided to save the world! To do this, you will run, jump, and slap together through many levels. Collecting looms and discovering secrets has never been so interesting before, especially with up to 4 players. Rayman Legends offers awesome graphics and non-stop fun with great humour. Fight with epic creatures, accept online challenges, and try to be better than your friends. 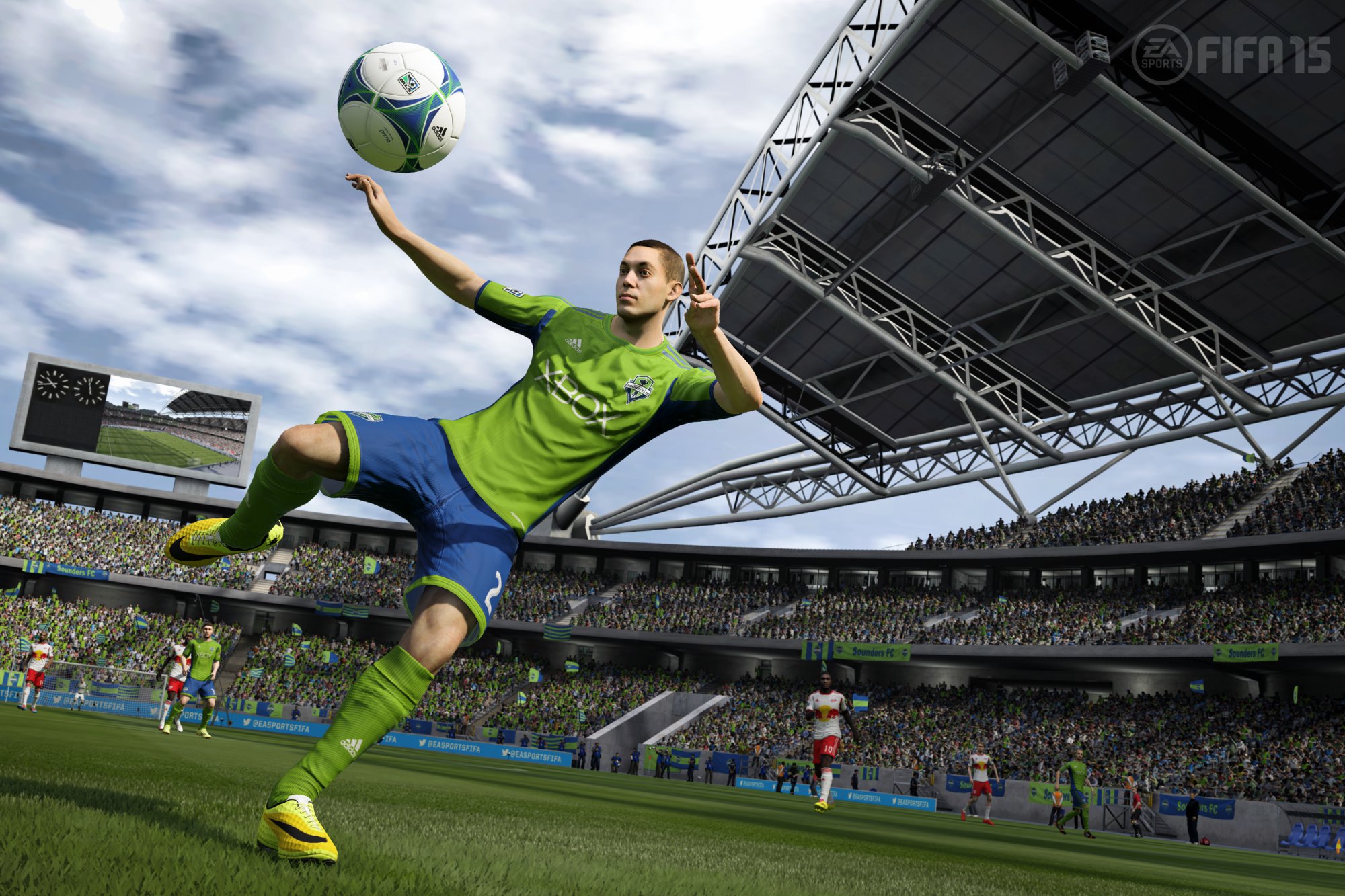 Electronic Arts has been one of the biggest publishers for many years, especially with the whole bunch of sport games released each year. FIFA in one of them. This is a very popular football simulation game, although it is not perfect. The developers inform about many changes but for the players the gameplay is the most important.

Nowadays Fifa became total entertainment game with Campaign Mode, Match of the Day, Fifa Ultimate Team, and many other features interesting for a single player. It also offers Fifa Quickplay for multiple players: it is a perfect option for short matches with friends. Imagine 2 or 4 people sitting next to a TV and competing with each other for 10 minutes. It is fully entertaining, especially when you see an accidental goal and hear unsatisfied comments. Believe me!

The list above is not complete. Yet it is very close to a perfect list of local multiplayer video game for PlayStation 4. These games have high and very high scores on most reviews, but our list is generally based on personal experiences. It’s the combination of the time spent on playing games and the feedback from people expressing their feelings. This way I was able to come up with the list of 5 video games that are a must have in your office. 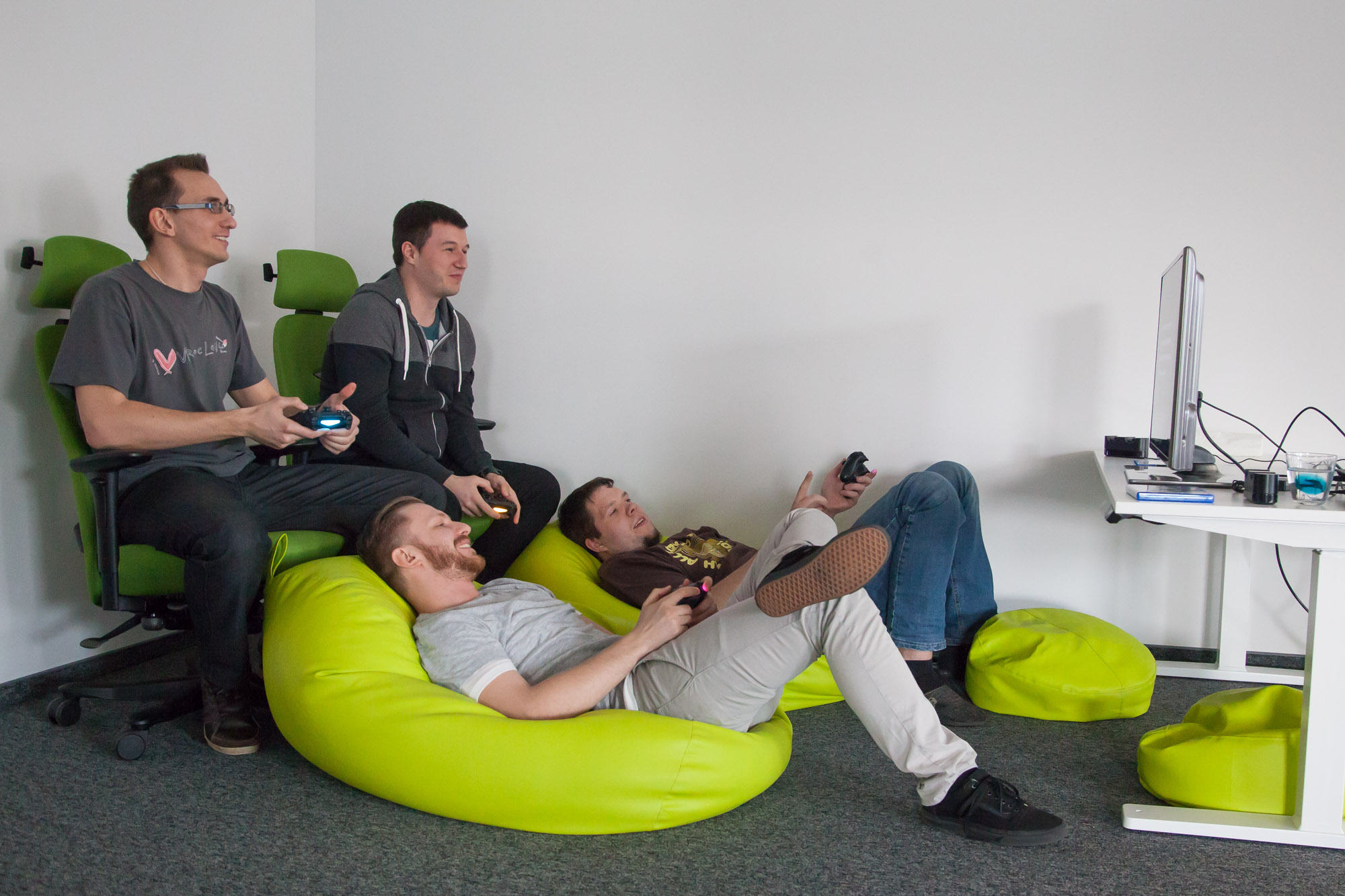